Sui Lin, Irene, Cris, Ben and I headed to Atmosphere for Yit Meng’s birthday. He opened 6 bottles of whisky! However, Meng couldn?t bring us in and we had to fork out our own money to get in. The KCC (KENT clubbers) members paid RM20 while, non-KCC members like me, pay RM40. Fuck up KCC, they kicked me out from the club cause I’m not a smoker. Ha ha.

Music was so-so. I thought the Japanese DJ was going to play hard techno for us but it was too slow for me. I want to fengtau!! (Fengtau = a typical Malaysian Ah Beng dance that involves shaking the head non-stop)

Meng was almost gone by 2AM. He was running away from his friends and took refuge at our place. My god, he was like a drunken chick, running around hugging people. I bet he doesn?t remember what he did, the next morning.

Alright, I got to sleep now. I have to get out from the house at 7:20AM to play football. Good night everyone. 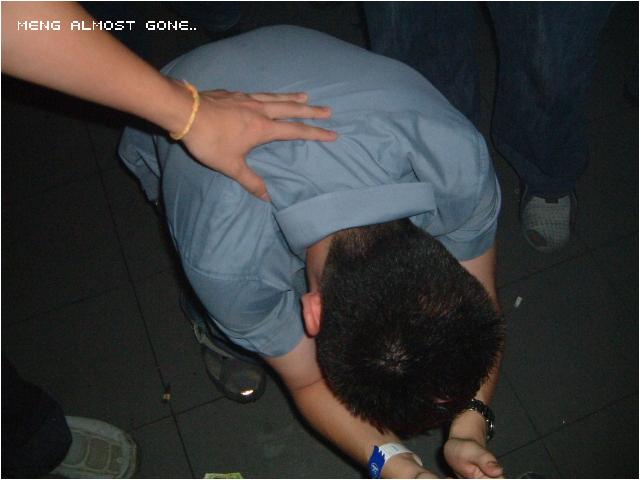 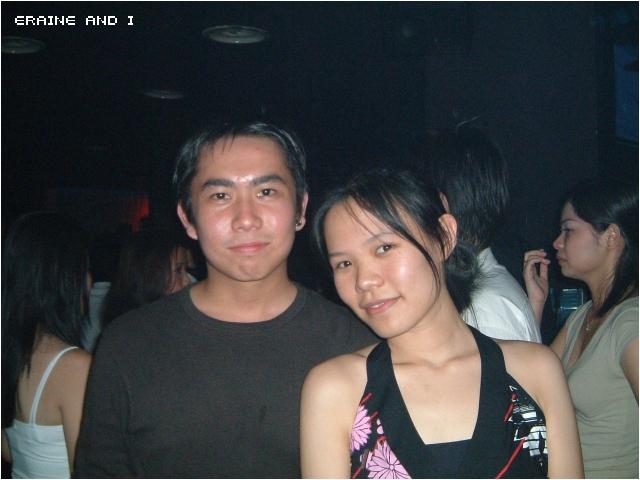 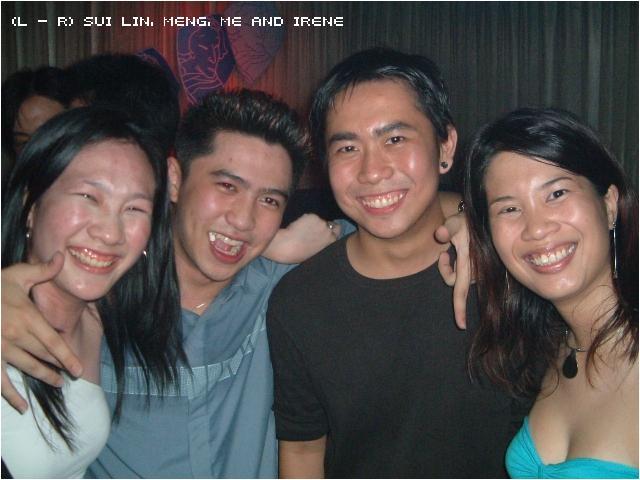 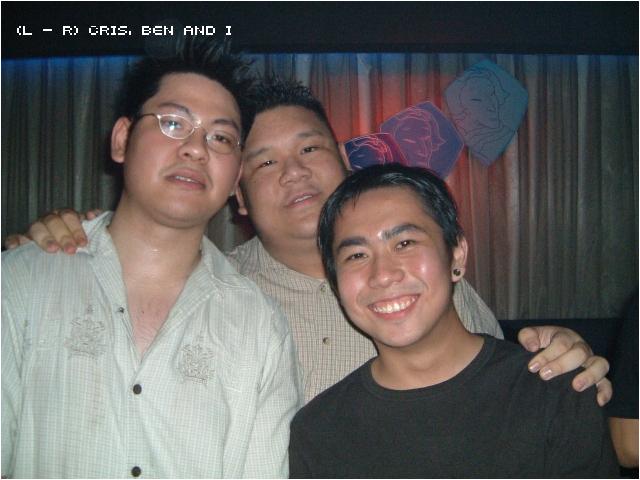 5 thoughts on “atmosphere for meng’s bday”