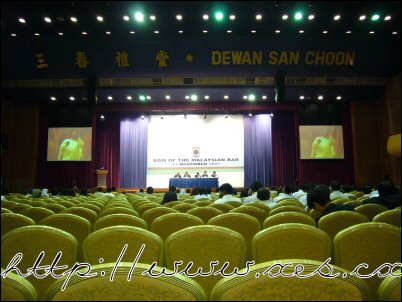 Early June this year, a stray cat came into my house and gave birth to 4 kittens. Instead of kicking them out from the house, we decided to rear them and give them food and shelter. We would pack our leftovers for the stray cat. 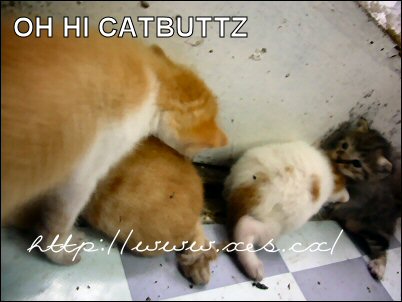 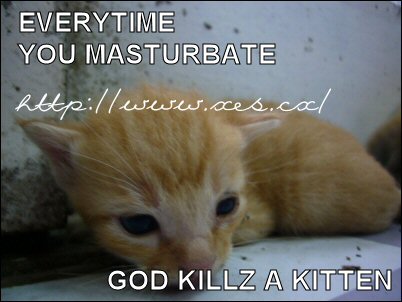 One day, the stray cat disappeared with its kittens. But few days later, she came back with 3 kittens. 1 kitten was missing was never to be found.

It’s been 5 months since we adopted the kittens. The 3 kittens have now grown into teenage cats. 😀 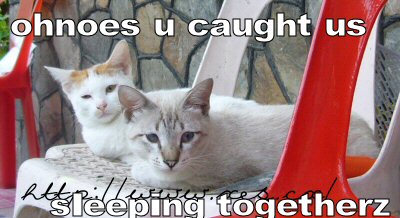 Now that the Kuala Lumpur civil and commercial courts are housed at Jalan Duta’s court complex, the Sultan Abdul Samad building along Jalan Raja have long been abandoned. 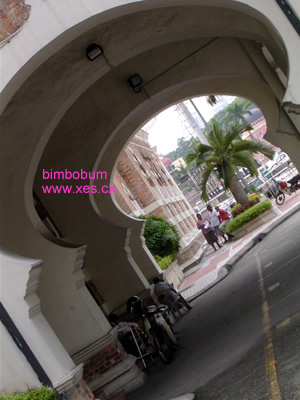 The old men who have sat outside the building on the pavement during its active times are still there, with their trusty old typewriters, and are still visited by people who need help in ……. typing some documents out for them? Previously, I’m sure they assisted poor summoned defendants in stating their defence in reply to the civil summonses against them. But now, I do wonder what they do.

I was walking towards Masjid Jamek and I noticed to my dismay, that building maintenance is not high on our country’s list of priorities. You still see tour buses bringing tourists to Dataran Merdeka and many of them snapping pictures of the building – I’m sure it’s a lovely sight to behold …… from afar. 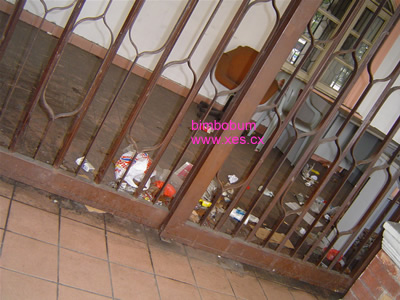 Step closer, or walk along the 5-foot walk, and you’ll catch a glimpse of Sultan Abdul Samad building’s corridors. Look at the dust, look at the rubbish. Do we want tourists taking pictures of rubbish as well? 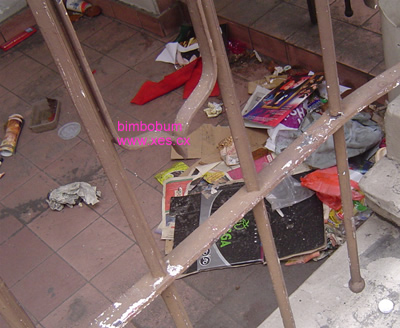 We are proud of our heritage and our new buildings, but for goodness sake, do keep them clean!

Sometimes to fit into a social circle, one has to be on the ball on certain topics, especially football. Football is an excellent ice breaker, especially when it comes to breaking the ice with people of different age.
Although I love football, I hardly have the time to watch TV to watch all the matches. I don’t even have the time to watch the highlights on TV!
Youtube is one of the mediums where I watch the most of the highlights of a game. However, the video quality is so bad sometimes that the ball is almost invisible!
However, I found a website that lets me watch all the highlights at an excellent quality. Introducing http://www.hypp.tv/ ! 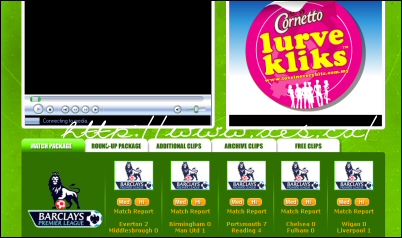 The subscription fee is quite cheap. Go to http://www.hypp.tv/ for the rates. It’s cheaper than cable TV for sure 😛
This is probably the 1st internet TV in Malaysia. At the moment, the website offers updated weekly football highlights from the Barclays Premier League. Loading time is fast and connection speed is excellent!
For me, I watch football not solely because of the clubs. I watch football to pick up tricks from football players. With hypp.tv, I can now I can replay each and every highlights to pick up tricks.
I can watch football while in the office. HEHE*.
Hypp.tv is more than just football, it has other contents including news. I’m sure sooner or later, the Hypp.tv will expand their contents and then we can say Bye-bye to Cable TV.
Just joking. I WILL NOT WATCH FOOTBALL AT WORK X 10

I can’t remember when we (high school friends) celebrated Khai Fei’s birthday. But this year is definitely a year to be remembered. Hen, Ping, Kiang, Wai Keong & Gf, Him & Gf, Timothy and I gathered at Decanter, Hartamas to celebrate Khai Fei’s 26th birthday. He’s finally in his late 20s. Welcome to the club mate.

Decanter is a small pub located in Hartamas. It’s smoky, dark, noisy and full of kids (yes I’m old). Nevertheless, this place seems to be our usual hangout spot.

We started off with some beers and ended with a lot of beers and managed to slot in a flaming Lamborghini for Khai Fei. The flaming lambo was served at the bar table. KF was reluctant to go initially but after repeated persuasion, he gave in and finished the flaming in one gulp!

Throughout the night, we played drinking games. Wai Keong and Hen were the target of the night. But some went down as casualty as they were caught in the crossfire.

We ended the night at Devi’s corner. After couple of drinks, the font of the shop’s signboard read as Doris Corner.

Hen also ordered a shisa. The shisa was mannered by a different stall

Hen: ada apa flavour?? (what flavour do you have?)
Guy: apa flavour pun ada! (We have all sorts of flavour)
Hen: Durian ada?? (you got Durian flavour??)
Guy: tak adaaa (We don’t have it)
Hen: Ganja ada??? (You got Ganja???)
Guy: tak adaaaa (DONNTT HAVEEE ITTT)
Hen settled for apple.

We shisa was shared among the gang. But after WK slotted the tube into his nose, some of us were reluctant to smoke it.

We went home around 4am. It’s been a while since we hung out that long.

Gone were the days where I though I could withstand any strenuous activities without feeling the aftermath.
Recently, I’ve been experiencing soreness on my waist. I suspect it’s due to long working hours without taking enough breaks in between. I went to see a doctor and he said that it may be due to an injury to my soft tissues. To remedy it, he subscribed me with painkillers. I don’t think this would solve the problem as it merely takes away the pain.
As I wasn’t convince with the doctor’s method, I went to see a chiropractioner. I had to take half day leave to see the chiropractioner. The chiropractioner is located in one shopping centre. Nicely designed and seems very cosy.
I was brought to a small room with a funny shaped bed. Within minutes, the chiropractioner greeted me with a smile.
Chiropractioner: Your first time?
Me: Yes, first time.
Chiropractioner: ok Let me explain how your backbone works…
After explaining the above, he started feeling my backbone and asked loads of questions. The chiropractioner suspects that the soreness on my waist was due to a couple of misaligned disc on my spine. He recommended that I do a x-ray to confirm his analysis and then see him again. My 10 minutes consultation with him lasted less than 10 minutes and it costs me RM100. GG
I’m not very convinced that the chiropractioner could really solve my problem. Further, I’m a little bit worried that he’ll mess up my spine!
Anyone has better ideas? 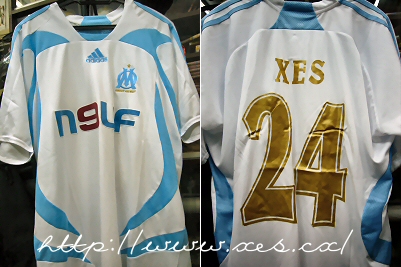 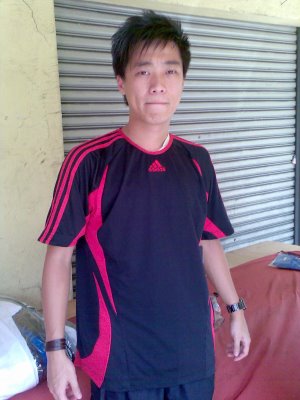 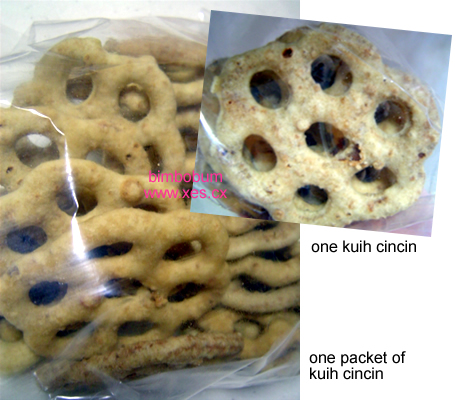 Some time ago, a friend gave me a packet of kuih cincin to try. She told me that it was one of the things Sabah is famous for. ‘Cincin’ means ‘ring’ in Malay, but it doesn’t look like a ring, does it? Perhaps it refers to several rings in the middle of the biscuit. 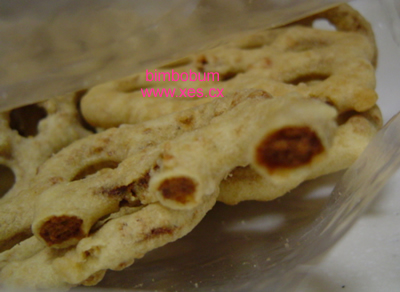 One of its ingredients is palm sugar, or what we call ‘gula nipah’ in Malay. ‘Nipah’ is a type of palm. The biscuit is nice and crunchy, and addictive! It is not too oily, but it can be. It’s not too sweet, either. In fact, I’d say that’s the reason why it can be addictive. 😉

I let some of my colleagues try and they loved it as well! Some have asked if I could have my friend bring some more packets of kuih cincin for them.

Apparently this kuih can hardly be found in West Malaysia. If so, it is hard and no longer fresh, according to one Malay colleague. I don’t know how true is this, but be sure to try it!

That’s what makes Malaysia unique – its variety of food from all its states! 😉

As some of you may recall, I won a helmet during the Speedzone event @ ZOUK last month. It’s a Suomy Spec-1R Extreme Racing Capirossi – Size L, autographed by Loris Capirossi. I’ve put it up on Ebay. Starting price is US$600, which is cheaper than a brand new helmet of the same model. 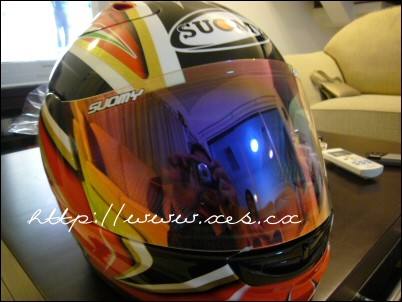