Once again, my job required me to travel out of town to attend court. This time round, Batu Pahat, a small town 4-5 hours away from Kuala Lumpur.
Driving there is one dangerous task. Due to the fact that I have to travel at night on the pitch dark trunk roads, I almost crashed my car into the jungle. With all these outstation tasks, NO MORE CUTI CUTI MALAYSIA FOR ME (No travelling within the country for pleasure)
And the worst part was, after travelling 400KM, fighting fatigue, risking my life and reaching in the middle of the night, I realised that I forgot the bring my socks. FAK LA I HAD TO GOTO COURT SOCKLESS
I stayed at one 4 star hotel by the name Hotel Katerine. It SUCKED. The room smells of stale beer. Also no cable tv for me to watch the Australia v Italy football match. Further, it took me half an hour to figure out how to turn on the lights. I had to whip out the room manual to figure things out. 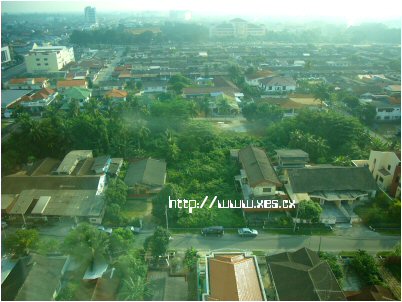 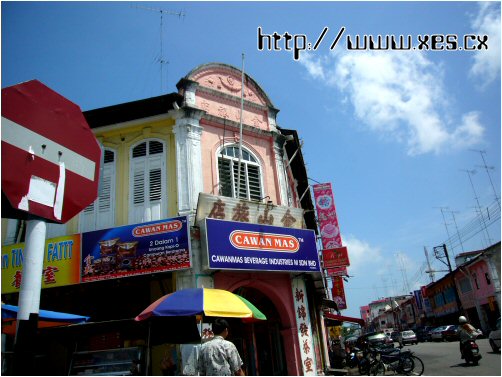 I met up with Lynnzter at Muar on the next day. It’s about 1 hour away from Batu Pahat. Muar is one old town but doesn’t have many attractions. 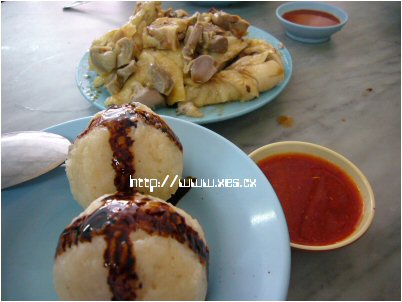 Lynnzter brought me around the town and also buying me food. We first stopped at one place selling chicken rice balls at Muar town. The chicken rice ball was excellent, better than the one in Melaka. The rice balls are larger (but only 2 pieces) and it has more chicken. Eating it with otak-otak made it even more delicious! 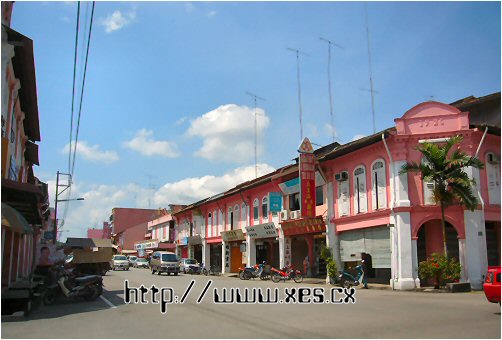 In Muar town, there are a few streets that were painted in particular colours such as yellow, blue and PINK. And I heard that the buildings on those streets are required to adhere to the colour rules or face fine.
After having chicken rice balls, we had rojak and ABC (shaved ice). It was so-so. 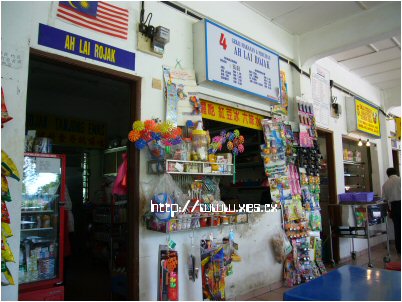 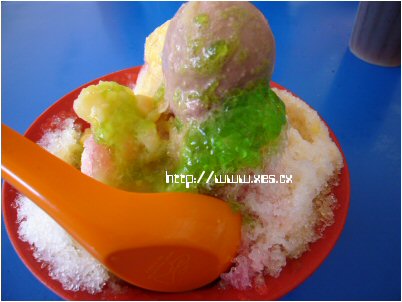 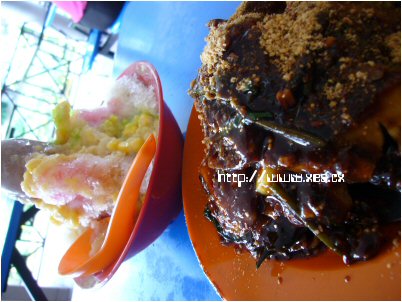 Rojak & ABC. Okay I know both of them doesnt really compliment each other.
To be continued.. journey to the land of thousand monkeys..