Once again, the Sheffieldians gathered for Chuo Ming’s birthday. This time round, Wen Dee and Siew Lee made a rare appearance. As rare as them guestblogging on www.xes.cx.
Last year, Chuo Ming was presented with a bottle of whisky by a stranger. A stranger bought Chuo Ming a bottle in return of a glass of liquor that Chuo Ming bought for the stranger. Unfortunately, no bottle of whisky for Chuo Ming this year.
The dinner was held at Basque Lane, Plaza Mont Kiara. They serve Mediterranean food and their food was so-so, need more salt. But their Tiramisu is excellent though. Dinner set is around RM40. Ambience – quiet and not crowded. 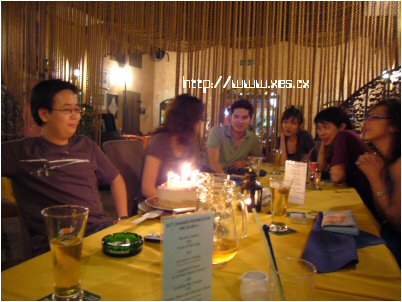 It was great catching up with the old gang again. Most of the girls lost a lot of weight but guys gained tons of weight. Chuo Ming’s double chin is back again. 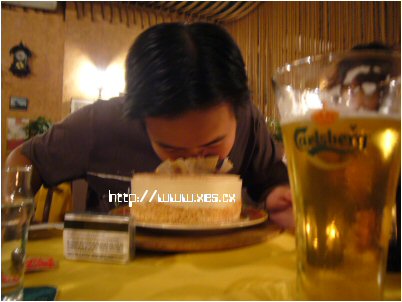 Chuo Ming going down on the cake. slurp slurp slurpppp bhwaHah
Everyone has progressed in their work, building their careers and some even have thought about marriage. Nevertheless, everyone still have their same ol’ personality and character.
Our conversation evolved around work and the events that happened during our 3 years in Sheffield University, most of them drunken stories. 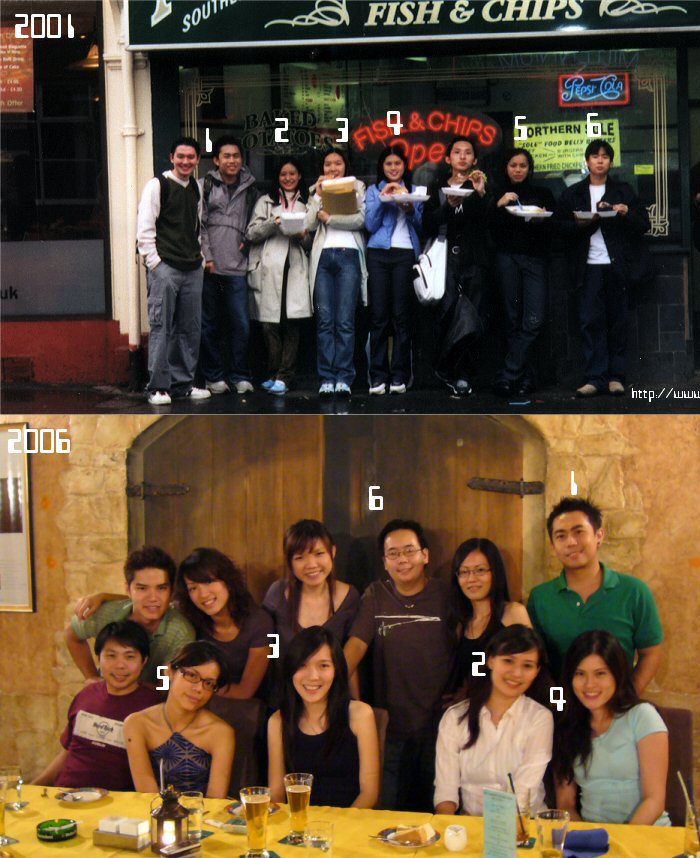 The top photo was taken during our second year in Sheffield. The bottom was taken on Chuo Ming’s birthday. Everyone looks the same, except for….Chuo Ming’s chin. Frank is actually on the top photo but I accidentally cropped him off. 😛
It was great catching up with again. Looking forward to the next birthday bash.