Last week, the former Sheffield bunch (plus some of the respective other halves) met up at La Bodega for Chuo Ming’s bird day. 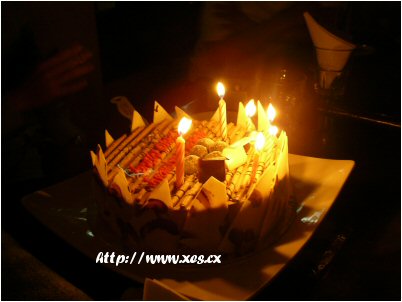 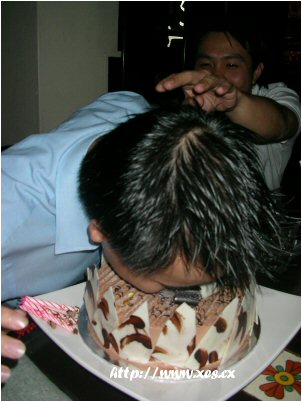 Sheffield Tradition! oi siewkhaibei! what are u doing?
We had a great time catching up and also making fun of waitress for the day, Ms. Ja ja.
“Oi JAJABINKS. BRING ME MY BEEER!!”, shouted a rude boy. Mmm..i think it was me..
Then something interesting happened.
The table opposite us was celebrating a birthday as well. Out of goodwill, they sent a piece of cake to Chuo Ming (CM).
CM: “wow…this is nice man..”
(Proceeds to think)
“Leong, What is the strongest alcohol here???”
Me: GRAVEYARD!!!
So instead of giving them another piece of cake, CM ordered a glass of Graveyard for the birthday boy on the other table !
We couldnt see the birthday boy’s face though.
Me: Eh what if he’s a Malay?
CM: Oh shit..
We took the risk though. Few minutes later,
Birthday boy on the other table: O_O!!!
Everyone: bwWahahahahahah

As we were about to leave, Jaja requested that we wait for another 5 minutes. It seems that the other table wanted to buy Chuo Ming something in return.
Few minutes later, Jaja returned with a big bottle of Jack Daniels Whisky!
Chuo Ming was 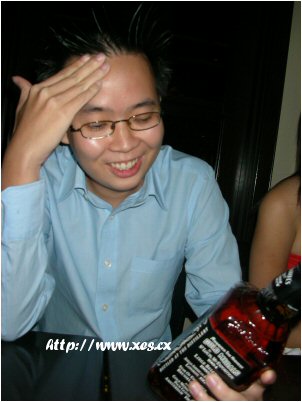 We invited the group over for a short drink. They left after finishing a cup of whisky. Wow.. cm’s best birthday ever!