I always have this perception that Sunday is gay night for most clubs in Kuala Lumpur It would be the night where house music is played – sweaty topless men grind with each other on the dance floor and shaking like sotongs (cuttlefish). However, I never clubbed on Sunday hence it was purely assumptions.
Recently, I found one event on Facebook – held on Sunday at one of the famous clubs in Kuala Lumpur. The flyer was rather intriguing. It had a picture of a naked man with a suggestive title that indicates that the event is only for men.

I went through their “Confirm Guest” List and I notice that most of them are guys – pretty boys and muscular.

Some of the attendees’ Facebook profiles were open and on their “Interested in” section, it was stated “Men”.

And I was invited to this event -_-

Notwithstanding the above, the thing that interests me is the DJ of the night, DJ Ann Ang. 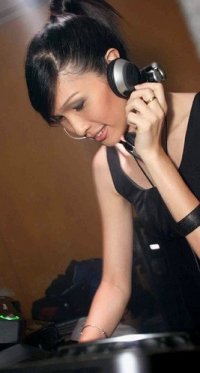 According to her Facebook, she said she’s a DJ based in KL and a ladyboy.

Ladyboy or not, she is no doubt a good DJ. This is evident from the mixes that she posted on her IMEEM. Makes me wanna take off my shirt and dance like sotong!! YEAAA!!!

Check out:
Her Facebook for info. Don’t bother adding her if you’re not a PLU (people like us, a gay slang denoting homosexual individuals)
Her Imeem for more music!

5 thoughts on “Clubbing on Sunday”