If you had read the spoof version of Doreamon’s finale, Doraemon didn’t actually died. However, in Thailand, Doraemon actually died and a lady had a funeral for her. WTF

A Doraemon doll was laid to rest today in an elaborate Thai Buddhist funeral ceremony that spared no expense and cost the owner of the plush toy 200,000 baht (about $6000 US). Plubplueng Ngamchareon, a 48 year old Thai woman received the Doraemon doll from a Buddhist monk when she was in the hospital being treated for cancer three years ago. After her recovery she began to have dreams where the Doraemon doll would appear to her and give her advice and sometimes lottery numbers. She attributed her recovery, health, good fortune in business and occasional lottery winnings to her Doraemon doll; which she had come to think of as her own child. The doll even went to school! The woman hired someone to bring the doll to school every day where it had its own locker. (Whether or not the doll received good grades is unclear at this time.) In October of 2009, the Doraemon doll visited her dreams once again to say goodbye and told the woman that he was dead. The doll instructed the woman to prepare his funeral. As is tradition, the ‘body’ was laid to rest at the temple for 100 days and the funeral culminated in today’s cremation ceremony which was attended by a hundred people, including his kindergarten classmates. 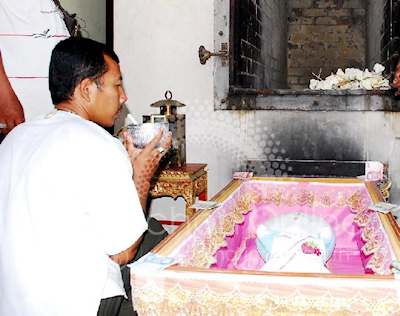 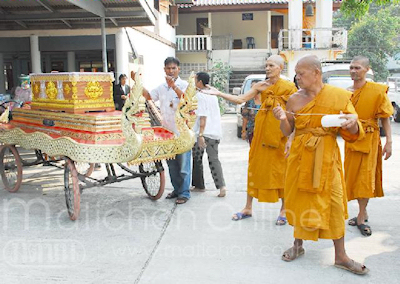 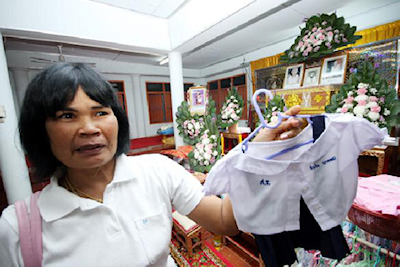 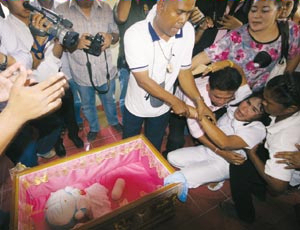