While I was slaving myself in Hong Kong, the Everyone Connects finale was held in Jalan Bukit Bintang.

There were about 5000 party goers who attended the event, organised by Telekom Malaysia Berhad. When the song “Through My Window” was played, the crowd was given dummy microphones and sang along to it. It was dubbed the biggest “karaoke session” in Malaysia!

To see how much I have missed check out the pictures and video below. 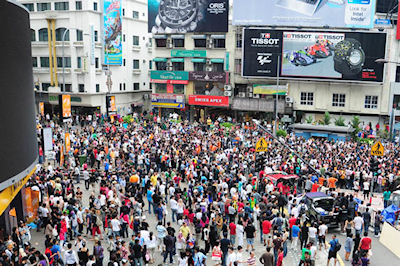 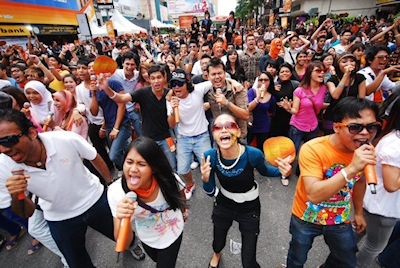 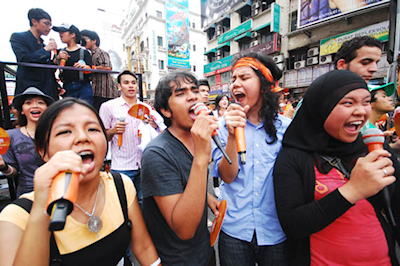 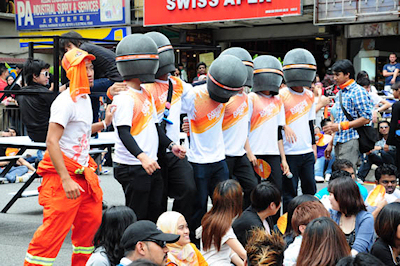 What the.. microphone heads? 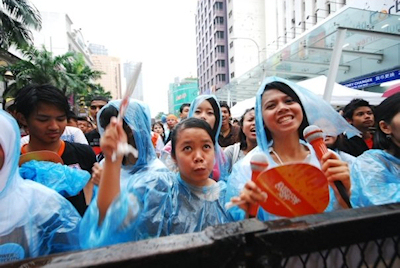 It rained but some people stayed 😀 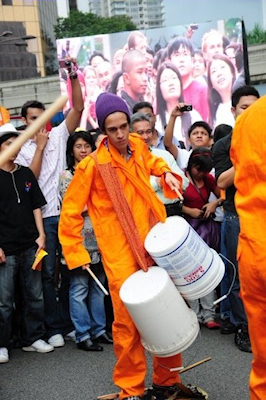 A janitor lost his way and found himself in the event.. 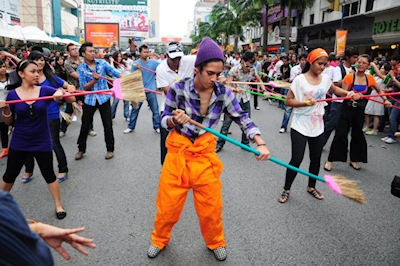 and he joined the crowd to perform some sort of “Stomp” like performance. (If you don’t know what Stomp is, check out the video here)

Ohhh nooooo I missed it! FML!!