Newly inaugurated President Obama has found himself a look alike in Indonesia. Ilham Anas of Indonesia recently capitulated to fame due to his striking similarity with President Obama. 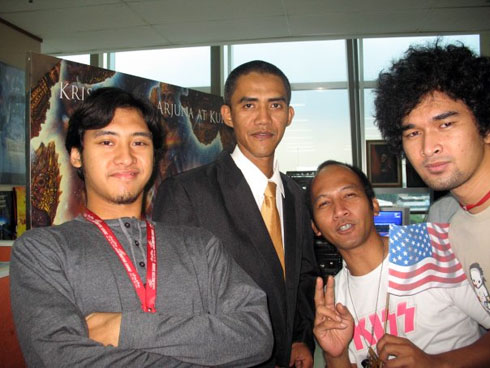 He does look a bit like President Obama except that Ilham is a little thinner – looks like Obama after Crossfit.

A Filipino drug company has cast Ilham in a commercial showing him dressed as Obama – probably in the commercial below.

Well, Ilham isn’t the only one that looks like Barack Obama. If you do a search on Youtube, you’ll couple of videos of Barack Obama lookalikes. With this in mind, I’m sure everyone here would have a lookalike somewhere in this world.