People say that there are 7 people out there who looks like you.

SHAH ALAM: As he stepped out of his house, Azmi Shaari noticed curious looks and stares from the people on the streets.

He only found out why when a neighbour showed him The Star.

Azmi was shocked to see a man who looked just like him staring out from the front page.

The man was none other than Malaysian Azmi Shafeei, who lives in Stratford Street, Leeds.

Azmi Shaari showing The Star’s front page with the picture of Azmi Shafeei in Leeds,Britain.

Azmi Shafeei had given an exclusive interview to The Star on his neighbour Hasib Mir Hussain, 19, whom police believed was responsible for blowing up the bus in Tavistock Square in London that killed 13 passengers on July 7. 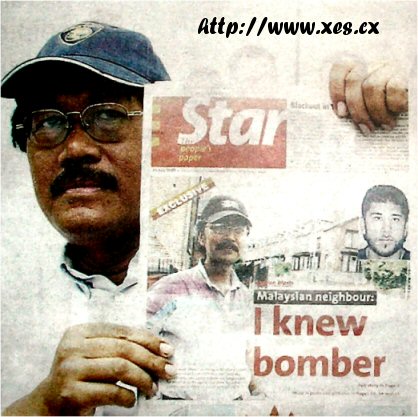 Azmi Shaari was surprised that his Leeds look-alike even had the same first name.

Since yesterday morning, the business development executive had been getting calls non-stop, from his family, relatives and friends.
“I received nearly 100 calls from all over the country. I even got calls from some long lost friends. Most wanted to know whether it was me and what I was doing in England,” he said when met at Section 9 here yesterday.

A motorist, who spotted him at a traffic light, pointed to the front page picture and shouted: “Glamour-lah. Front page!”

“Even a foreign worker at a mamak stall asked me what happened,” he said.

He added that people at the petrol station, shops and restaurants where he had stopped by asked him the same question.

Azmi, who has two brothers and two sisters, admitted that even his siblings did not look so much like him, unlike the Azmi from Leeds.

Then yesterday, Sui Lin told me that she met someone who looks like me @ Songwriters’ Round 18 @ Alexis. He’s a singer. It seems that we dress the same as well! 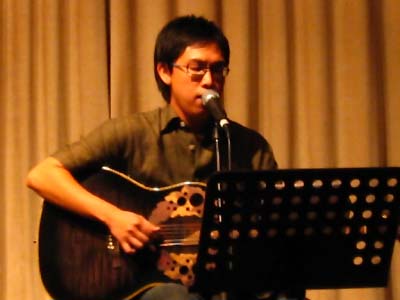 That looks like me when I wear my glasses and dont comb my hair!