I don’t want much, I just want everything, I thought I could do everythingggg!!!

It seems that I wasn’t the only one curious about the person(s) who sang this song. It was even featured on the front page of the Star newspaper titled “Song causes a buzz..”

KUALA LUMPUR: Two days ago, media companies received an intriguing package containing a CD with a song entitled Through My Window, a website URL everyoneconnects.net and a cryptic message “open for collaborations”.

The catchy song was heard on major radio stations yesterday and DJs began talking about it. Almost everyone wanted to know more about the song and the singers behind it.

As expected, the wave hit microblogging service Twitter. ‘Twitterville’ is abuzz with DJs tweeting about the song and followers re-tweeting, discussing and adding their comments. The tweets range from what they felt about the song to what everyoneconnects.net might be.

If you haven’t heard the song “Through My Window”, you can listen to it or download it from www.everyoneconnects.net.

Well, now I finally got to know that the song was sang by local band Bunkface! 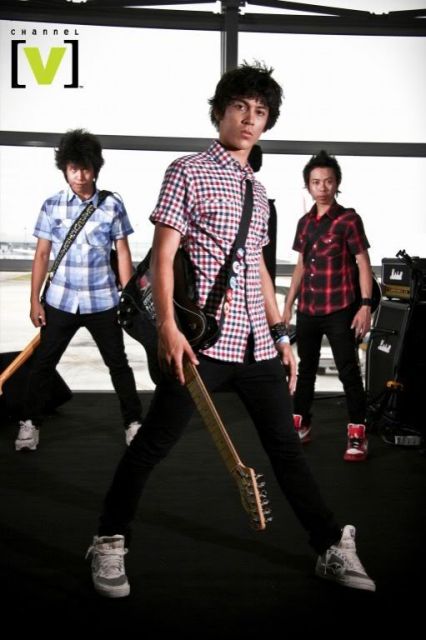 Bunkface is a band consisting of 4 young chaps which had started from scratch. They played in high school proms, charity events, dinner galas and winning some competitions before making it big and winning a few competitions. I think one of the well known songs is the song Situasi.

You can listen to more of their songs @ http://www.myspace.com/bunkface.