Another ghost story, dedicated to all my friends in Melbourne 😀

Warning: Please proceed if you have balls of steel or tits of steel.

During my backpacking trip around Australia, I ended up staying in my then girlfriend (hereinafter referred as “M”) apartment on Charlotte’s place, just next to Astor Theatre. It’s actually a dead end street with couple of beautiful single story Victorian houses and an apartment located on the end of the road. 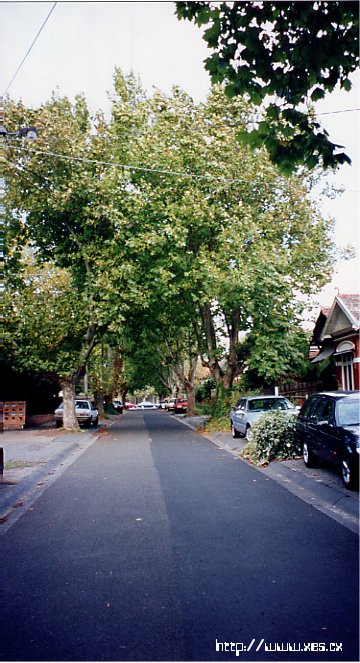 I was fortunate enough to live there for 2 occasions, once during my second trip to Melbourne and another time during my backpacking trip. The first time was alright but I wasn’t in good terms with M’s housemate (it all started after she insisted on dividing the toilet roll bill into 3). Anyway, back to the story. It was Winter 2002 and I was revising Insurance Law in the living room with a cup of cold Milo.

It was a sound of heavy breathing. It was getting louder and louder. The hair behind my neck began to stand and so did the hair on my arms! (I swear when I wrote this I immediately blasted my music loudly)

It would enjoy it if it’s a woman’s heavy breathing. But noooooo…it was a man. I immediately packed my books and ran back to my room. I told M about it. She immediately dismiss it by saying it could be the gas pipe outside or the neighbour downstairs.

Days later, the noise came back again (I swear when I wrote this the hair on my face began to stand). We were about to sleep. The lights were closed and we were neatly tucked. It was the breathing sound again. It went on for few minutes. M and I were shocked. We didn’t say a word but we were clearly awake to witness it. We stared at the window and saw nothing. It can’t be the gas pipe as it’s located on the other side of the apartment. It cant be our neighbour downstairs because.. no one lives directly below us. (hair stands!!)

We asked M’s housemate whether or not she heard anything.

She said she heard nothing.

The heavy breathing incident stopped for a while after that.

However, one day, while M was at a clinic, she heard the noise again. It was as if something was breathing on to her ears. She asked the doctor whether he heard anything. The doctor said no..

She came out from the doctor’s room, looking pale..