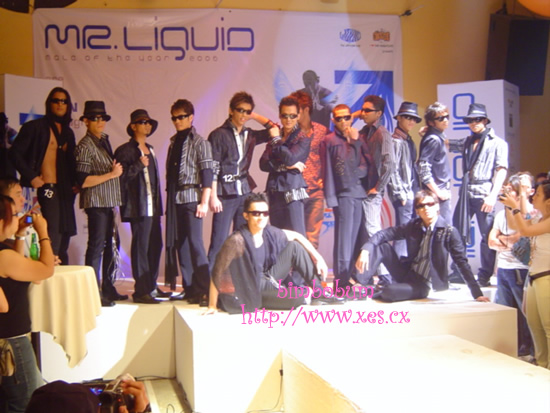 not everyone looks cool in sunnies indoors at night. ;P
then the strutting began. 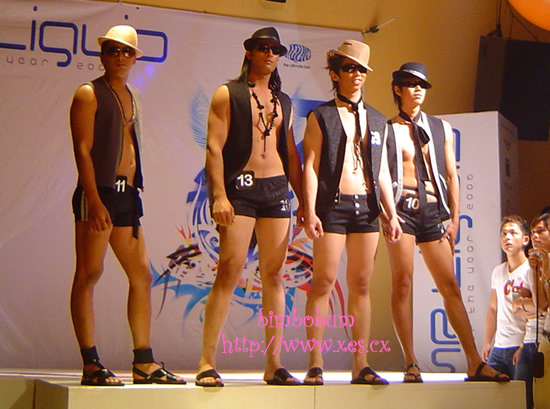 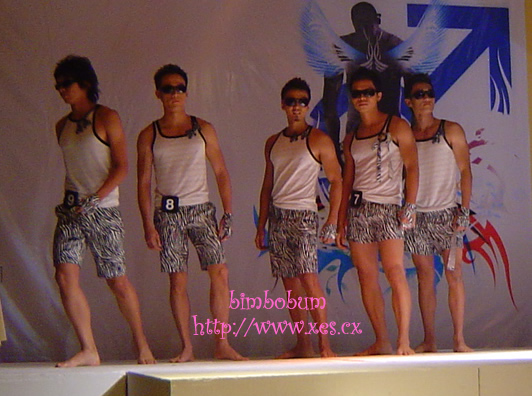 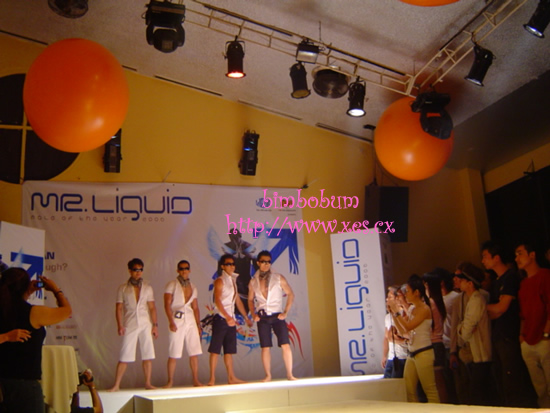 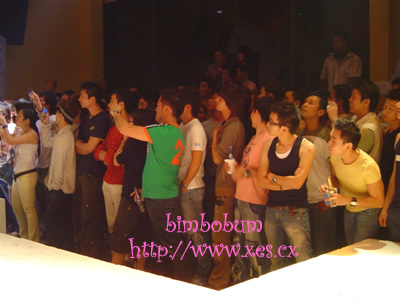 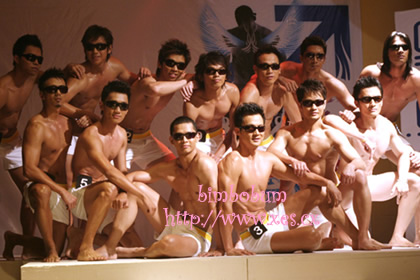 men in underwear!!!!
Freda and VJ Dom were the hosts for the night, and they kept the crowd and judges laughing with their jokes. Freda, especially, tickled the crowd with her double entendre remarks. “i like what the way you think.” was her (his?) favourite phrase with a cheeky wink at times. 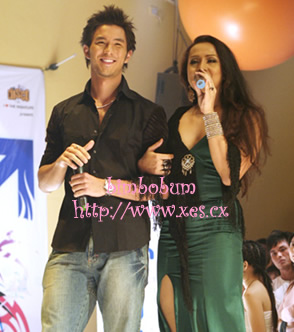 she claims to be a “ladyboy” and not a transvestite, ok!
VJ Dom is so cute. i like! ;P
during the Q&A session, the contestants were given the opportunity to let their intellect shine through their dellectable bodies. ‘3 things you could take with you if your house was on fire’ was given the reply of “life, important documents and my bag which has my mobile phone and wallet.” another said he’d like to be a denggi mosquito if he ‘could be an animal’.
now i almost got thrown out of the place because no photography was allowed. (what, afraid i’ll sell off their pictures and make good money? ;P) guess how you can get away with it? camera phone! i need to get me one of those, man. see, there are always ways to get around rules…. (note to the lawyers: like law, right?)
as the night wore on, everyone got restless and i think the judges were, too. to everyone’s silent sighs of relief, the competition ended about 230am and waited for the results.
and waited.
while waiting, judge Camelia entertained the crowd with one of the songs from her latest album. she will be performing again next friday at the same venue.
finally, the results at about 315am. and i was quite disappointed. the crowd’s cheer is always a tell-tale sign as to whom the favourites are, AND most likely to win. everyone was crazy over no. 4. 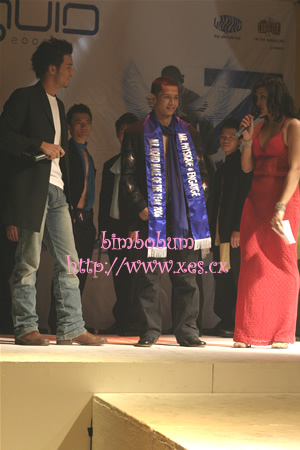