After a long journey, we slept like a pig. We wanted to have a budget trip hence we had biscuits and instant noodles for break fast. It was pure torture I tell you.

There are over 1000 Climbing routes in Rai Leh (natural walls). We started off at Dum’s Kitchen @ Tonsai Beach. The routes are predominately 6As, 7s and 8s (grading system – the lower the number, the easier it is). Imagine warming up on a 7A. 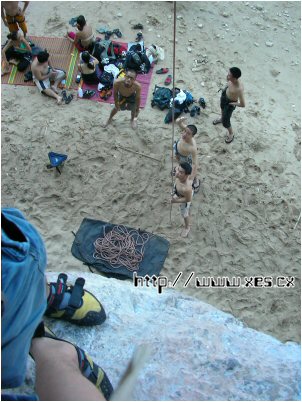 I started off with a 6B and ended with failure. I couldn’t finish the bloody route! Filled with frustration, I went to surf the net instead. 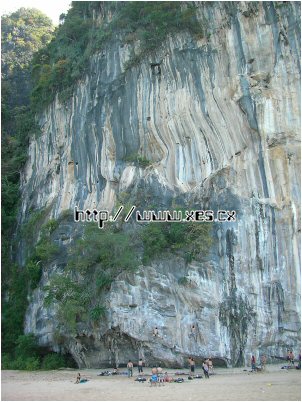 I continued climbing after surfing the net. This time round, on a 6A. Sounds easy, but I couldn’t even start the bloody route. I gave up after falling from the first move. 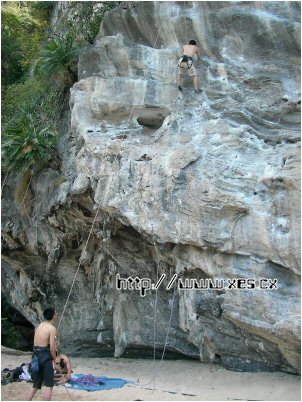 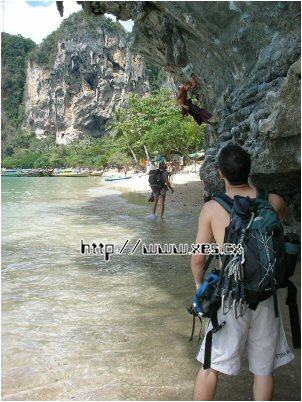 Tonsai Beach and West Railay beach is divided by a small hill. To get West Railay (and the rest of the beaches), we have 3 choices, take a boat, around the hill during low tide or hike through the hill. 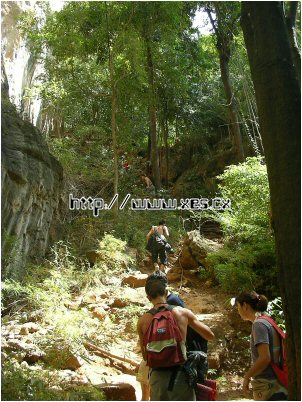 Since the tide has rise, we had to hike through the hill. It was not an easy task as the paths were narrow and steep.

We headed straight to Phranang beach. Throughout the journey, we had our first taste of topless girls. But after looking at couple of papayas, the excitement died down. But I was told that further down the beach, we might get to see some ‘abalones’!

Phra-nang beach is filled with sun bathing Caucasians and topless girls. The beach doesn’t have many routes to climb. We have to venture further in to the caves to climb. 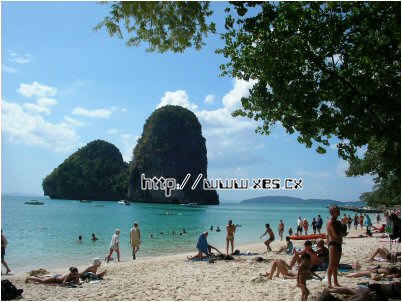 Instead of climbing, we swam. Phranang has crystal clear water and sandy beach. We spent the entire day there playing with sand and water. 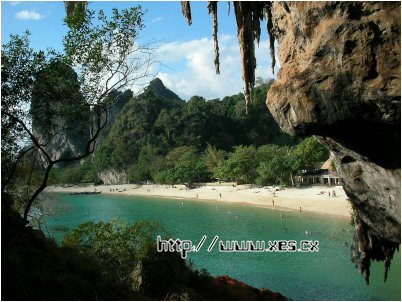 We buried Potato Ben in the sand. Then we stepped on him. 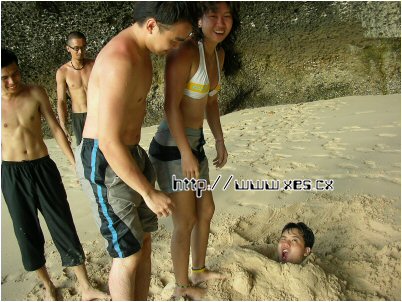