Rakan Muda is a youth movement under the purview of the Malaysian Ministry of Youth and Sports. Since its inception, it has been actively promoting various sports to the youth. When I was in primary school, I signed up for it but never got an answer from them. Many years later, I found out that they sent me a letter confirming my membership but the letter was kept by my Mum without showing it to me. -_-
Melbourne Shuffle on the other hand is a dance which originates from the clubs Melbourne. During its early years, it’s a dance associates with all night long clubbing and drugs. Clubbers will pop couple of ‘Speed’ so that they can shuffle all night long. When it first started in Malaysia, it’s a dance heavily associated with clubbing and drugs. It doesn’t even have a name – we just call it the Melbourne Underground. Further, google search at that time didn’t even yield a single relevant result.
But this dance has evolved dramatically in Malaysia. It has gone mainstream with kids below the age of 15 shuffling to hardstyle music. For the older generation, Hardstyle music is something like fengtau.
And the link between Rakan Muda and Melbourne?
RAKAN MUDA GOT SHUFFLE COMPETITION HAHAHAHAHAHAHA WTF!!! 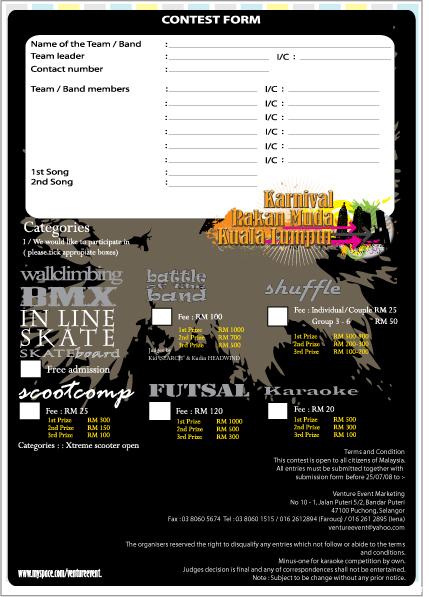 Flyer
Recently, a Melbourne Shuffle competition was held at the launch of “Rakan Muda Siber”. It was launched by the Prime Minister’s wife.