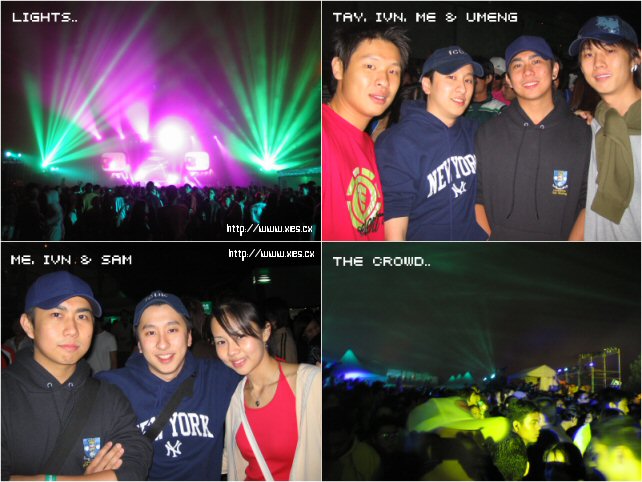 The event ended about 4AM, not 6AM as we expected. As Johan Gielen was about to leave, everyone shouted for more. Unfortunately, he only gave in twice. He ended his set with a speech along the lines, �In 24 hours I will be in Spain, but my heart will be in Malaysia!�

The venue was the same as the one last year. But this year, it was madness. It was the first time I see a sardine packed out door rave. 12,000 PEOPLE OMG!! I was like a stupid pinball, being pushed around from left to right. It was packed from the beginning till the end of the dance floor!!

The 6 Melbourne Shufflers from Melbourne were great. Initially, they were separated into 6 designated podiums to dance. At the end of the night, they dance on the stage. 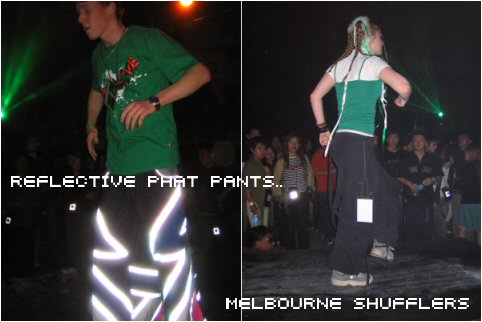 It didn�t rain but yet still cold. Despite the cold weather, it didn�t stop some girls from wearing bikini tops :D~~~

There weren�t any free ciggies as told before the rave. However, they gave out a free pouch. I didn�t bother to redeem it.

Well worth my RM35. Can’t wait for the next Genting Rave next year!