As promised, information about Speedzone Tour 2007.

Come feel the heat for yourself on 7 April 2006 at the Tower Terrace of KL Tower, as three international DJ’s spin off the party of the season. Channel V’s DJ Joey G will get the party started, first timer to the Malaysian club scene, Dimas Carbajo, known better as D-Formation, takes the deck next. 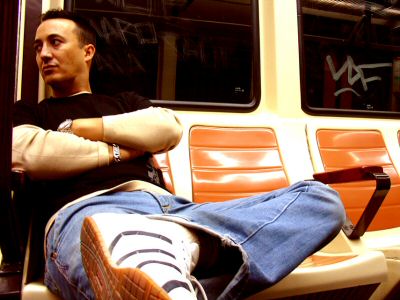 One of the world’s most respected, highly sought after and certainly most popular DJ’s, D-Formation brings his unmistakeable Spanish-inspired house rhythms to Malaysian clubbers.

Tech trance fans are in for a treat, as Marco V’s easily recognisable and uplifting brand of music is set to prep the crowd for the magic of the next DJ – the unmistakable Yoji Biomehanika. 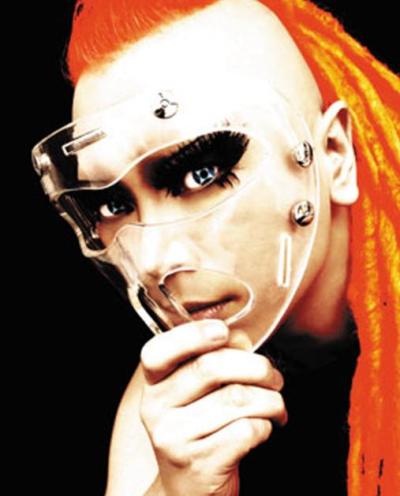 Undoubtedly the fastest rising DJ today, Yoji is also in Malaysia for the very first time and is bound to keep clubbers in and having fun right up till closing time. Fans of Speedzone will also recognise the artistic touches of 4YOUREYE, back to tease partygoers with their crowd-pumping visuals.

My favourite DJs for this event are no other than Marco V and Yoji Biooommeeehaanikkkaaaaaaa!!

Never heard of them? Check out their videos below (which I found on youtube.com):

And now, for the free tickets!

In order to obtain the free tickets, you may participate in this simple game.

The basic premise of the game is like that of a treasure hunt. However, in this case, the treasure won’t be an object but a person (ie: Fugitive). Clues will be given by other participating bloggers on their blogs, and their readers will try to find the Fugitive with the given clues. Upon finding the Fugitive, each reader will be given a ticket to Speedzone Party 2007.

This game is organised in conjunction with the upcoming Formula One Grand Prix.

The mechanism of the game is as such:
1. A clue will be provided to you readers in this website starting from 5 to 9 March, on a daily basis Answers are derived from the previous day the Star newspaper.
2. Readers are to compile the answers and form a secret phrase.
3. On the 10^th March 2007 (Saturday), readers are required to bring along this secre tphrase (printed/pasted on a A4 size or larger surface) to locate me (xes, not bimbobutt, not frank_romatic etc) at Starbucks 1 Utama between 2pm to 4pm. Other well known Malaysian bloggers will be present as well.
4. Readers with the correct password will be presented with a “WINNER CERTIFICATE” that allows them to collect 2 tickets on event day for free entry. Winners; names and IC details will be recorded for the event’s organiser’s reference. WINNERS CERTIFICATE are not transferable nor redeemable for cash!
*Tickets are issued on event day, based on the WINNER CERTIFICATE and a valid photo ID to prove 18 years of age. I must emphasize that you must be 18 years of age!!
* I am allocated 10 pairs of tickets to be given to 10 readers. Early bird gets the worm.
If you fail to win any of the 10 pairs of tickets, no worries!
Game over! Congratulations to the winners!

1000 clubbers will party for free at the Speedzone Tour 2007 once registered on www.speedzonetour.com beginning 9 March 2007. If you miss it however, you can purchase your tickets for just RM20 at ticket acxess counters nationwide, for locations and to buy online please surf www.ticketaxcess.com.my. Or, be fashionably late and buy your tickets at the door for RM30. The party is open to partygoers 18 and above only, and all tickets collections and purchases are dependant on display of a valid photo ID. Tickets all gone!

Pre-sale all sold out!

Pre-sale Tickets for Speed Zone Tour 2007 Are SOLD OUT!!!
Kuala Lumpur – Wednesday, 4 April 2007
Party enthusiasts flocked online and overwhelming crowds were spotted at various Access Ticket booths for the past 2 ½ weeks to purchase Speed Zone Tour 2007 party tickets. To date, all 4000 pre-sale tickets are SOLD OUT!!!
Partygoers who are still keen to attend this party but have yet purchase their tickets can come on over to KL Tower this Saturday, 7th April 2007 as early as possible to purchase the last remaining tickets at the door starting from 6pm. Priced at RM30, it includes one standard drink.
Ticket sales are based on first-come-first served basis, so please be there early to avoid disappointment!!
Speed Zone Tour 2007 is presented by Protein Events, in association with Tourism Malaysia, Sepang International Circuit (SIC), KL Grand Prix 2007 and in proud celebration of Visit Malaysia Year 2007.