Once again SpeedZone Tour 2007 is back! 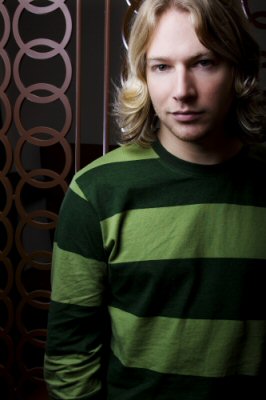 Kuala Lumpur – Wednesday, 28 November 2007
Partygoers have a very special event to look forward to on 29th December as SpeedZone Tour includes a new addition to their 2007 calendar – a first-ever World Grand Prix Champions Party! In a scorching double celebration of team Ferrari’s and Ducati’s monumental F1 and MotoGP wins, Malaysia’s favourite hotspot, Zouk will set ablaze as SpeedZone showcases a very, special deejay, the 24-year old wunderkind JAMES ZABIELA.
A technical wizard and with a love of all things sci-fi, JAMES ZABIELA is at the forefront of new DJ/production talent smashing the glass ceiling of the global superstars. He’s played to a room full of suited Japanese businessmen when showcasing Pioneer’s latest equipment, in front of 60,000 people in South America and just about every imaginable situation in-between. And this time ZABIELA will be taking time off from his residency at Ibiza’s world famous club, Space and Pacha – New York, to make his very first stop of his Asian tour in Kuala Lumpur!
From the beginnings of winning a bedroom DJ competition to being recently awarded the ‘Best British DJ’ at the DJ Mag DJ Awards and ranked #17 in the DJ Mag Top 100 DJ Poll, ZABIELA showcases a style, which is at the same time trippy, bleepy and downright groovy, with a few gnarly basslines thrown in for good measure. ZABIELA’s unique style has been recently borrowed by the likes of Jay-Z who famously integrated it into his signature sound.
Set to close the year 2007 in style, JAMES ZABIELA will blaze the night at SpeedZone as he plays a 3-hour set of truly nuclear proportions. Joining ZABIELA will be SpeedZone’s favourite DJ, Joey G of Channel [V] fame, who will set the pace for clubbers in his own patented way, showing why he’s the best at what he does as he creates the setting for a truly monstrous main set.
The fever of SpeedZone’s World Grand Prix Champions Party begins on 3 December 2007, as partygoers vie for the chance to win 500 FREE tickets by registering on www.speedzonetour.com. Alternatively, clubbers can come as early as possible to Zouk on 29th December from 9pm onwards, and purchase their ticket at the door for only RM40 (includes one complimentary drink).
IMPORTANT: The party is open to partygoers 21 and above ONLY; all ticket collections and purchases will be strictly dependant on the display of a valid photo ID.

The organiser of this event has given www.xes.cx 10 tickets for its readers. In order to win these tickets, kindly answer the question below.
How many helmets do you see in this picture?
– 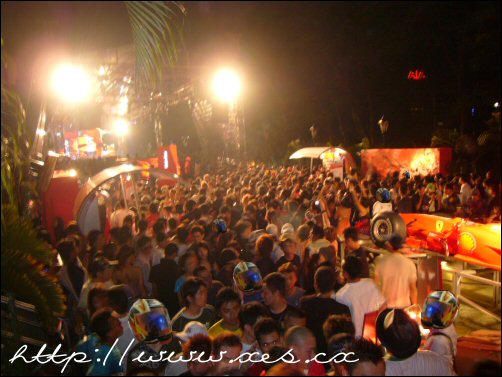 To answer the above question, please leave a comment or send an email to www.xes.cx [at] gmail.com. The closing date for this contest is 22 December 2007. The first five (5) person with the correct answer will be entitled to two (2) free tickets each to Speedzone @ ZOUK!
[Note: You must be 21 years old and above to be eligible for this contest!]