My friends and I tried to bring back our childhood games during my tiny new year countdown party. One girl suggested Spin The Bottle. Some innocent ones didn’t know how that game is played.
Everyone sits in a circle and there’s an empty bottle in the middle. Someone may decide to spin it first, and he or she will kiss the person the bottle faces when it stops spinning. Of course, if it is of the same sex, you need not kiss the person. Well, unless you don’t mind. It is then the turn of the receiver of the kiss to spin. 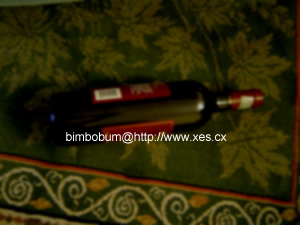 When it faced me, the spinner gave me just a peck on the cheek. Phew, and he was booed for being a coward. Luckily he didn’t kiss me, because I think I would have fainted!
When it was my turn, I was horrifed to see it facing my friend’s boyfriend. I said I’d just kiss his hand, but some of my girl friends (nasty b*tches!) insisted i kissed him properly. I said noooooo, he’s someone’s boyfriend! But they egged me on, and I refused, seeing how his girlfriend was not comfortable. (He used to chase me high and low when we were younger, and she is still not comfortable with the fact that we’re still good friends.)
One girl finally decided to demonstrate how it was supposed to be done. She grabbed the guy by the neck and gave him one long French kiss.
I just sat and stared. What the hell!
Don’t think his girlfriend was happy about it, either, as she was pretty red in the face.
This reminded me of one of the episodes in Desperate Housewives, where Gabrielle kissed Tom, and Lynette revenged by kissing Carlos back!

11 thoughts on “Spin the Bottle”