It was hitting 2 bird with 1 stone, Sui Lin’s having her belated birthday bash at Velvet while Hayden, was in Kuala Lumpur on a 26 hours transit from India back to Melbourne.

I didn’t take many pictures on that night. This collage is taken from winkris’s website 😀 With some alteration 😀

Velvet as usual was extremely packed. Even the Men’s toilet was packed. 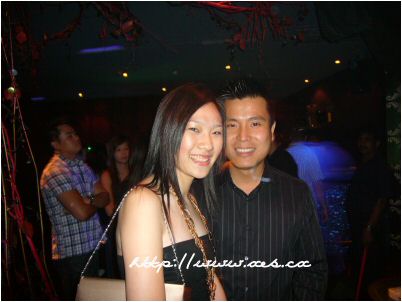 Sui Lin & Kenny
One of Sui Lin’s friends booked a table for her. Nowadays people book table using all sorts of names. Our table was booked by one “Blackchick”. On the next table, it was booked by one “MTV”. Next time I’ll book under the nick Xes and hope that the waiter doesn’t place the name card upside down 😛 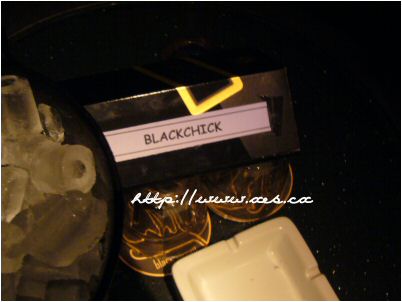 Instead of hanging out at Velvet, I hung out at Terrace Bar with Hayden, winkris and the rest. Then I had people asking me, “Who is Bimbobum?” 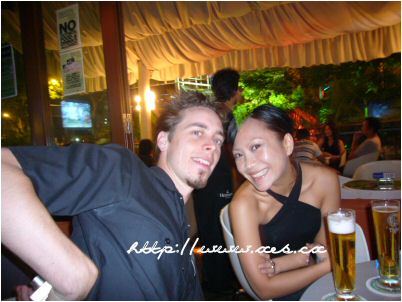 Hayden & winkris
winkris said, “I think bimbobum is a guy”.
Then Hoong said, “YOU’RE BIMBOBUM!!”
O_O|||
I decided to drop by Velvet to see how the girls are doing in Velvet. After braving through a sea of people, I bumped into couple of old friends.
Then suddenly, one girl came up to me and tried to pick me up O_O
After a short chat, she started touching my hand. GG. She must be wearing beer goggles.
Nevertheless, I managed to escape to Terrace Bar.
There was a huge commotion outside the club. I heard a friend’s friend got whacked on the head and was bleeding profusely. The police came to intervene. Damn drama. 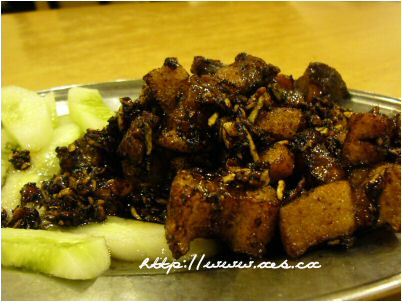 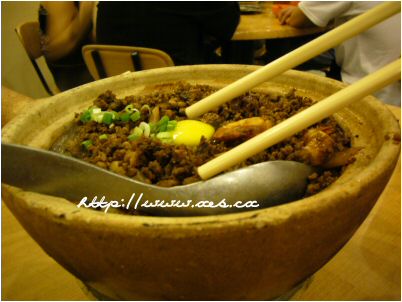 Claypot Rat Noodles.
We brought Hayden to Fei Kai at Petaling Street for supper. We ordered Claypot Rat Noodles (Ngah Pou Lou Shu Fun) and their special roasted pork (roasted pork fried with garlic and some special sauce). Hayden didn’t like the Rat Noodles. He said it looks like fat worms to him. Nevertheless, he said, “Thank you for the crazy food!”