KUALA LUMPUR: Internet users whose accounts are hacked into will be presumed guilty for unlawful online posts by the actual perpetrators under recent amendments to the Evidence Act, something that is being criticised as absurd.

The Evidence (Amendment) (No 2) Act 2012 will reportedly hold Internet users liable for any content posted through their registered networks or data processing devices.

“For example, if someone parks outside your house and uses your Wifi to post (illegal content online),” said KL Bar Council IT committee co-chairman Foong Cheng Leong. 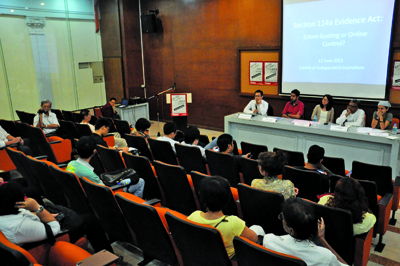 Participants are all ears at the forum.

He was speaking during the “Section 114A Evidence Act: Crime-busting or Online Control?” forum at the KL-Selangor Chinese Assembly Hall recently.

Foong said laws presuming guilt have always been around, including for individuals who were deemed to be traffickers if they were arrested with a certain amount of drugs.

Center for Independent Journalism (CIJ) director Jac SM Kee said the Act was illogical as victims who sought help after their accounts had been hacked or report the crime to police may find themselves behind bars.

Even if someone else posts an offensive comment on a person’s Facebook wall, the latter could be found guilty.

“Business will be affected. If they provide Wifi (and offensive items are posted through their connection), they are responsible,” said BFM Media Sdn Bhd producer Jeff Sandhu.

He said if restaurants in the city are required by law to provide free Wifi and their Internet connections are open to abuse by irresponsible users, business owners will find themselves caught between a rock and a hard place.

He said an analyst from investment firm Mackenzie traced 4.1 per cent of the nation’s Gross Domestic Product (GDP) coming from online activities.

“You want to create a high income nation, this is going to put damper on it. You can’t have an Internet community when people fear to go on the Internet,” he added.

Subsequently, BFM Radio interviewed me to speak about the Evidence Act amendments:-

Lawyer Foong Cheng Leong breaks down the Evidence Act to us, and explains how such regulations affect the ordinary Internet user in the country.

Anyway, thanks to LoyarBurok and Edmund Bon, I was invited to speak at BFM Radio on privacy laws in Malaysia. How this opportunity came about was also through two (2) articles I wrote for LoyarBurok regarding the right to privacy in Malaysia. One of the articles was later republished by the Malaysia Insider. Amazing how articles can help a lawyer’s legal practice.

Without further ado, you can listen to the podcast below.

Gosh, it’s so weird to hear myself on radio! It’s a pity we don’t have much time. There are so many other things we could cover! Hope there will be a 2nd series soon! 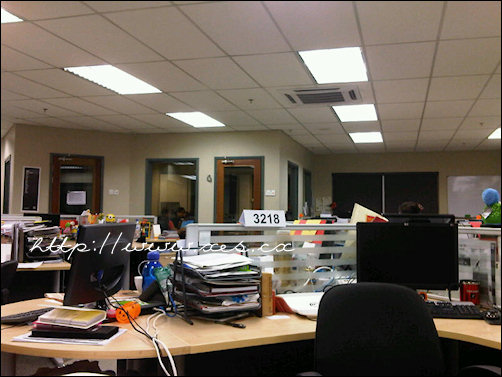