Sarah was in Austria and she was nice enough to buy me 2 unique stamps. 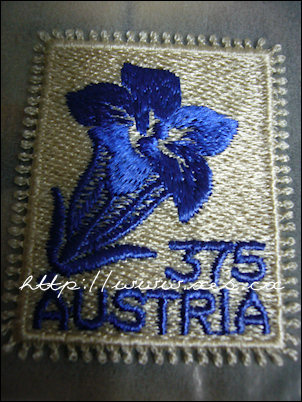 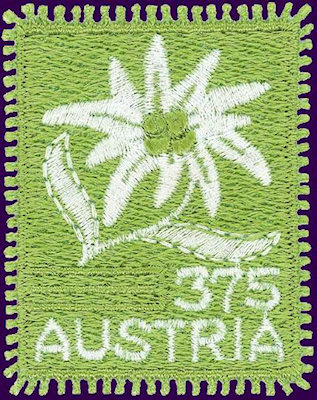 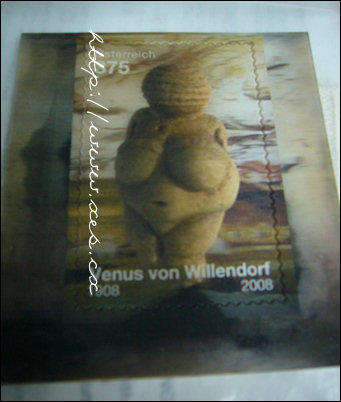 The other stamp is the Willendorf Venus stamp. The Willendorf Venus is Austria’s most famous and valuable find from the later Palaeolithic age. A very special stamp was created for this outstanding object in August 2008. A three-dimensional effect makes the Venus appear particularly vividly.

Surprisingly, these stamps were rated by StampNews.com as “Top 10 extraordinary stamps of the year 2008“. There were also 2 other stamps that caught my attention. Check out the living stamps!

Finland issued in January 2008 a miniature sheet dedicated to Alpine skiing. Sheet has an illusion of movement thanks to the imaging and printing technology used. When you turn the sheet in your hands, the picture comes to life.

In May 2008 Austria released a revolutionary lenticular stamp to celebrate the UEFA EURO 2008. 48 images of a TV recording are superposed on the stamp. To the viewer, the optical effect is that of a film sequence of approx. 3 seconds.

I just started a stamps blog at http://stamps.xes.cx. It will be a blog with high resolution scans of stamps all around the world – with a caption if possible. Enjoy 😀