I was torn between Midzone Countdown 2008, Ruums at Kuala Lumpur and Amos Ho’s party at his apartment. In the end, Ping and I decided to spend our new years eve at a club by the name Scarlet @ the Curve shopping centre.
As expected, Ping and I were stuck in a jam heading toward the Curve. We eventually settled for a car park far away from the Curve, which is around 2 KM away.
Kiang and gf on the other hand had to detour from Kuala Lumpur as many roads to Kuala Lumpur were closed for the New Year celebration. The four of us suffered the similar fate, we had to walk around 2KM to the Curve and were drenched with sweat by the time we reached Curve. 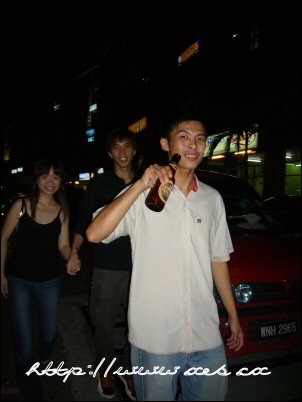 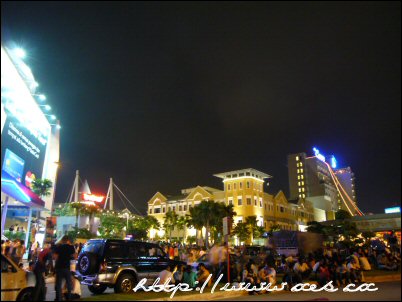 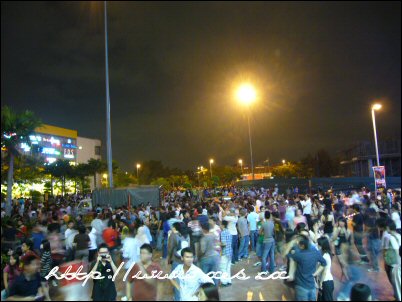 The Curve
We were greeted with bad news by waterleg that Scarlet is full and unable to accommodate more guest. We had to settle by the roadside to watch fireworks.
Then one of us suggested that we buy beer to celebrate to occasion. Ping, waterleg, Kiang and gf and I set out to brave the sea of people at the Curve. However, upon reaching the main entrance of Cineleisure (another shopping centre next to the Curve), we were halted by the sight of “artificial snow” fight. Kids were seen running around with cans which emits snow like foam. I quickly grabbed my camera to snap pictures of them 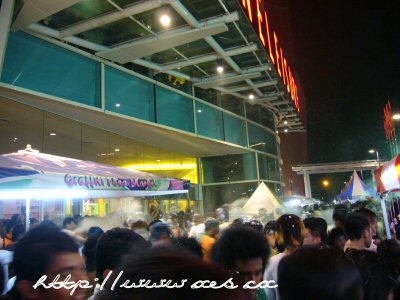 But just as I put my camera down, waterleg, Ping, Kiang and gf were no where to be seen.
However, instead of looking of them, I had to rush into Cineleisure as the smell was overwhelming and I was almost chocking. I went back to the roadside and found Kiang and gf sitting there. They too had to make a detour due to the ‘snow fight’.
Few minutes before my clock struck 12am, Ping and waterleg came back with 5 big bottles of Skol beer. HEROES!!
We didn’t have any bottle opener with us. Ping used his teeth to open 5 bottles. It was like Shaolintiger kungfu. 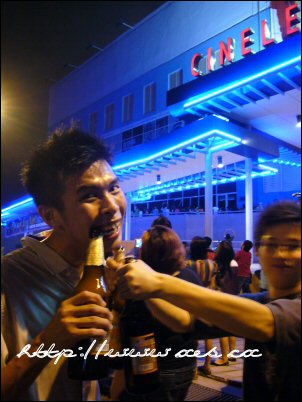 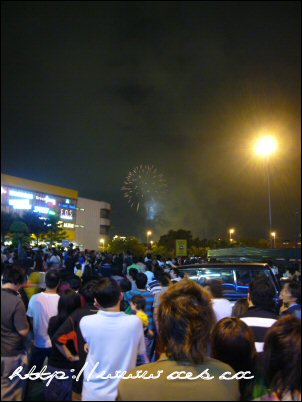 Fireworks @ 1 Utama
After the fireworks ended at 1 Utama, there was still no sign of fireworks at the Curve. Suddenly, fireworks exploded above our head. The Curve’s firework display was 10 minutes late! 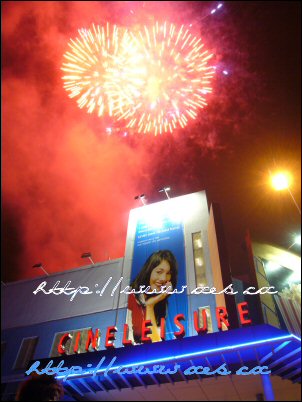 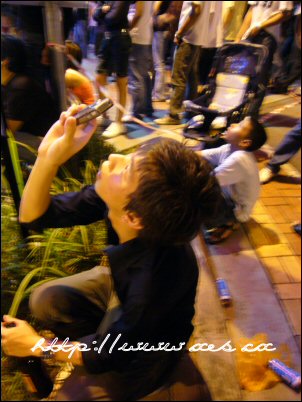 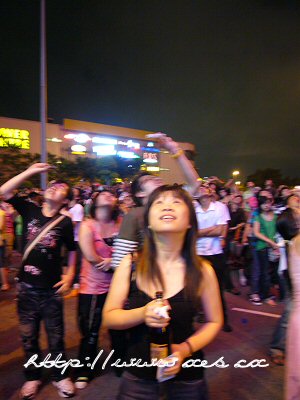 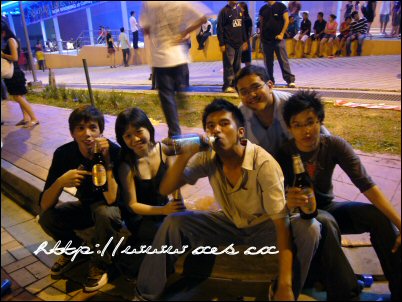 But the wait was all worth it. It was magnificent. After all the trouble we went through, it was well worth it.
Yet another memorable New Years Eve, I’m all set for 2008!