The seventh task was to paint our faces with certain letters from the alphabet to form the sentence, “Tim Loves Ka Bien”. 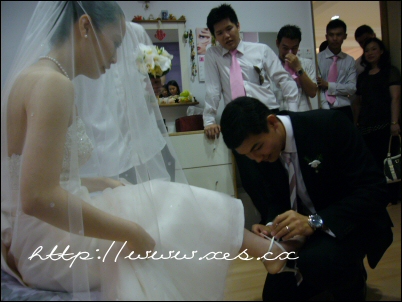 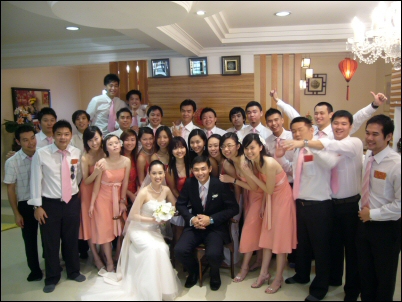 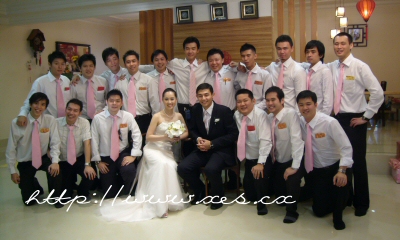 Thereafter, we adjourned to Timothy and Ka Bien’s spanking 1 million Ringgit house for the tea ceremony. Although the bride has been rescued from the evil chi muis, the rivalry between the heng tai and chi muis didn’t end at Ka Bien’s house. Just as one of the chi muis got out from her car, she was attacked by a few hengtais – with lipsticks which were used earlier to smear the hengtai’s faces. Although a great victory for the hengtais, poor Hen got hurt in the fight. 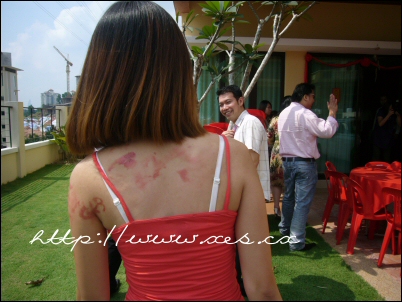 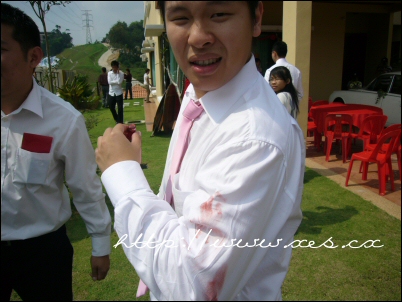