Just like my Krabi Trip, I will end my entry on Tioman Island with some miscellaneous photos. 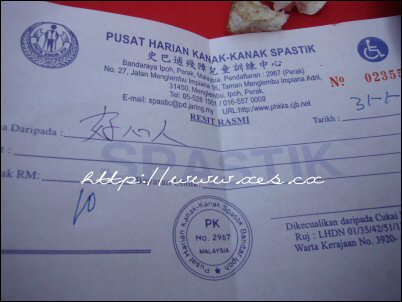 While we were having breakfast in Kuchai Lama, an elderly lady came up to us asking us for donation for a ‘charity home’. Most of us ignored her thinking that she’s a fraud. But Umeng, in his usual kind hearted way, gave the elderly lady 10 Ringgit as donation. She issued a receipt to him with his name written as “Hou Sam Yan”…that means Kind Hearted Person.. 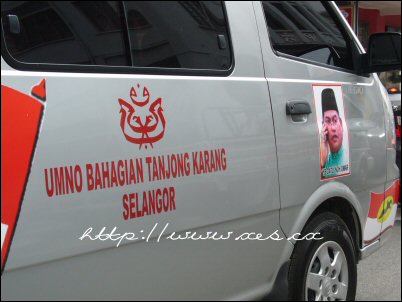 While driving around Melaka, we saw this van belonging to UMNO Bahagian Tanjong Karang. On the right, you will see a person’s face, probably the Division chief’s face, with a mobile phone on his hand. Can’t they find a better picture?

Picture of an ‘open air’ toilet taken in a petrol station @ Mersing. As you can see, there’s no roof. It was hot so hot that everything in the toilet was dry. I could literally see salt in the drain. Also, it was probably the driest smelling toilet I’ve even been.. Another photo for my throne series! 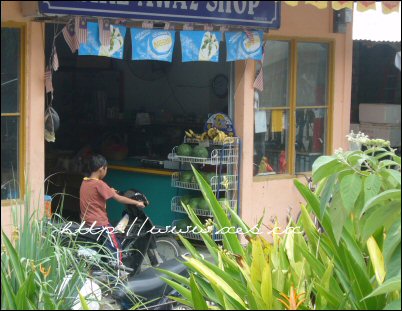 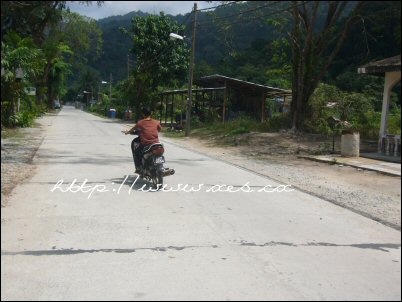 Vrooomm.. Underage and no helmet.. perfect recipe for fatal accident! 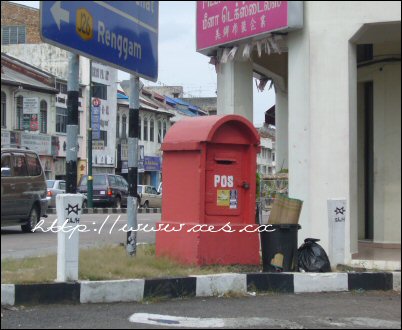 Picture of an unique postbox taken @ Kluang. It looks like a postbox converted from one of the Chinese altars!