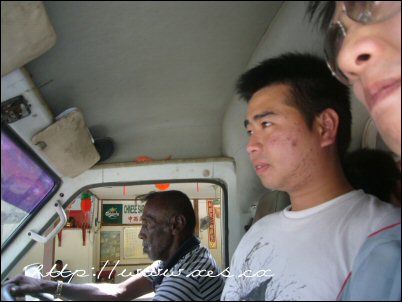 Indian Chap on the left

But unknown to us, his van was an old, old van.. Just enough to fit 14 of us – with one fellow sitting on the floor. 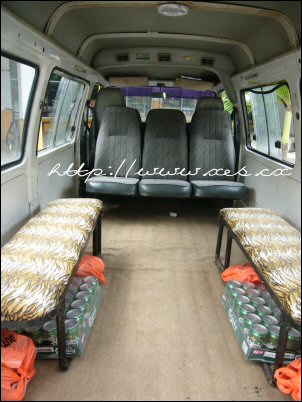 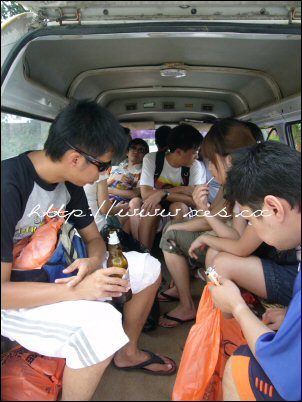 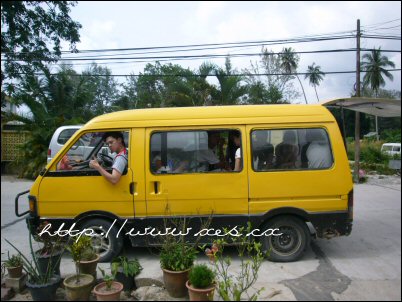 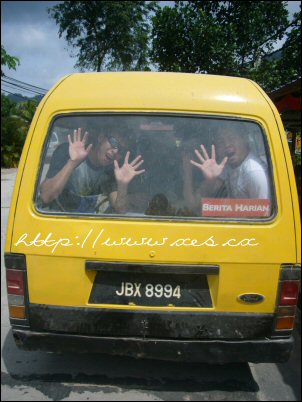 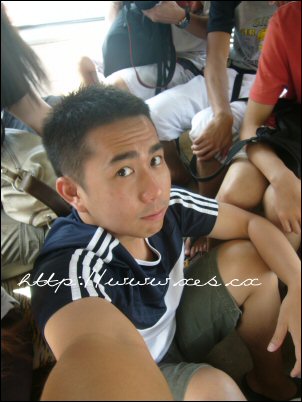 Me on the floor 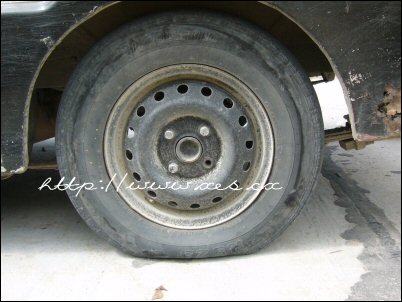 Deflated tyre – the van was too heavy..

Tioman Town also has numerous duty free shops. We bought two cartons of beer for the night and loads of snacks. I also bought a bottle of Greygoose for Melvin at RM110. 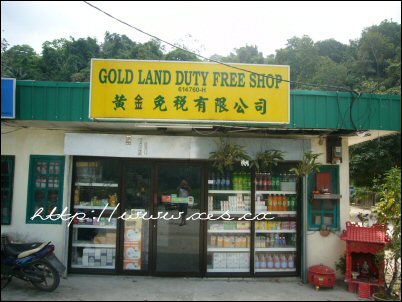 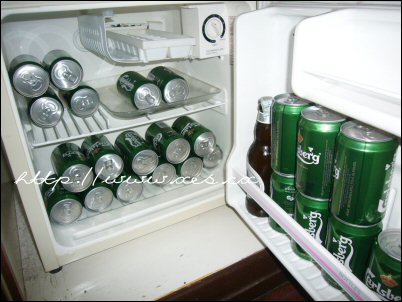 After filling our beer into our hotel fridge, we hung out at our hotel’s challenger’s park. 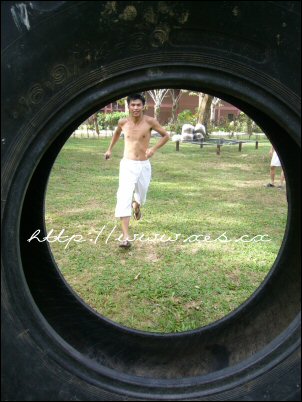 We got Ping to do some stunts. Ong Bak!!!

After that we played futsal but it ended abruptly after Umeng twisted his toe (we were all playing barefoot). It was Sunday and the inhouse doctor has left. All Umeng had was a bag of ice to minimize the swelling. We continued playing futsal again after that – with Umeng on the bench. 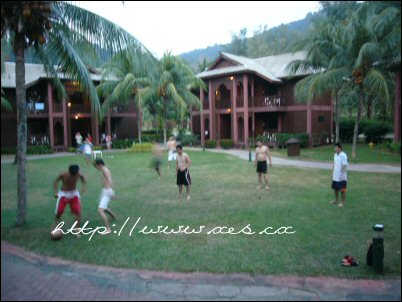 Futsal infront of our rooms

At night, we tried to finish up our beer but failed. We had to tahpao some back home.

On the next day, everyone got up extremely early to pack up. We didn’t want to miss our boat ride again!

The trip back to Mersing was a breeze. We had comfortable seats – with air con on full blast. It took only 1 1/2 hours, just nice for a short nap… 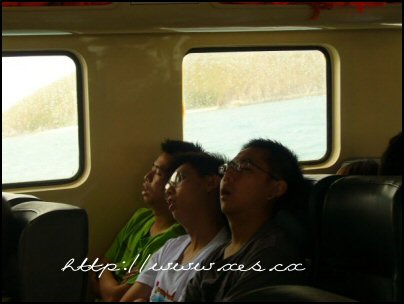