» Day time – The wedding of Prince William and Princess Maxima
Coincidentally, our trip was in conjunction with the wedding of the Prince of Holland. There was a parade on the streets. Coincidentally again, our hotel room is facing the parade and thus we were able to see the parade on the streets. There were military personals marching, music bands and military personals on the horses parading the streets. The whole town was filled with joyful and merry people. There were some people giving out orange banners and some orange stuff. It seems that the Dutch loves orange. Anyway, the wedding ceremony was in a church in Dam Square and shown live on tv. We took couple of pictures of the ceremony. 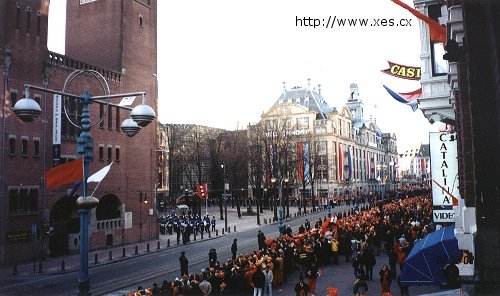 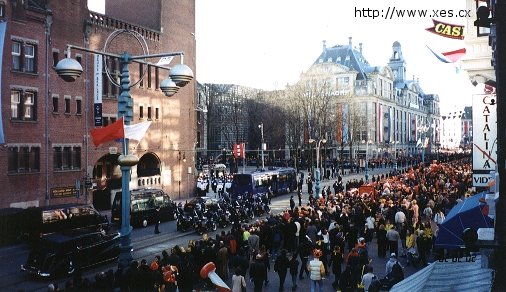 Canal Buildings (our hotel is the 2nd one from the right) 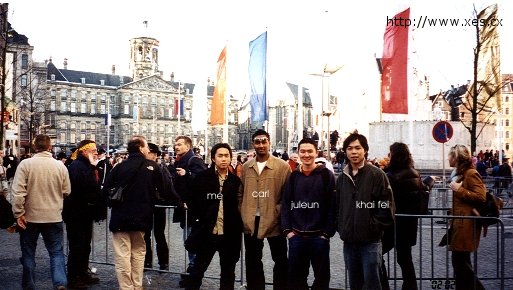 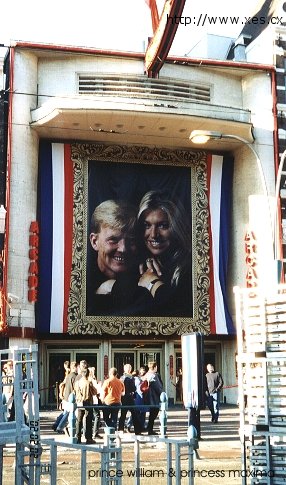 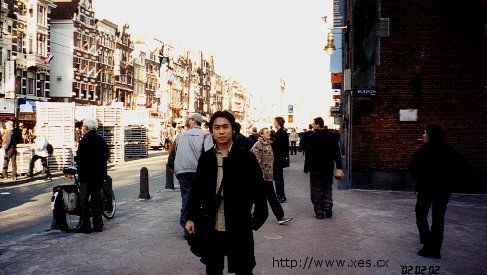 Me after the parade

» Night time – Clubbing at Amsterdam!
We went clubbing at the so-called best club in Amsterdam called Escape. The place opens at 30 minutes past eleven. The cover charge is about 15 euros and as usual you are screened before entering the club (walking through metal detector and stuff). One thing I like about the club is it’s multicultural compared to the clubs in Sheffield which is mainly British locals. In Escape, you’ll see plenty of Asians and other races from around the world. Well, conclusion, the atmosphere of the club, the crowd is great the music is fine!