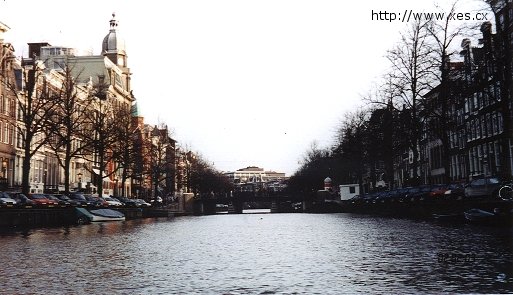 a view of the canal

» Daytime
We went for 2 strip shows at Casa Rosso. The first one was pretty boring, a middle-aged couple screwing on the stage and a skinny teenybopper Asian teenage stripping. *euw* The only interesting part or i might say hilarious, is one of the performance by an audience. He was invited by the middle-aged lady to perform with her. When he got up on the stage, he swayed his ass on the stage and start making faces when the lady was touching him. 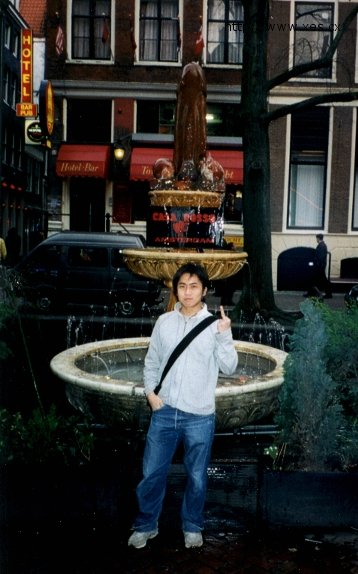 The second strip show was just too boring. I feel asleep halfway. *yawn*

» Evening
We went for a boat ride in the Canals around Amsterdam. Nothing interesting except for couple of sceneries but not even the famous Windmills and Anne Frank’s home. Here’s some fact i picked up from the information the boat captain gave.

– Due to the shortage of land, people have to live in boathouses (but of course there are those who choose to do so)
– Legal boathouses are provided with electricity and water supply.
– Illegal ones aren’t
– There is about 100km of canals and more than 100 bridges.

» Night time
We were pretty much exhausted from the daytime activities. Most of us choose to sleep. 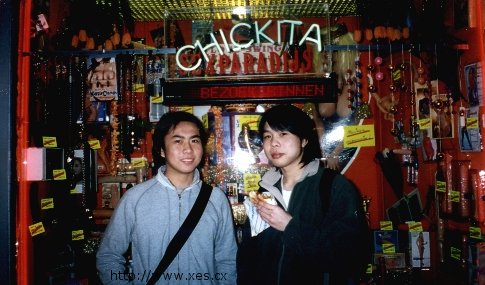 me & khaifei @ one of the sex shops