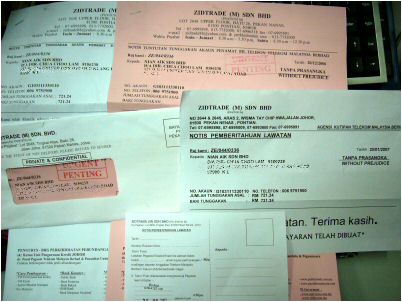 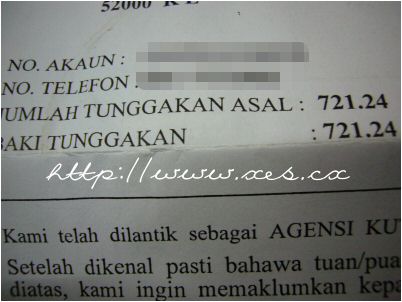 I didn’t know that our National telco would deploy debt collection agencies to collect their outstanding bills. However, it’s not practical to get a lawyer to initiate action against such defaulters as the sum owned is too small. If legal proceedings were initiated to recover a sum of RM700, the costs of doing so would definitely be few fold of the sum owned. Therefore it is wiser to do by way of a debt collecting agency.
This Ztrade has been sending numerous letters reminding Nian Aik Sdn Bhd of their outstanding bills. 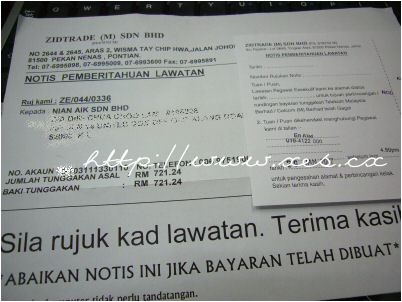 Now Ztrade has even sent me one letter informing Nian Aik Sdn Bhd that they will pay us a visit!! This is definitely a scare tactic to make debtors worry that debt collectors will step into their house to demand for money.
To my knowledge, such tactic over a small outstanding amount is not a norm in Malaysia. Nevertheless, this is a civilised method of collecting a debt. I’ve heard stories where companies hired thugs or gangsters to collect debts for them. These thugs would harass debtors with all sorts of method. Recently, I heard one thug poured paint on one debtor’s family pet. LOL The poor dog had to be shaved!