As some of you may know, I traveled up to Penang to give a talk on Blogging and Copyright Law, an event organised by webhosting company, Exabytes and online legal jobs related portal, eLawyer.

We started our journey to Penang at around 8am. We were supposed to leave at 7am but I overslept. Many apologies to Eddie for making him wait.

We stopped by Pun Chun Restaurant @ Bidor for its well known herbal duck noodles. I had the soup based noodles and Eddit had the dry version.

The soup based version is nothing to shout about. I find that the herbal duck noodles at Sun Hing Loong @ SS2 is so much better.

I didn’t know that they have the dry version but it looks pretty interesting to me. It comes with a wan tan mee style noodles with a bowl of herbal duck soup.

We stayed at this hotel by the name Hotel Vistana. It looked like some 3 star hotel from outside but the interior was excellent! It felt like a 5 star hotel!

We stopped by Exabytes’ office located at Suntec Building. We were given a tour of Exabytes office. They have a room for their employees to chill out.

Got DVD player and WII too! 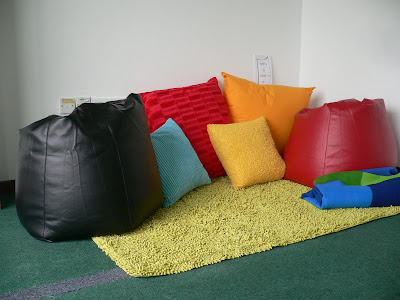 For dinner, one of Eddie’s friends brought us to a hawker centre. I had prawn noodles, char kuay teow, lobak and oh chien (grilled oyster + eggs) for dinner!

We then adjourned to Upper Penang Road for drinks. That place reminds me of Singapore’s Clarke Quay – minus the crowd.

I was feeling a bit feverish from the trip + heaty food. So instead of drowning myself with beer, I had a nice cup of hot honey lemon tea.

Thereafter, Eddie’s friend brought me to one stall that sells some sort of herbal tea. According to her, the herbal tea is good for those feeling a sore throat coming. Without hesitation, I gulped down a glass of bitter herbal tea which was mixed with some sort of powder. It tasted reaaallly bad.

After finishing it, I returned my glass and wanted to leave. Before I could, the stall owner refilled my glass with more herbal tea! In my mind I was screaming “KANASSAAAI!!! (shit)”.

However, the tea was sweet instead of bitter! I guess it was something to wash off the bitter aftertaste!