Michael Jackson aside, I thought I would pen down a small tribute to Pak Pak, my mother’s cat. Pak Pak has been with us June 2007. He recently succumbed to illness.

Pak Pak had always been the quiet and obedient cat. However, he had always been weak and sick. There was a time when I found him shivering in cold but his body temperature was high. I wrapped him with a cloth hoping that it will comfort him. He was fine the next day. 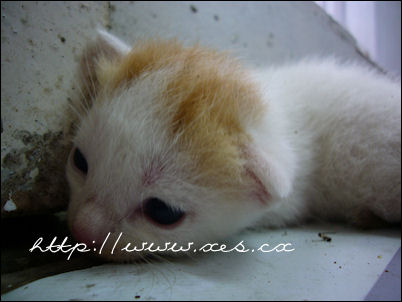 As some of you may recall, Pak Pak has 2 other siblings. Unfortunately, todate, both siblings are no longer around. Cats have a tendency to leave when they grow up. Pak Pak on the other hand stayed with us until his demise. 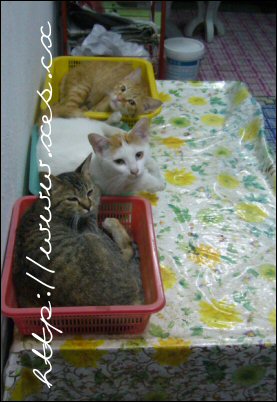 Pak Pak had been losing a lot of weight for the past few weeks. We initially suspected that he had lost his appetite from his constant fights with other cats. 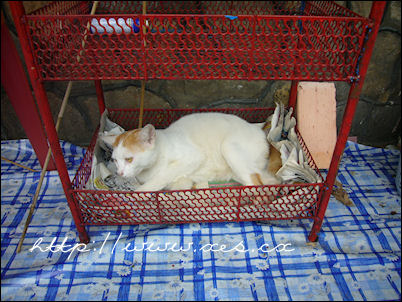 But on 26 June 2009, while rushing into Eddie’s car to head to Penang for my talk, I found Pak Pak lying sideways in the garden. Mum informed me that Pak Pak had passed on.

I have never been close to Pak Pak although he had been with us since June 2007. Nevertheless, the little moments of joy of seeing Pak Pak welcoming me home after a long day of work is something worth remembering.

I hope you rest in peace Pak Pak.