It’s been a while since I went for a rave. The last time was probably at Speedzone @ KL Tower in April 2007.
Freedom 08 was a 2 days dance event held at Admiral Marina, which is around 78km away from Kuala Lumpur. first day consists of DJ Ferry Corsten and DJ Tiesto. Second day was Cosmic Gate and DJ Tiesto again. Patrons have the option to opt for a 2 days ticket or a 1 day ticket. It’s the second time a rave was held at Admiral Marina. The
The gang, Acidtripping Ben, Angeline, Elaine, Eric, ivN, Sharon Dilirius, Jimmy, Heidi and I battered the traffic jam before reaching Port Dickson in the evening. We were stuck at one slow moving stretch near Seremban for half an hour – only to realise that the cause of the jam was one stupid hole in a divider. 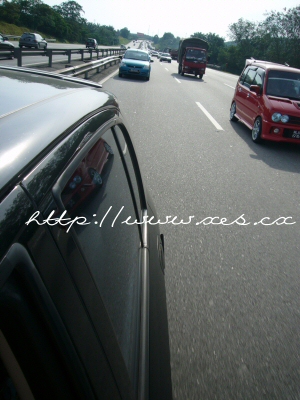 Jam aaaaa!
Jimmy and Heidi came all the way from Jakarta, Indonesia to attend this rave. Acidtripping Ben on the other hand joined us to a rave for the first time.
We stayed at one hotel by the name Selesa Beach Resort, which is 2 hotels away from Admiral Marina. The room was pretty crap. ivN and Acidtripping Ben’s room smells of wet dog. And they don’t have warm shower too.
We had dinner at one waterfront restaurant nearby our hotel. It’s a very nice place but the food was crap. 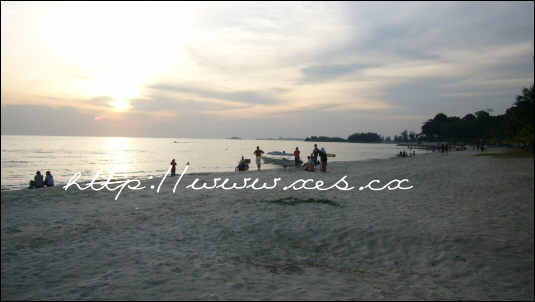 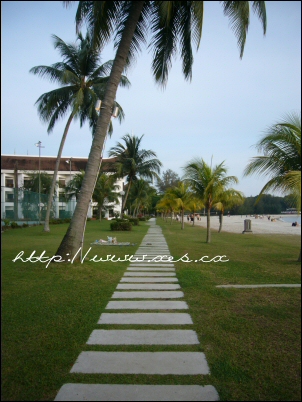 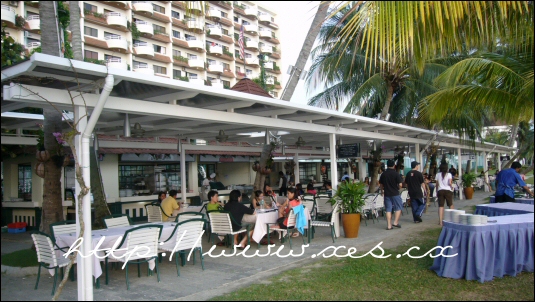 They also forgot my order. I was so frustrated that I screamed, “WHERE THE F*** IS MY BURGER??”. It came few minutes later and they were nice enough to give me a complimentary ice lemon tea for the error. I hope they didn’t use my buns to wipe their armpit. 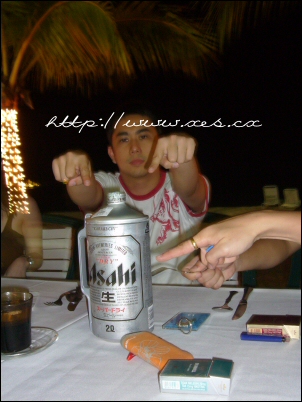 My 2 Litre Asahi Beer from Langkawi
Getting into Admiral Marina was painful. It was extremely crowded and hot. We had to endure a pushy crowd through their ticket and security counter to get into the venue. The crowd control was terrible. There were a few lanes opened for everyone to enter and everyone had to fight their way into the lanes – loads of queue cutting and pushing involved. 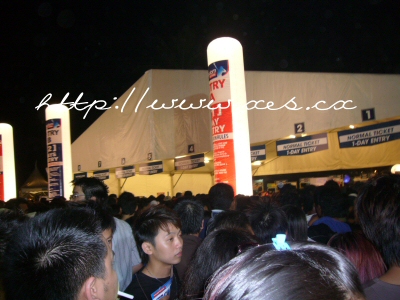 The crowd at the entrance 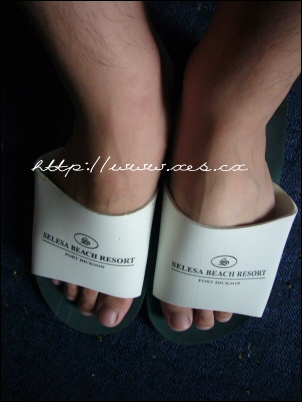 Someone actually wore this slipper to the rave. It’s our hotel’s slippers. Oh, one guy came in wheelchair too.
Security was pretty tight this time. They went through everyone’s pockets, wallets, handbags, cigarette boxes and even shoes to check for weapons, drugs and forbidden items. Some girls had their bags flipped upside down and shaken.
I was told that one of the forbidden items was candies (including chewing gum) and many had their candies confiscated. The worst bit is that recording gadgets are not allowed. Some friends had their camera batteries confiscated.
On the first night, some people were arrested after they were caught for drugs. A friend was arrested after they found pills hidden in his pocket. Hope he’ll be fine.
The venue made up mainly of 2 rooms, electronic dance music (main area) and R&B music. The main area was located on a sandy field. By the end of the night, I had sand everywhere.
Just as we stepped into the main room, someone screamed, “WOOOHOOO FERRY CORSTEN!!!”.
Elaine: What a noob. Cosmic Gate is spinning la. Ferry Corsten was last night.
It is unfortunate that Cosmic Gate had to play before DJ Tiesto. It would be great to see Cosmic Gate to go all out. 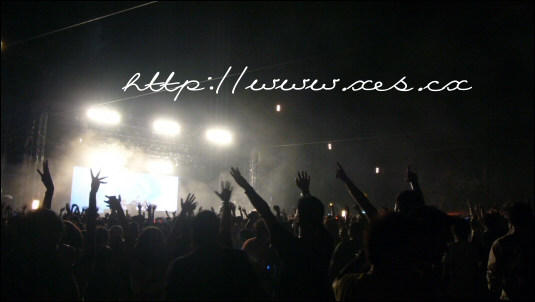 Part II Coming up!
In the meanwhile, check out the following movies I took.

Tiesto’s first track of the night.