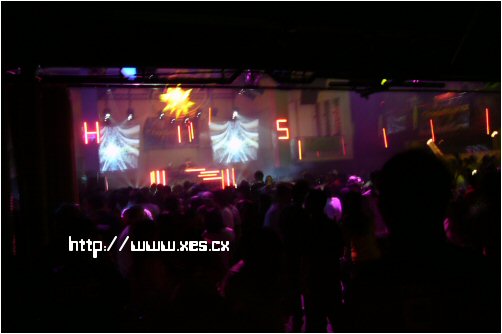 Since GanGaGuGu is spinning for this event and also that Tay persuaded me to go and despite the guest list being closed, Sharon Dilirius, Tay and I made the journey to Ruums for this event.
The place was packed!

But at or around 12AM, people started to leave the club. It seems that there were rumours that the police are going to raid the club. On the last event, the police raided Ruums and detained few underaged patrons (and also a suspected rapist!). With the fresh raid on their minds, people were churning out from the club leaving a huge gap on the dance floor. The HS Crew fused it by announcing that there would be no police raid. I was later told that the rumour was trigged by a raid at Passion and Poppy. A friend’s acquaintance was arrested after being tested positive for drugs. Apparently she was on antibiotics and has her doctor’s letter to certify it. Unfortunately, the police didn’t release her. 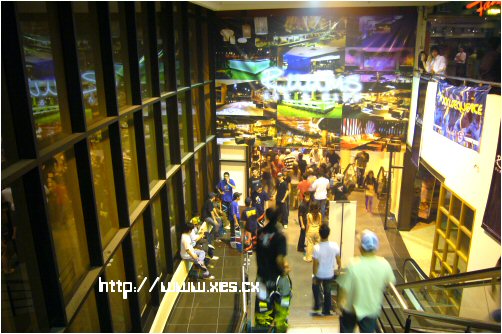 Patrons outside the club after hearing rumour of a raid by the police
Man, that’s fukup. Imagine you dress up nicely with make up and perfume all over before heading to the club and screaming to yourself, “I’M GOING TO GET LAID TONIGHT!” and then end up smelling like a fish on Monday at the Magistrate Court to be charged.
Welcome to Malaysia my friends!

GanGaGuGu took the decks with DJ Learn at 2AM. And the rest of the night were bang bang bang and bang until my ears were ringing. The sound system was so powerful that eraine said, “I feel my internal organs moving!”. 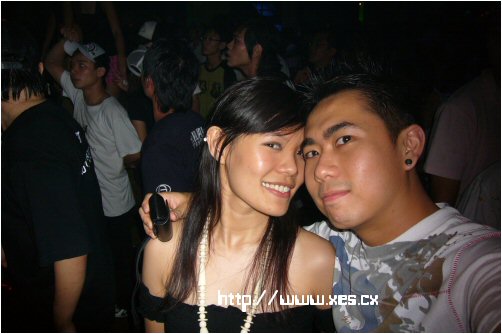 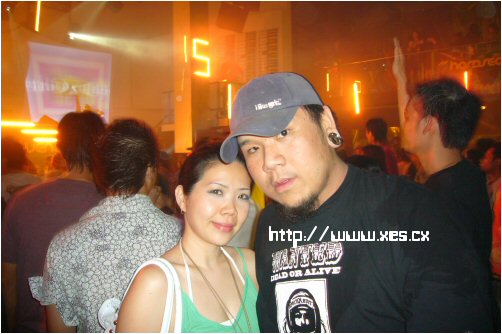 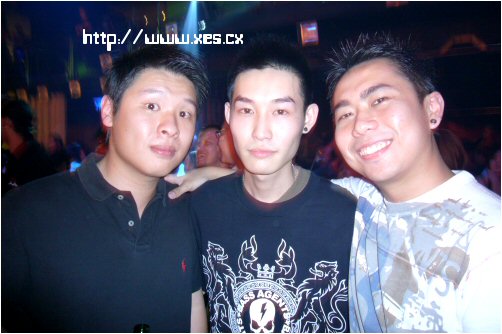 While GanGaGuGu was spinning, a crowd suddenly gathered in front of the stage. The crowd was so big until Tay and I were pushed off from our spot. It seems that Azmer, the former Champion for one of the Melbourne Shuffle Competitions was on the stage. Superstar I tell you. I think he was on the stage just to chat and take pictures and unexpectedly people gathered to watch him. Tay said that the sight of Azmer to the crowd is like Canto pop fans gathering to see Hong Kong singer Andy Lau.

Of course, Azmer didn’t want to disappoint the crowd. He strut his shit on the stage until one Middle East Ah Kua came to grind with him O_O|||

Also, when GanGaGuGu and Learn were about to spin, balloons were released from the ceiling. FYI, Big Ben has a phobia over balloons. He was like being caught in a war zone, he had his hands covering his ears. Heh.