I came across this article about “splog” or spam blog.

With advertising dollars to be had from site hits, copycats have come up with ever inventive ways of leeching off the efforts of original bloggers.

It can range from “splogs” that use automated software to copy online content, to human copy-and-pasters who either lift wholesale with small changes or in part.

Blogger Blobzz, a 29-year-old housewife, was a victim of one such copycat.

She runs a blog shop at knickknackstogo.blogspot.com, which sells mainly handbags and fashion accessories.

Although it was profitable — she earns an average of more than S$2,000 (RM4,830) a month — she e-mailed her customers last month that she was going to be slowing down as she wanted to spend more time with her sons, aged 2-1/2 and 1.

But soon she started getting strange e-mails. The first few were inquisitive, asking if certain items were in stock, even though she hadn’t put up anything new.

But then she got an e-mail saying she was dishonest, accusing her of saying something was in stock when it wasn’t. The writer also called her by a different name.

“That’s when I asked her where she got my e-mail from,” she said.

The writer insisted it was her website. The housewife kept asking until eventually, the writer revealed the web address. It wasn’t her blog shop, but the address was remarkably similar.

Someone had copied and pasted her blog shop’s terms and conditions plus other relevant information without even changing her e-mail.

“When I tried to e-mail her, I e-mailed myself,” she said.

But she eventually got the other blogger’s contact. After a confrontation by e-mail, the alleged copycat (who insisted someone else had done her site) changed the text and removed the e-mail.

But there was no apology.

Recently, the socio-political blog “The Wayang Party” has also started fighting its own version of the clone wars.

On 16 May, it posted an announcement that “a few blogs were set up lately with the sole purpose of plagiarising our articles in order to divert some traffic away from us on search engines”.

Eugene Yeo, the blog’s chief editor, said they were informed by their readers sometime in late March.

The alleged copycat would cut and paste articles wholesale from the blog without putting a reciprocal link.

He said: “The originator is very tenacious. We have given him a few warnings not to plagiarise our articles before complaining to WordPress (the blog host) to shut down his blog.”

But blogger would then start another blog with the same root name almost immediately.

Yeo said the impact on his hits and revenue was “minimal”. He no longer writes to the copycat, but simply e-mails the host to shut down his site.

Wendy Cheng, better known as the blogger Xiaxue, said she had been plagiarised several times before.

It has no effect on her ad revenue, she said. Although she was annoyed and incredulous at first, she now “can’t be bothered” unless they repeatedly do it.

Blogger Sesame, who runs several sites, said her beauty and fashion blog www.vivawoman.net, which gets 4,000 to 5,000 hits a day, is the target of many “splogs”.

She deals with the automated ones by not publishing full feeds. But when a splog is a major issue, she’ll contact other blogs affected by it and write to the webhost to shut it down.

To deal with manual copycats, she uses a script to make it more difficult to copy (you can’t highlight text).

He said: “The perpetrator not only copied my text to his blog without any reference back to my blog, he even directly used my images from my post.”

Well-known local blogger Cowboy Caleb said: “It’s a new kind of problem, made possible by the “openness” of bloggers to syndicate their thoughts.”

To deal with this, he has a copyrighted by-line that links back to him that appears at the bottom of all his RSS feed items.

Because of the link, he knows it is happening to him on a regular basis. But he prefers to just ignore them.

He said: “Bloggers should focus on creating better content and engaging their readers instead of worrying about petty things like being scraped or copied. They should be honoured that some small time petty criminal even knows them.” — The New Paper

If you had been reading this blog for long, you’ll probably remember how this blog was plagiarized by one “xxess”. That was like 4 years ago! Time flies! 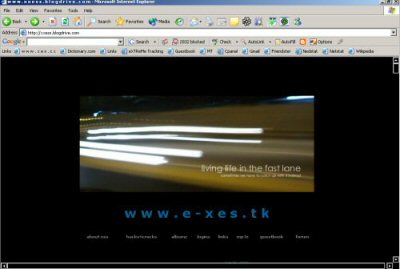 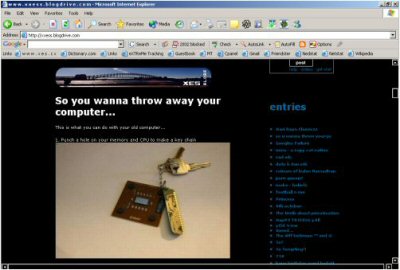 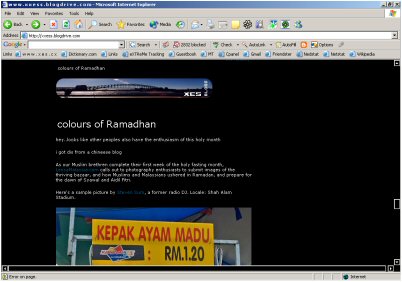 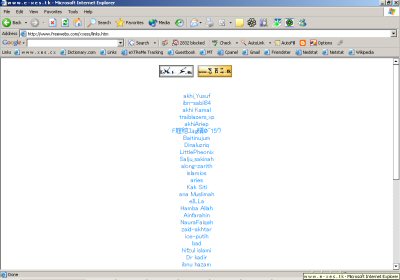 aahh.. those were the days.

5 thoughts on “Help! Someone stole my blog!”