After so many months of discussion and deliberation, it’s finally happened – the first shuffle competition in Miri, on the 15th and 17th of November. With the RM1000 prize money for the first place, contestants from all over Sarawak flew or even drove to Miri’s notorious club – Up2U, just for two nights of fighting it out on the dancefloor.
The competition on Wednesday (15th November) night was merely the elimination round, designed to select ten finalists out of the nineteen participants. Friday (17th November) night was a more serious affair, with several of the contestants exhausted to the point of being carried off the dance-floor halfway through their performances.
Such publicity! Such excitement! All that sweat – and maybe secretly shed tears, and the surprisingly good performances… and three winners were picked out of the nineteen contestants.
Alex Chua of Miri walked away the second runner-up, with his consistent performance and overwhelming popularity among the crowd. Wouldn’t say he was outstanding in any way, other than the fact he did well technically, so we’ll just move on to the next winner.

Eric Lee aka Explorer 360 bagged the first runner-up prize, with his energetic version of the Melbourne Shuffle coupled with a few daring trademark moves – including a handstand, his enthusiasm not dampened by the fact he’d suffered extreme fatigue and over-heating earlier on the dance-floor.

But the winner was from Sibu (Frank’s hometown YAY Frank’s hometown TAKE NOTE), Ling Ham Hoe, which surprised many, including the judges. With exciting dance moves and good looks (according to Ing Hui) and a good mastery of the dance, he literally blew the crowd away.

Sadly, my personal favourite, Banana Soon(Wait, BANANA?..ER..BANANA?!?!?..WHAT THE HELL?!?!?!?), with fluid moves and outstanding showmanship did not win, even though he rated highly with the judges. Audience were biased, I reckon, but fair’s fair with contestants from each district bagging a prize.

As this post is starting to get boring, I’ll just leave you here with pictures and video clips of the event. 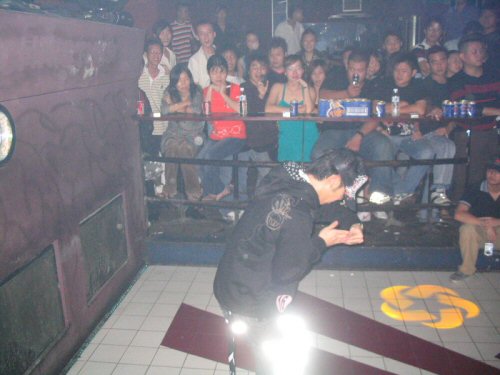 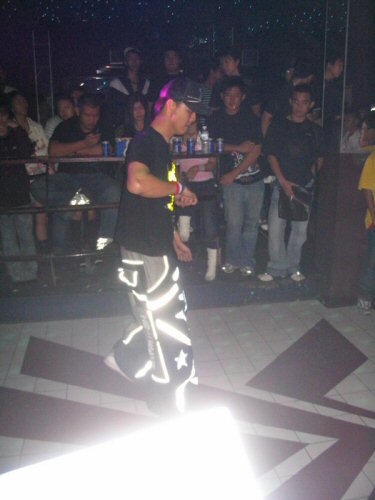 the 50% glow in the dark phat pants 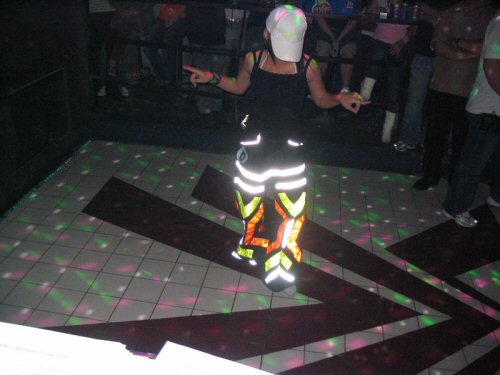 some girl wearing a 40% glow in the dark phatties? 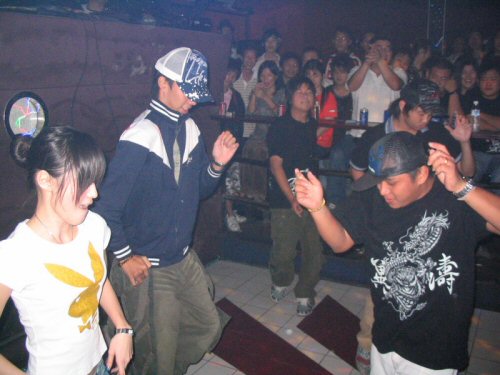 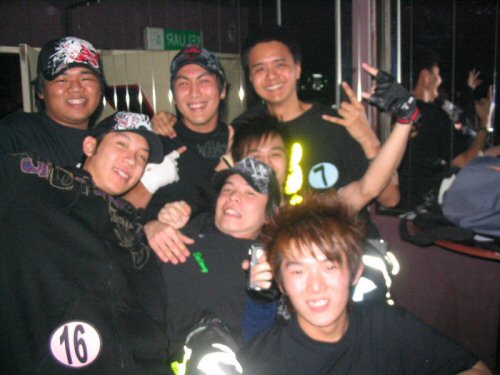 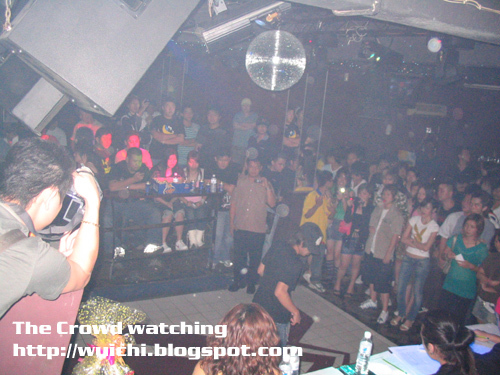 The crowd
p/s:Full credits to Arthur , Darren and Irene for video clips, pictures etc. Thank you, thank you and thank you and love you all alot!