We reached the place about 1030AM. We had to climb early cause if we don’t, we would be baked under the sun.

Batu Caves is divided into few climbing spots. There are Nyamuk, Damai, Volleyball and so on. One has to drive through narrow village roads to get to the climbing spots. We had to be very careful, if we bang into a child or a chicken, we would have to speed to the nearest police station as villages would be chasing us with pitch forks and knifes. There were many cases where villagers burn motorist’s vehicle or beat up motorist after they killed a child or a chicken.

Our first destination was Damai, a nice limestone climbing spot. It’s easily accessible as it just few steps away from the car park.

Since it’s my first time climbing outdoors, we started off with two 5Cs routes. Above the climbing routes lies Damai Cave, which is accessible through stairs. However, it’s bloody scary inside as the floor is slanted and any misstep would send you flying out from the cave. 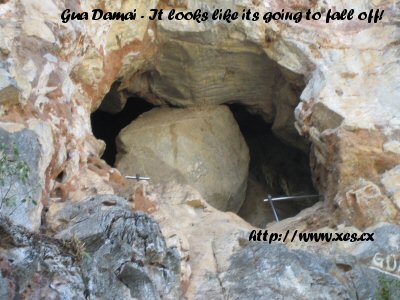 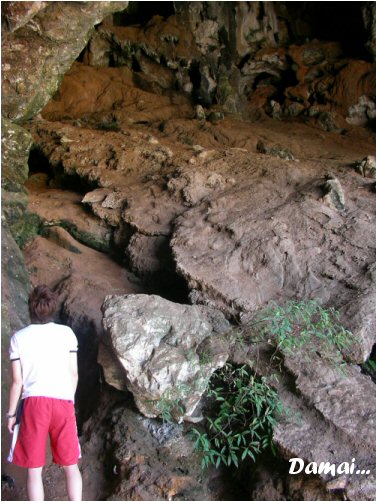 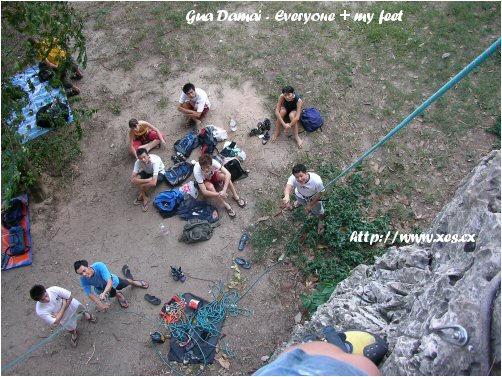 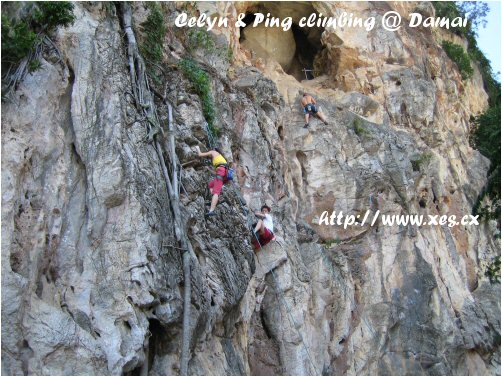 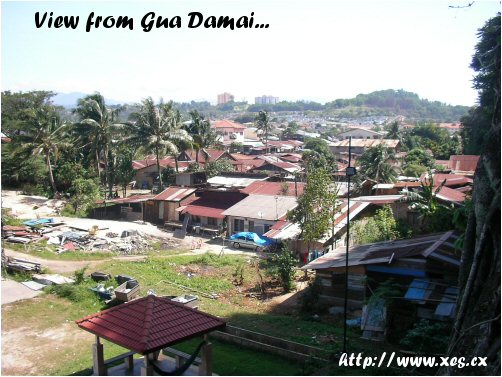 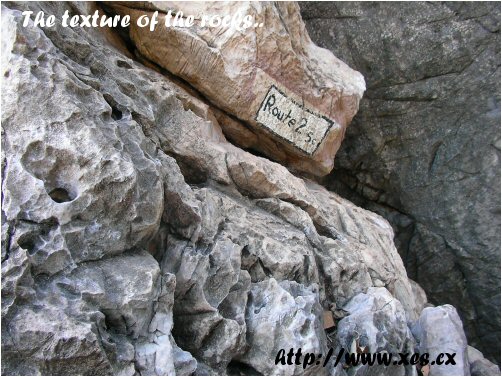 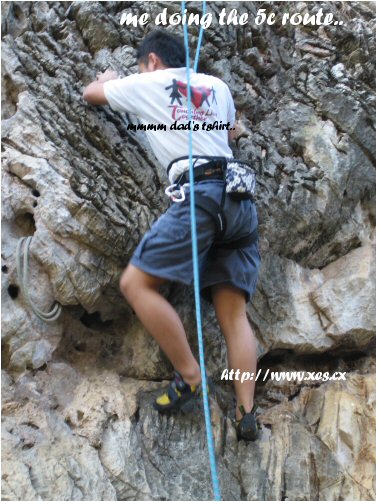 We left for Nyamuk after we took turns to top the 5C routes.. Nyamuk means mosquitoe in Malay. It’s also another recommended climbing spot around Batu Caves.

To get into Nyamuk, we had to hike into the jungles. Fortunately, it takes only about 10 minutes.

Nyamuk is more fun than Damai. However, as indicated by its name, Nyamuk is infested with mosquitoes and worst of all, FLEAS!!! We had to scratch ourselves silly throughout the entire session. 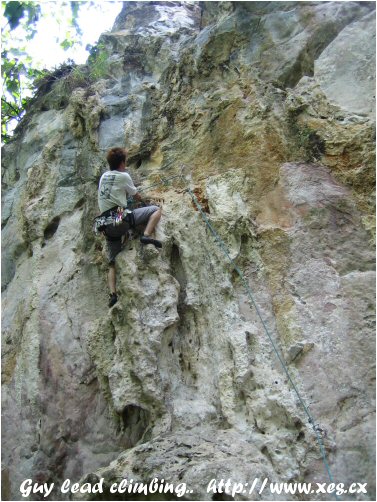 The routes were much harder this time. It was about 15 – 20 meters high. Since we’re using an elastic like rope, whenever we fall, we felt as if going to crash onto the ground (mind you, the ground wasn’t flat at all). At one point, Cris landed on his ass cause of the elasticity of the rope!

Once we’re up on the rock, some of us would do the ‘Elvis Presley’ dance i.e our legs would be shaking like mad!! 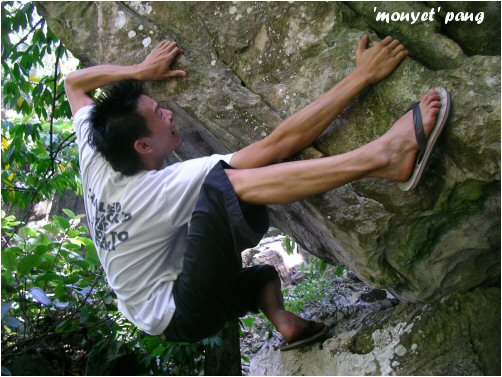 By the end of the day, everyone was different as compared to what we were previously in the morning. From a hyperactive group of people to a quiet and exhausted bunch. We were so bloody glad when we reached civilization. We stopped by for Burger King…oh my god…An iced coca cola with burger was like the best meal in the world.. 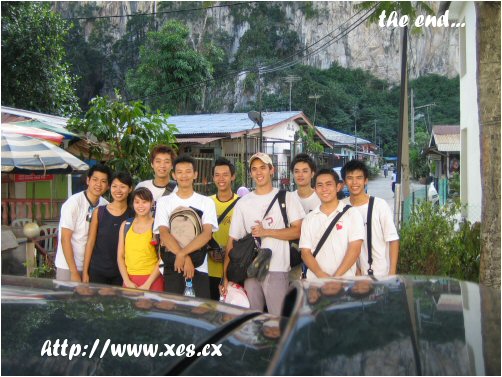