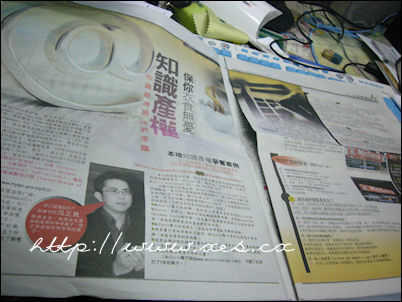 Recently, the local media has reported that the High Court of Malaya has ordered McCurry Restaurant (KL) Sdn Bhd to immediately stop using the prefix “Mc” in its business name.

The 24-hour open-air restaurant serves spicy fish-head curries, tandoori chicken and other Indian delicacies on a street corner in the capital, under a large “McCurry” sign.

The Honourable Justice Siti Mariah Ahmad also ordered that damages to be paid to McDonald’s Corporation to be assessed.

Yang Arif (Malay term for The Honourable), in the verbal judgement (I cant wait for the written judgement to be published!) ruled that “Mc” was distinctive of McDonald’s either singularly or used in conjunction with items of food and it could therefore claim goodwill and reputation in its business in reference to the prefix. Yang Arif further held that “The defendant’s use of the word McCurry and employing signage featuring colours distinctive of the plaintiff’s was indulging in acts that could rise to confusion and deception”.

Yang Arif held that the acts of the defendant were a deliberate attempt to get an unfair advantage to the detriment of the plaintiff and as a consequence of McCurry’s usage of the word “Mc”, “The plaintiff had suffered damage to their goodwill and reputation and an erosion to the singularity that they had enjoyed vis-a-vis the “Mc” trademark.

In McCurry defence, it was stated that it was not aware that McDonald’s was the proprietor and operator of the world-renowned chain of restaurants and that “McCurry” was just an abbreviation for “Malaysian Chicken Curry”.

This case was heavily publicized in many countries such as the United Kingdom, China and Japan. This case clearly serves as a warning to everyone on the risk of using any signs, marks and even colour schemes that are closely connected to McDonald.
To me, the case was decided fairly although it creates an impression that any traders using the word “Mc” would get into trouble. Also, as some may know, McCurry is an ancient Scottish surname.

In this case, in my humble opinion, if McCurry had the word “McCurry” in a different stylized mark and adopted another colour scheme, McDonalds would not have a strong case.

When choosing a company name or a trade mark or even a get-up (e.g. packaging), it is always best to create something distinctive. The ultimate aim of a trade mark or get up is to distinguish your goods or services from other traders.

Using common elements that are connected or associated to the specification of goods and/or services on your mark would create many problems as these elements are widely used by others. For example, using the mark “The Cake” on your bakery products. You may not be able to stop others from using the words “The Cake”.

Further, if you use a mark or name which is identical or confusingly similar with another trade mark, be prepared to receive a letter from a lawyer and thereafter be embroiled in an expensive legal battle.