It was another mabuk (drunken) party.

Many thanks to Kimberlycun for the invites and Mypartners Communications and Riche Monde for the free bottle of Smirnoff Green Apple. Initially I’ve no idea who will be attending and why I was invited. I was later told that, in Kimfluttersby’s words, “They chose us for our versatile, fun and colourful lives or persona in our blog”. Yes ah?

Mypartners had gathered 4 bloggers, Suanie of http://www.suanie.net, ShaolinTiger of http://www.shaolintiger.com, Kimfluttersby of http://www.xanga.com/kimfluttersby and I to one Smirnoff vodka tasting session in the ice bar of Sanctuary (Sanctuary is a pub/club). Yes, an ice bar, a bloody freezer made into a bar with minus 15 degrees Celsius. We were there for probably a good 20 minutes. It was freezing cold.

Nevertheless, we were fortunate to be given shots of vodka (in various flavours) and each of us was presented with a bottle of Smirnoff vodka by Ms. Shirley Chan of Riche Monde. People from the media were there as well. Many photos and videos were taken by them. 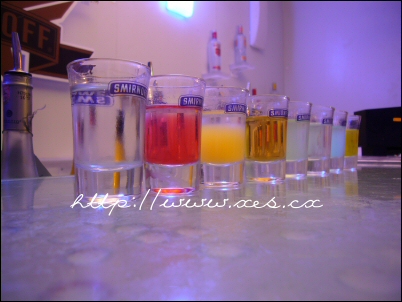 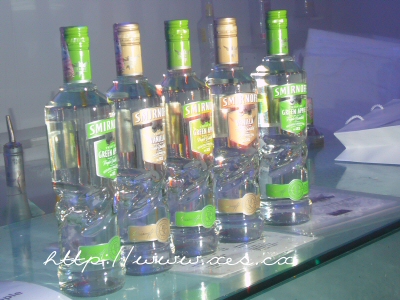 The new Smirnoff vodka is actually pretty nice. It’s sweet and you can actually drink it neat (without any mixtures)! 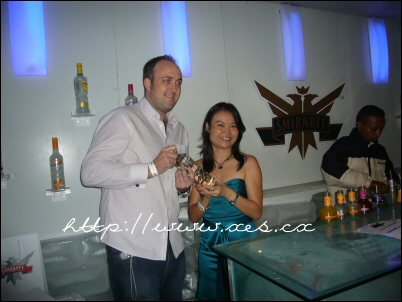 ShaolinTiger being presented with a bottle of Smirnoff Vanilla by Shirley Chan. 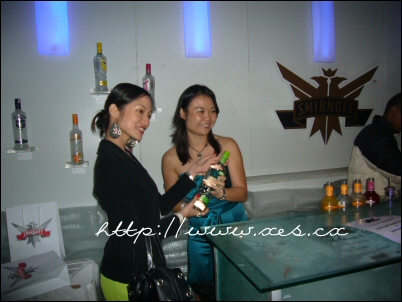 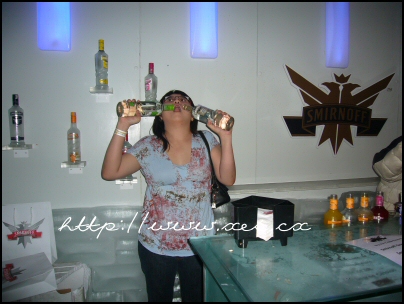 After the drinking and posing session, we drank some more. My friends and I were given drinks 3 coupons each. 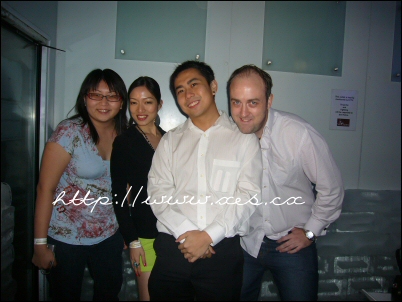 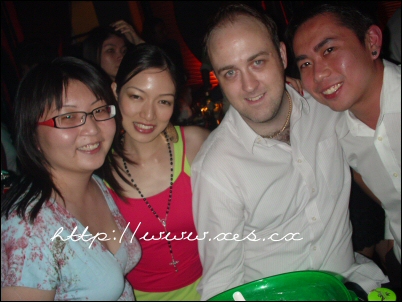 I crashed straight to bed with my contact lens intact and in working clothes. I woke up with a hangover and dragged myself to work.
Hours later, my mum called and screamed, “AH BOY!! YOU DON’T GO AND DRINK ANYMORE!!!!”