From clubs to raves, now xes.cx is bringing you another part of Kuala Lumpur night life. To those who are interested in theatrical performances, you may head to the Kuala Lumpur Performing Arts Centre (KLPAC). 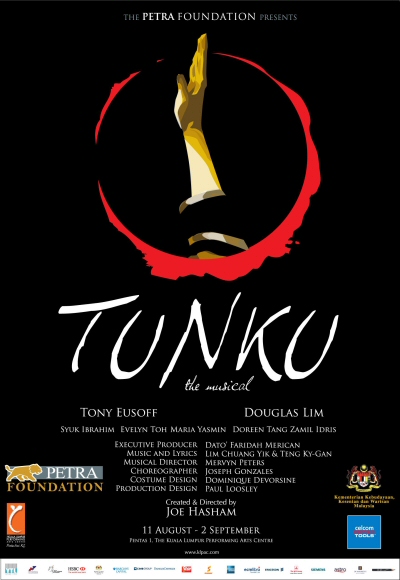 From 11 August 2007 to 1 September 2007, KLPAC will be hosting the musical play, Tunku: The Musical. Angeline was fortunate to be given free tickets to attend the premiere of Tunku: The Musical. It was attended by members of the media and even some local celebrities like Elaine Daly, Carmen Soo and Hannah T. 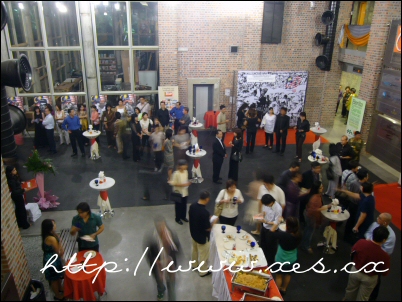 Inside KLPAC
According to the synopsis:

“Merdeka, Merdeka, Merdeka, seven times the Tunku called. Seven times came the deep, excited response.
The last roaring cheer died away. A roll of drums, a hard metallic command, and as the strains of the national anthem flooded the stadium the flag of independent Malaya was slowly raised. Exactly as the flag reached the masthead came a crash of the first shot of the 101-gun salute…and so marks the beginning of our 50-year journey.”
Created and directed by Joe Hasham and written by the duo who brought you the award-winning Broken Bridges, Lim Chuang Yik and Teng Ky-Gan, TUNKU The Musical has all the colour, drama, excitement, anticipation, heartache, sorrow and uncertainty of that fateful Saturday morning 31st August, 1957. Aptly timed in conjunction with Malaysia’s 50th birthday celebration, this is certainly one production not-to-be-missed! 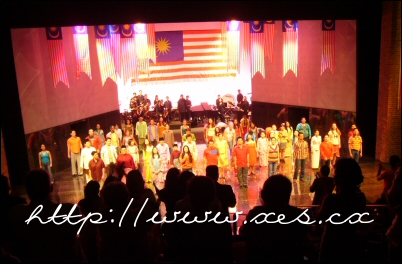 The cast
However, Tunku is not a character in the play. The story is basically about a love story between a Chinese girl (played by Doreen Tang) raised by a Malay family and a Malay boy whose father is a politician who despise his son’s inter racial relationship. The story covers notable periods of early Malaysia such as the Malaysia’s independence day, Singapore’s separation from Malaysia and the the May 13 incident . Throughout the play, black and white clips of early Malaysia were shown. One can see Tunku Abdul Rahman’s famous “Merdaka” proclamation, Lee Kuan Yew weeping on television after announcing the accession of Singapore, victims of May 13 and also the words “Error Temp” after one of the projectors failed.
Although the play seems to have millions of actors and actresses, there is actually a fixed number of casts in the play. Each and every of these actors and actresses have their background and details printed on the booklet of Tunku: the Musical.
To me, the best performance would be from Ms. Doreen Tang for her excellent vocals. Her singing reminds me of those Disney movies.
The Star Newspaper reported that it was a full house in KLPAC on the premiere of Tunku: The Musical. The Star had also reported that 500 guest attended the premier (maximum capacity is 504 according to KLPAC website). I’m not sure what do they mean by full house as many seats were unoccupied. 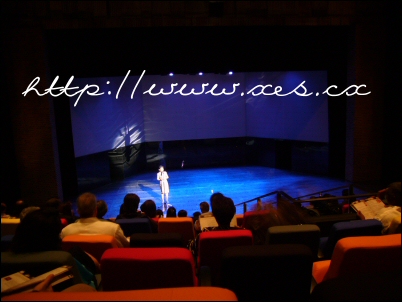 Full house? Where??
The play ended with a standing ovation from the crowd.