We were quite upset about leaving the place, seems like there’s still lots of things undone. We had our last session at Stone’s cafe (a coffee shop with Arabic designs). 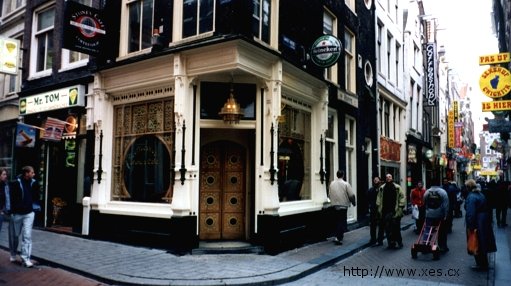 We met this Australian girl named Carla. She’s been backpacking for almost a year. She said she was in Barcelona for few months and she’ll be staying at Amsterdam for another 6 months to work. woah man, I wonder when she’s gonna stop. 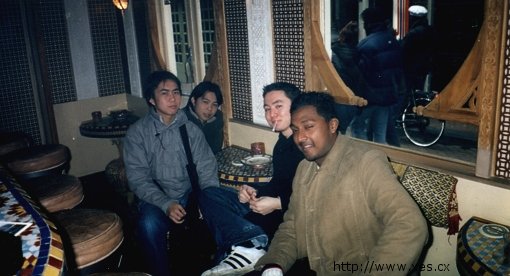 The trip back was pretty quick. It took us an hour to fly back from Holland to East Midlands and another hour to travel back to Nottingham by bus and another hour to travel back to Sheffield by train. The whole trip back home went smoothly with no delays. Anyway, all of us were pretty upset about leaving Amsterdam. We had a good time there. Everything is so much different and special, scenery wise and statutory wise. hehe. END 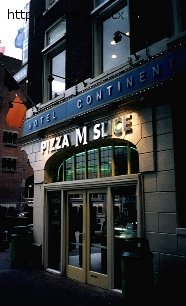 me with some statues @ Amsterdam airport

» misc. facts
We went to the Sex Museum; the exhibition ranged from Chinese ancient sex taboos to Fat French women having sex. There were also pictures of the real Casanova and Marilyn Monroe.

There are a lot of dealers (mostly black people but I’ve seen a Chinese selling before) on the streets offering ecstasy and cocaine. BEWARE! Some of them are fake!!