At last we are back in business!!!

To celebrate this joyful occassion, let’s sing a song call Sanpomichi(Walking Path in Japanese)by Japanese Band Judy and Mary. Oooh ya, i must warn you guys that you might get addicted to the song once you listen to it. The damn tune is stuck in my head for days now.

Music sample is encoded by Frank_omatic for private use only. 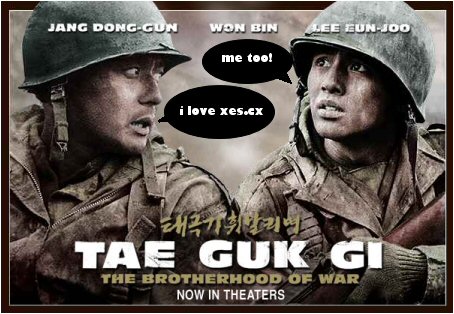 This is an album that only diehard Utada fans will love. All the song did not strike an impression to me of becoming a billboard 100 hits. Most of them are not even karaoke friendly.

As conclusion, don’t waste your money on original for this album.

Download
This is a Bittorent seed for Utada – Exodus. The size of the file is 72MB and there are currenly 20 seeds.

I got this from Frank..
My Dim Sum Girl… by Notorious MSG
Turn up ur speakers and Sing-a-Long

[Edit: 6.2.2007]
Yo, this song goes out to all you sexy girls who push the dim sum carts all
over the world…you know who you are, babies…you work so hard and we love
you so much….check it out yo

people – they’re telling me
that i shouldn?t bother with a lady
like you – you rock my world
yes you – my dim sum girl

Why you gotta tease me, baby…
you’re driving me crazy
don’t you see…
don’t play me like that, baby – please
just give me one chance

In the morning – at noon, at night
I think about you and it feels so right
so happy – when you look my way
when i talk to you you make my day
I see the tears in your eyes
please my baby don?t you cry
tomorrow is a whole new day
let’s me and you sing karaoke

Together…forever…that?s the way it?s got to be
please make my dream come true so I can live my fantasy
oh say that you’ll be mine – you know it’s a matter of time
come eat my rice with your chopsticks and leave the spoon behind

Hey baby you wear that dress for me?
you look great…what time you get off work, huh?
you must be so tired….let’s say you and me go get some boba tea –
relaxing….
what’s wrong, baby?
what’s wrong?
did I say something?
don’t leave me this way baby, no – don’t go….
you are the only one for me…please don’t break my heart like this!
no more fooling around….
I’m not a player anymore!
come back to me, baby….
come back to me…..
Related Links:
Notorious MSG – Official Website
Notorious MSG – Myspace 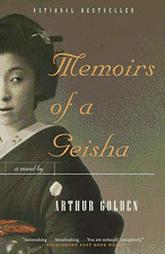 Sui Lin, Ben, Chiew Wai, Sow, Zing and I watched The Last Samurai starring Tom Cruise. I liked it. I like the way they project the old Japanese culture, battle scene (especially they part where they used old traditional way to fight against modern warfare) and also sword fighting.

As for Taka, the actress, her sorrowful face made her look like she’s going to cry any second. But no doubt, she has a CFM face 😀

The movie was shot in Taranaki, New Zealand. And what puzzled us was that, where the hell did they get so many Asians in the movie?

Zing: “Probably they hired Asians from The Malaysians and Singaporeans Society of University of Auckland”
Sow: “Yeah, probably they serve one huge ass bucket of Nasi Lemak at the backstage”

1) how a place is pronounced and how a person wishes to pronounce a place is up to the wish of the person. Bangsar can be pronounced in as many ways.who died and made u the sole voice in pronounciation of msian town names?
2)can you quantify your claim of yee sang being a msian dish with some prove? i doubt that very much.
3)foreigners who come into the coutnry for sexual pleasures know where to find them due to the vast network among them.so your suggestion of taxi drivers and such is not totally accurate.
4)the word black has been phased out of social use in western countries for quite some time.u shud brush up your knowledge before u try to impart advice.i doubt any westerner is gonna call anyone black.given your prejudice, i suppose you will but give the westerners some credit.

Terminator 3 Rise of the Machines will be in theaters on the 2nd of July 2003. Hopefully it’s not going to be a flop as the teaser shows the movie to be very promising. This time Arnold wouldnt be saying “I’ll be back” instead he said “She’ll be back”. Just can’t wait.