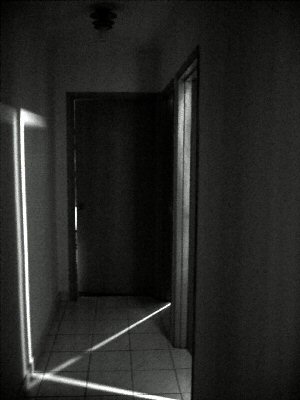 William, one of flatmate had gone back to Penang for Chinese New Year. Now only Hun Chong and I are left in the house. I will be returning to Sarawak on the 18th January while Hun Chong will leave for Penang on 20th January for Chinese New Year. Strangely, William’s absent from the house is not really felt. Maybe it is because we hardly do things together apart from watching TV together. That also explains why we do not have any argument about anything in the house. That is so different from my previous experience.

When I was doing A-level in Taylor’s College, I used to share a house with 6 friends. Although all of us were doing different courses and had different friends. We would always do thing together at night such as playing snooker, mamak, or watch movies. We had a lot of arguments about bills and about whose turn was it to mop the floor. Among the 6 of us, Boon is the coolest and the most happening housemate. He was the one we taught me how to play snooker and pool. However, Boon had a tendency of killing songs. He likes to play his favourite songs over and over again. His favourite song at one time was “She” by Elvis Costello from the movie Nottinghill. That song was one of my favourite until he killed it by playing it from day to night. Back then, we did not have a TV so Boon had this wacky idea of setting up his room to become a mini Cineplex. He would push his Queen Size mattress against the wall and put his computer in front of the bed. Then, he would have his table lamp shinning up the ceiling to create a cinema like atmosphere. All of us would sit on the bed in his air conditioned room to watch VCDs . Another of his wacky idea was putting his radio so that our toilet would have pipe music. All of our friends who visited our house were impressed by our fully conditioned house and pipe music toilet.

Cheng You was supposingly the boss of the house because the house was rented under his name. He made a cleaning roaster for the house. Sadly apart from Simon, Shan Rhen and I, the rest never obey it including Cheng You himselves. Our house was fully conditioned at that time. We had air con in the each of our room and another one in the hall but we only paid RM10 per son. Cheng You, the genius in electronic appliances had come out with an idea of stopping the electric meter by pushing in the front panel glass of the meter.We were supposed to keep this a secret among all of us. However, Boon and Malwin told everyone in school that we were using electricity on behalf of the Agong.

Simon was the most hardworking student among all of us. He studied most of the time. I could not remember why he ended up living with us. Shan Rhen was my football kaki. We used to play football at the field near KFC every Thursday and watched football together. Malwin was the only non Chinese in my house last time. He is a Punjabi. He might be big and strong but he is afraid of ghost. He believed that we had a 7th ghostly housemate in our house. Until the day we moved out, he still insisted that there was actually a ghost in the house. In fact all those extra phenomenon events were the work of Shan Rhen, Boon and me. Malwin was a very innocent person then. He loved to watch porn but dare not buy them because he was afraid that his grandmother or his mother might find out about it.

I had a really great time living with that bunch of jokers. Even though I did badly in all my term exams that year, I have no regret. I really miss them sometimes.