Few hundred years ago, a battle between the Japanese Shogunate and the Japanese Imperial troops was fought here. 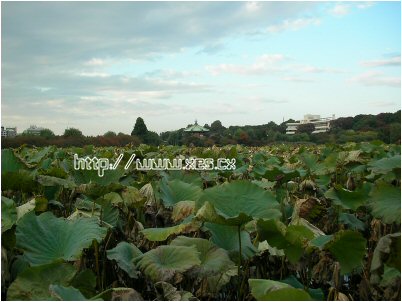 The statue of Former Imperial Minister and later turned rebel, Saigo Takamori lies near the southern entrance of the park. Saigo Takamori started out supporting the Meiji Restoration, but ended up ritually disemboweling himself in defeated opposition to it. The statue of a samurai out walking his dog was cast in honour of his death. 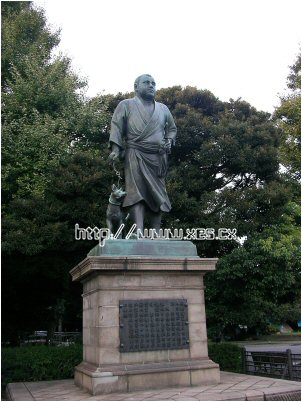 The park has a pond which Bentendo Shrine was built in the middle of it. The entire pond is filled with lotus plants and ducks.

However, despite its colorful historical background, this park stinks of cat poo!! I wouldn’t recommend it to anyone unless they want to experience Tokyo Park at its worst. 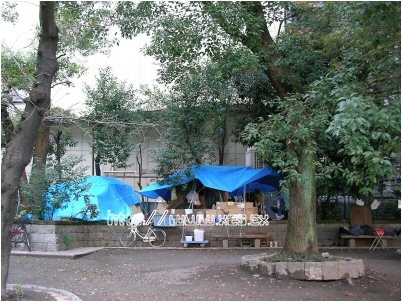 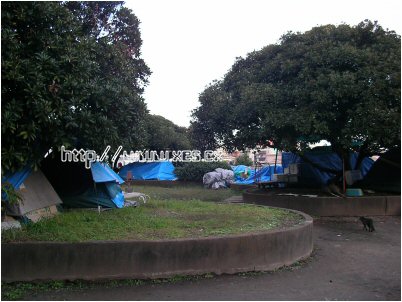 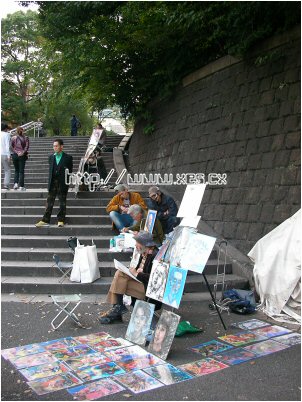 I’ve always wondered how on earth these people became homeless. How their life was before they became homeless. We pitied them. We laugh at them but yet I somehow find that the life of a homeless man is great.

Everyday we worry about everything, whether our salary would cover this month’s expenses, whether the people above me will squash me like an ant and so on. Some of us dream that we will have enough resources to live comfortably till the end of our lives and hope that our children would not dump us at the cheapest old folk’s home with 30 or so unfortunate souls like us.

But for a homeless man in Japan, they don’t need to worry about food. They can get them easily by waiting at the nearest convenient store for them to throw their leftover food. They do not need to worry about the ever rising prices of accommodation in Japan. All they need is a few boxes and a corner to sleep. They’re probably laughing at us fools running the rat race.

But I’m not sure about sex though.