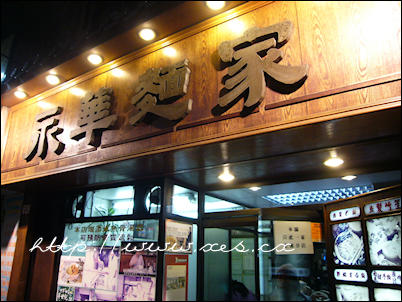 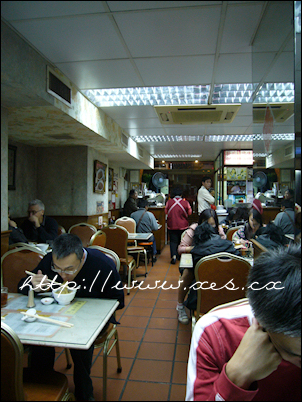 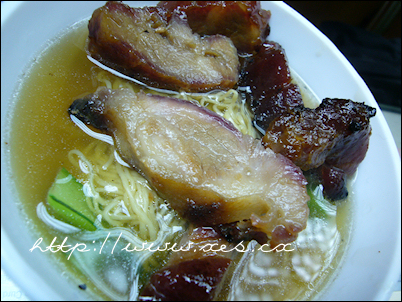 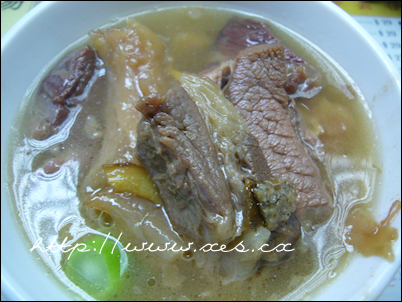 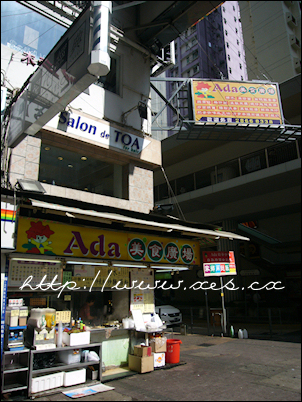 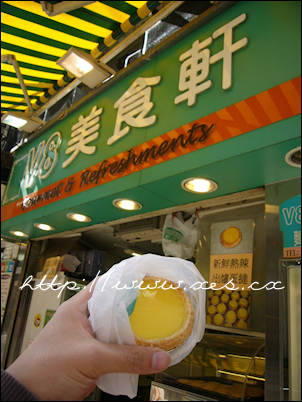 In each APAA event, the event organisers would set out a few excursions for participants to attend. Macau was one of the excursions but unfortunately, it was fully booked and they gave me my second choice, the Peak and Stanley Market tour. I had no idea where these places are as I didn’t bother to do research.

We were sheeped to Stanley Market through buses. The drive was pretty scenic as it was along a hill with a view of the sea. 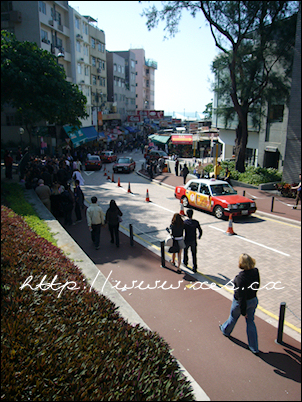 However, Stanley Market was boring. It had nothing interesting to offer. The stuff was almost like those we have in KL except that it is in Hong Kong dollars. I had drinks at Starbucks with a Japanese friend whom I met there. 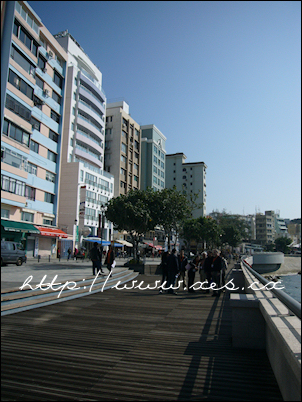 Notwithstanding the boring market, the view around Stanley Market was fantastic.

There were couple of mini temples and also a well known museum. Also, there is a bar with bank notes from all over the world stuck on the walls and ceiling on the place. The bar is called Smugglers Inn Pub. 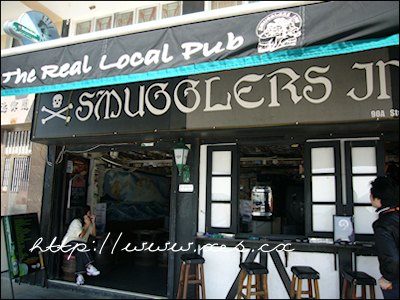 After Stanley Market, we were dropped at a tram stop to bring us to the Victoria Peak which has a fantastic view of Hong Kong city and its harbours. 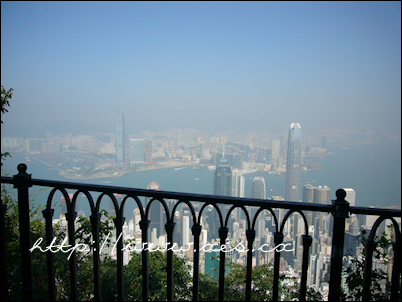 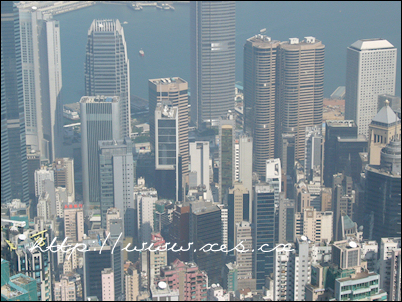 We also took a 45 minutes stroll one of the pathways. Initially we thought it was only 10 to 15 minutes walk but by the time we found out that it takes 45 minutes, we were halfway through the pathway.

After the walk was completed, we were treated with a nice Indian buffet lunch. The trip back was a treat for us as well as we get to enjoy scenic view of the habour.

Hutong is a high end restaurant which has an excellent view of the Hong Kong Harbour. In fact, Hutong earned its first Michelin star in the Michelin Guide for Hong Kong and Macau. 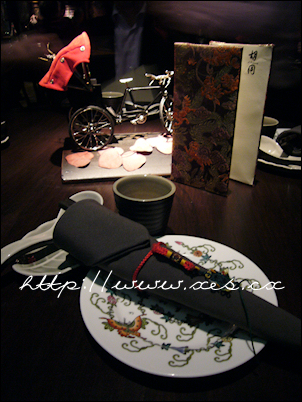 Price is extremely steep. When we were there, we were told that there is a minimum charge of HKD1000 for a seat by the window. 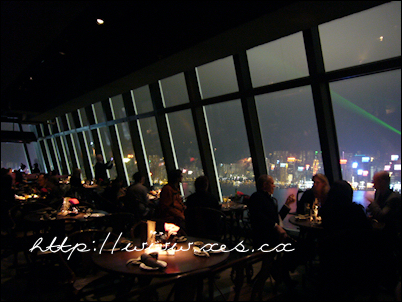 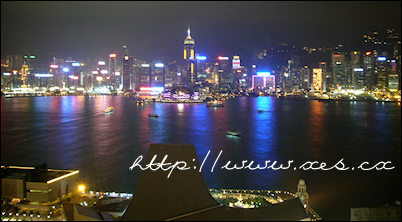 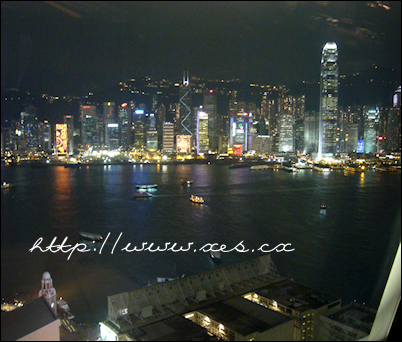 The lamb rib came on top of a block of wood. Very yummy, comes with a crispy skin. 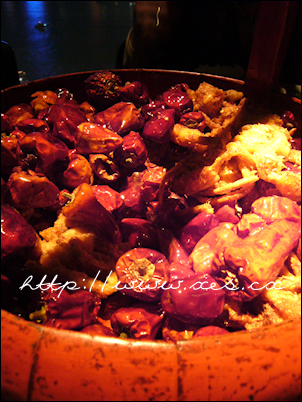 Spicy Sze Chuan crab came in a basket full of Sze Chuan chilli with soft shell crab hidden amongst the sea of chilli. We had to dig through the chilli to find the soft shell crabs. It was so spicy that I had tears whenever I finish a piece.

3 dishes weren’t enough to fulfill the HKD1000 quota hence we ordered dessert. I ordered a mango pudding which came in the shape of a koi fish. It tasted really good!

This is a good place to bring your clients or to impress someone. Spaces are limited hence make sure you make a booking before going there.

My trip to Hong Kong for the Asian Patents Attorney Association Council Meeting (“APAA”) was fruitful but very tiring. It was held in the Hong Kong Convention and Exhibition Centre at Wan Chai. 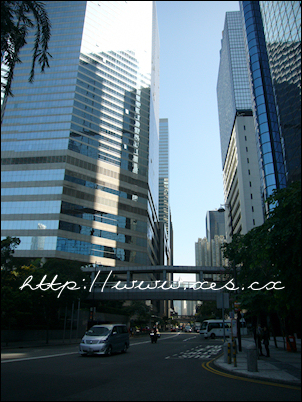 The road I take to get to the Convention centre everyday. Just 5 minutes walk from my hotel.

A typical day for me would start at 9am and would last till 12am. There were times I slept at 2am to do work and wake up at 8 – 9am for meeting. On my last day, I slept at 4am and woke few hours later for a 11am meeting. I was zombified. 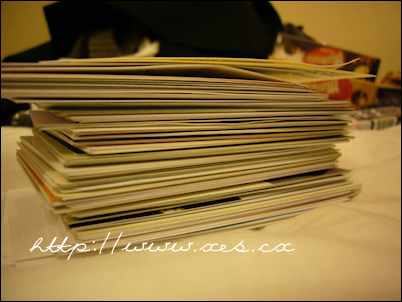 Loot for this year. The amount of name cards obtained. 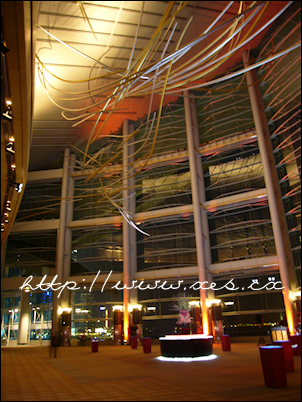 However, our schedule was not as hectic as one Japanese firm. They had 13 meetings in a day starting from 9am until 530pm! Thereafter, they went for night receptions until wee hours in the morning!

I stayed in a hotel called Harbourview. It was the most affordable hotel in the list of participating conference hotels. 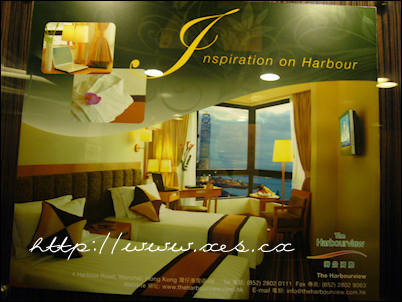 Although named Harbourview, my room doesn’t have any view of the harbour. All I had was an office building and a strip of light. 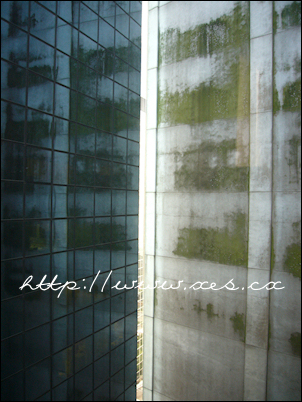 Further, on my first night, I woke up in the middle of the night to find the TV turned on by itself -_- Thank god nothing spooky happened after that.

The conference ended with a Gala dinner at the Hong Kong Exhibition and Convention Centre. After the dinner, we adjourned to Lam Kwai Fong for drinks. I was there until 330am and woke up for a 11am meeting few hours later. uuhh..

We had some time for ourselves on our last day. However, I don’t have any friends in Hong Kong thus I didn’t have a place to go. I decided to follow my colleague to Wong Tai Sin Temple, a Taoist temple established in 1921 and also one of the most famous temples in Hong Kong. Those who know me well, I am not very eeer.. religious. In fact, I am agnostic.

We dropped by Wong Kok after the temple visit. However, we got lost and ended up at one street selling renovation materials and also offering renovation services. It was extremely boring. We passed by some markets as well. We didnt get to see the well known Lui Yan Kai and Poh Hai Kai. 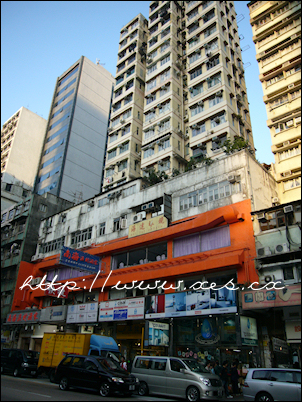 In regards to food, I didn’t get to try most of the local stuff. I spent most of my time eating hotel food. I didn’t have the chance to explore many places for good Hong Kong food. Hotel food is really expensive. Grand Hyatt Hotel was serving Hainanese chicken rice for HKD200 (around RM100!). Nevertheless, I did get to try a few nice things which I will blog later.

Chocolates that I bought from Hong Kong! Gave 99% of them away.

I will be attending another Intellectual Property conference in Hong Kong from 17 November – 23 November 2009. Just like last year’s conference in Singapore, this will be a meeting after meeting and reception after reception event. Basically, this event is to strengthen our ties with our foreign counterparts (i.e. other IP practitioners in Asia) and also to make new contacts. The stronger the contact is, the more work we can get. Of course, to me, its not all about business. Through this kind of networking event, I have found some good friends. My mindset in attending such events is to make new friends and not find new business. 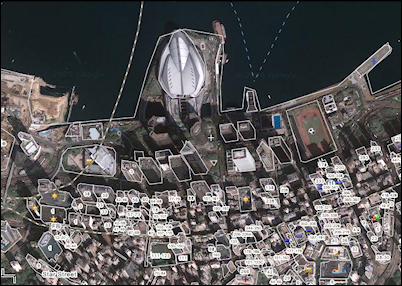 I will be staying around Hong Kong Convention and Exhibition Centre located at Wanchai. Any good food around that place??