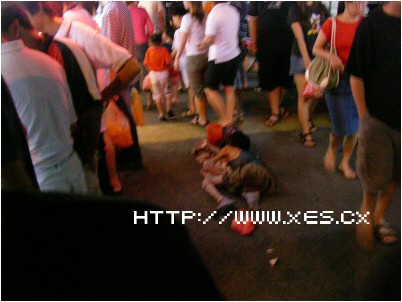 mmmm…why is this man lying on the middle of the road? 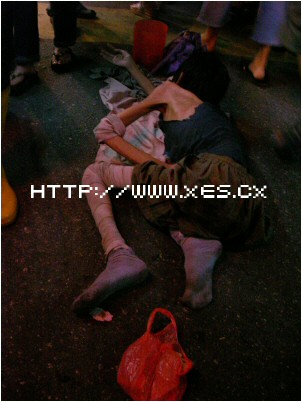 Oh, it’s one of the many beggars around KL night markets.

Rumours had it that beggars around Kuala Lumpur are maintained by syndicates. They provide beggers with the necessary transport to beg and then collect a fee/commission/etc from them.

Beggars use many tactics to gain more sympathies from people. Some bring small children with them, some had open wounds dispayed and some write their sob stories on huge piece of paper for people to read.

Running a syndicate like this is no doubt unethnical. However, wouldn’t it be justified that beggars DO need these services to ease their life? Oh well.

When I was young, I read from a book that the Chinese Emperors had 3000 concubines in his palace.

“What a lucky bastard! I thought to myself. Ever since then, I prayed that I would be born a blue blood next life so that I can keep chics like:-
THIS 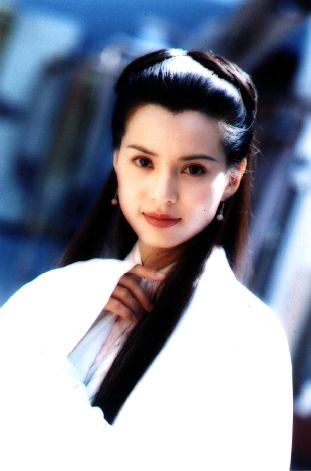 END_OF_DOCUMENT_TOKEN_TO_BE_REPLACED

Ladies and Gentlemen, please put your hands together for Andy Lau’s sister!!! 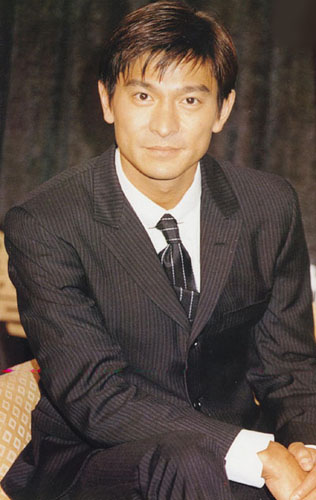 I found this pic from a china forum. While her brother Andy is a superstar in Hong Kong, Andy’s sister is a AV star in Japan…hehehehehe.

Event to look forward this week
If you guys like techno, hard trance and acid trance, head down to Code Red this Saturday!

Man, I hate my friends, namely those who devised the evil scheme to knock me out last night. I got to start saving money now to finance my revenge on them next year!!

Last night, they got me drunk. I was a zombified puking machine and a walking garbage truck. I don t remember how much I drank, but I think the mixture of beers, half a cocktail and 2 flaming Lamborghinis killed me. Big Ben had his revenge. BAH!!!

I was almost unconscious by the end of the night. I remember someone tried to take off my shirt, if I were a little bit sober I would have punched him in the face. Hehe.

After that, we headed to this Chinese joint by the name Bow Wow caf鮠There we were joined by Gerald, Joyce and Big Ben. Drinks were at an exorbitant price. A can of shandy cost RM10.90! I should have stayed there longer as drinks were expensive and hence the evil people wouldn t be able to buy me too many drinks.

But noooooo, they wanted to go Cristo s. I should have headed straight home than followed them there. It started innocently with beer. Then some random dude came to my table and started drinking with me. After that, I was drowned with alcohol.

But oh well, thank you to those who were there at Cristo s last night. I bet you guys had fun making me drunk. Hehe

i haven’t gotten used to it yet. let’s see what the lainey can do here.

so here i am just about to bitch about some things. keep in mind that it is all directed to nobody in particular. just some random thoughts 😀

#1: i get really irritated whenever i ask a question, wanting to clarify something important & get STUPID replies. here’s a scenario:-

me: so tonight we meet at 9pm? that means i’ll come pick you up at about 8:30pm, right?
person: DUHHHHHHHHHHHH!

if i was really stupid, i wouldn’t be asking you only to get that sorta reply, okay? so just quit the whole bloody american ‘duh‘ thing because it pisses me off :oP

#2: here’s another scenario of ‘stupid replies’:-

me: you know what? i just found out that [let’s say for example] the world is SQUARE! *excited*
person: NOW only you know?!!?

yes, now only i know. it’s RUDE to exclaim in such manner. i think it’s rude anyway. other replies i hate = “so?” “too bad lah!”. or any other haughty replies, for that matter. urgghh…if i needed an autistic answer, i wouldn’t be asking a perfectly normal human being, thanks ar.

#3: as much as i’m a girl & as much as girls tend to do this, i still don’t like it when one says something yet obviously mean another. here’s a scenario:-

me: what’s wrong?
person: nothing.
me: are you sure?
person: yeap. everything’s fine! perfectly fine.
me: why do you sound like that?
person: like what?
me: *groans* like THAT [just SO tempted to POINT here].
person: nothing what. i’m fine!

look, if i know something’s wrong, then it’s obvious that i know you WELL ENOUGH to know. so don’t play lil games by saying ‘nothing‘ when there’s actually ‘something‘. be it serious or not. plus, the negative tone of voice doesn’t help either now, does it?

ignorance isn’t bliss.
sarcasm is the lowest form of wit.

either know how to use it properly or don’t at all o.O 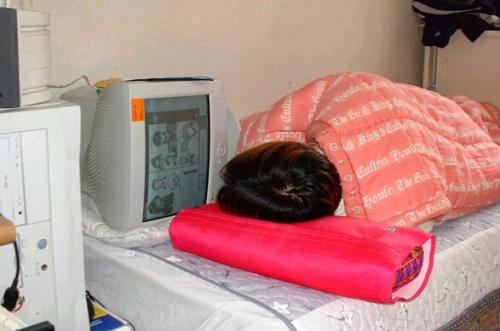 I manage to install Movabletype (blogging script) and converted all my old Greymatter files into MT. Website is still under construction.

Old guestbloggers please msg me for your new password.

In the meanwhile, I guess I’ll entertain everyone with this picture.

QUIZ: Can anyone tell me whats wrong with this picture? 😀