Wake up
Go to work 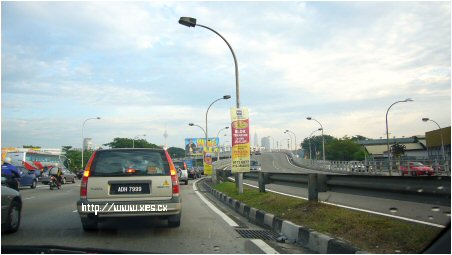 Stuck in a jam 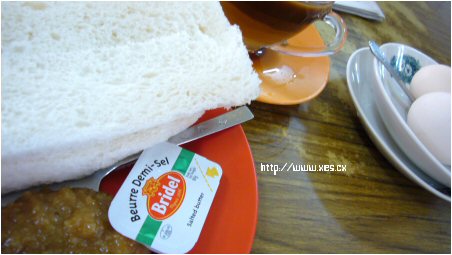 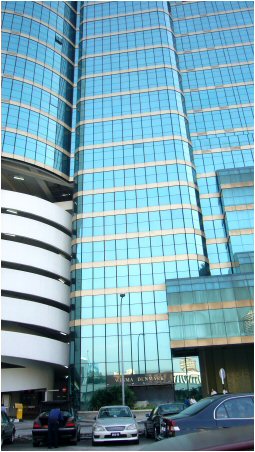 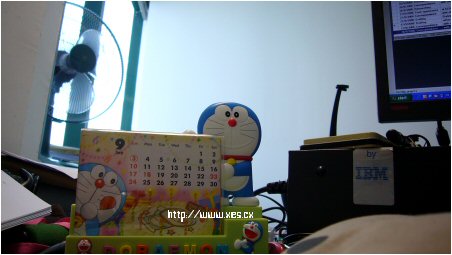 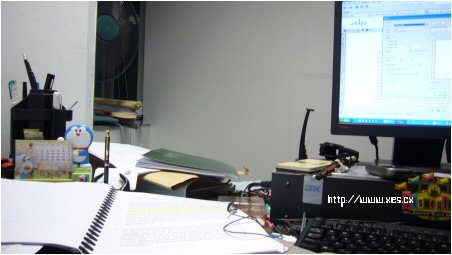 until the traffic clears up 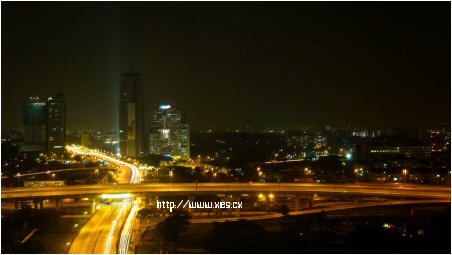 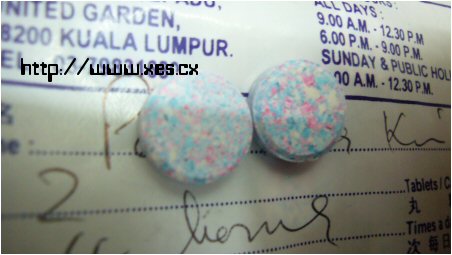 For advertisement purposes, models are often used to attract attention and sell products. 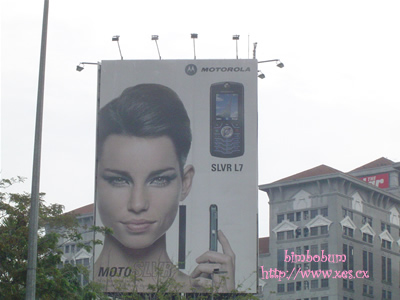 I really don’t think she’s hot. In fact, she scares me.

xes once highlighted an advertisement in the newspaper of a new housing area where ambassadresses will bring you around should you wish to have a tour of the place before putting a deposit on a unit.

END_OF_DOCUMENT_TOKEN_TO_BE_REPLACED

I remember once that i blogged about a mother asking her small boy to address me as uncle. I know that i am not getting any younger but yet i do not think i look old. Nevetheless one day i went to a Residence Meeting for my Taman, this makcik was chatting with me. While we were doing that one aunty, probably in her early 40s came and sat behind me…
makcik: ooooh..hello
The makcik said to that Aunty.
makcik: Frank, is that your wife?
me: huh? who?
makcik pointed to the aunty. I was so shy la. The aunty definately CAN’T be my wife!!! I wanted to say “NO, SHE IS OLD” but i don’t know that aunty’s son to come over my house and smash my car windows. There was a good 5 seconds so awkward silence yet the makcik were still looking at us.
me: hahahhaha (fake awkward laughter) No la, Makcik. I not marry yet.
Then, the makcik take a good look at the aunty and whisper to me…
makcik: Oh dear, must be my glasses.

First of all, I must thank the person who came up with the concept of fasting. Now thanks to the fasting month, the traffic back home is SMOOOOOOTTTHHHH. This is because our Muslim friends get to leave early. My Muslim colleagues leave at 5PM.

Think about it, more than half of the Malaysian population are Muslims. After 5PM, half of Malaysia is not working!

I work in the heart of Kuala Lumpur, where traffic jams usually start at 730AM in the morning. Every morning I try to wake up at 6AM so that I could beat the jam. But most of the time, I would still end up stuck in a jam as I rolled on the bed for too long. O_O

Other than bottlenecks, I think one of the main causes of traffic jam is the traffic police. Sometimes I wonder do they really know what are they doing?? They sometime would let one particular route to flow and stop other routes causing a massive backlog.

When ever this happens, I would wind up my window, turn on the radio and scream, “CHAU CHEE BYE!!!! PUUHHH KI MAAAAKK!! YOU KNOW WHAT THE F*** YOU’RE DOING”. This happens especially when the traffic light has turned green and yet the police refuse to let us move.

Sometimes I get so mad that I feel like disobeying the traffic police’s order. Of course, I wouldn’t do this until I do a research on whether I could use this argument.

After a brief research, it seems that I could not disobey the police’s order. This is because under Section 79(1) of the Road Transport Act 1987 (“RTA”) where it states that where a police officer ….., is for the time being engaged in regulating traffic on a road, notwithstanding that any traffic sign has been lawfully placed on or near that road, any person driving … who fails or neglects to stop the vehicle …, shall be guilty of an offence and shall on conviction be liable to a fine not exceeding five hundred ringgit (RM500).

Looks like the only alternative I have now is to scream profanities in the car. Cheebye!!

Dear bimbobum,
I am surrounded by friends who are still friends with their ex-es, some are still good friends that they even visit their exes family and say hi! I find that intimidating, yet impressive. I mean, why can’t I have that same kind of friendship?
Instead, I have the most annoying ex-boyfriend ever – he is SO annoying, like, f*cking irritant. I try to stay friends, or even WANT to stay friends with him, but it is just difficult. He tries to make small talk with me on instant messenger, but somehow, he will rub me the wrong way. The small talk of 4 sentences (Hi, How are you? How’s work? Been busy lately?) will eventually lead to:

“Dating anyone? Seeing anyone?”
I think that he’s not entitled to ask me this question, for the fact that we’re NOT good friends and why does he bloody care? We’ve broken up ages ago! Do you think he is entitled to ask me such a question? I think he’s just being smirk about it, trying to keep tabs on me as if I’m unable to live without him. Yup, he’s MOVED ON with a dozen girlfriends after me, so I think by asking me that question, he wants to show off or something.
He asks me this f*cking question as frequent as every month. I hate it!
I want to delete him off my telephone list, IM, friendster and hi5 account, and his email address. Do you think that’s alright? I don’t want to be friends with him. I think I am entitled to choose whether or not I can be friends with him (which I can’t), whether or not I want to (which I don’t).
But I just feel bad that my friends are able to get on happily with their exes, that they and their exes and currents actually hang out together.
annoyed to the max,
i-want-to-use-pesticide-on-my-ex.

______________________
Dear i-want-to-use-pesticide-on-my-ex,
Firstly, not everyone can be friends with their exes. Take me, for example. We did try, but because it felt rather awkward, we lost contact with each other – but we don’t hate each other. Other exes which I don’t want to be friends with, are kept at arm’s length – because I don’t like him/them for who he is/they are.
Secondly, your ex may need some new friends. Maybe we can introduce our irritating exes so they can set up a club or something? They’ll probably ask each other at their club meetings’, “Hey, what do you think? Do you think my ex is seeing someone else? Someone better or worse off than I?”
But then again, they may start bitching about us, so that’s not a very good idea.
Thirdly, I’d say do whatever you feel comfortable with. You want to absolve all contacts with him, you don’t want to be friends with him, that’s cool. You need to be happy and free from irritants, right? So, stop being bothered about your friends who have their exes on one side and their currents on the other. Tell them that you’re not like them and they should respect your decision. Either that, tell them to go and hang out with your ex instead, if they like him that much.
not-all-exes-are-friends,
bimbobum.

Every year I try to avoid celebrating my birthday so that I don’t get bombed by alcohol. Fortunately, this year, some good friends remember my birthday and they gathered people.
We started off with dinner at my brother in law’s place at Cowboy Station, Kelana Jaya.

END_OF_DOCUMENT_TOKEN_TO_BE_REPLACED

I’ve always wondered why we have to pay 20 sen per entry to use the toilet in some public places and to have to endure the stench, broken flush, broken locks, wet floors, grafitti, poorly lit, no soap, no water, no toilet paper, etc. 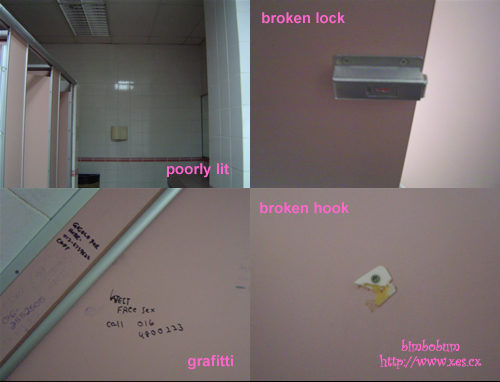 [Can you guess where this is? You will get an autographed brief from frank_omatic for getting it right!]
I can’t stand cubicles with no places to put your shopping bags or bags. Why should I leave them on the wet floor? Yuck.
So what exactly is the collection of 20sen per entry for? Sometimes I feel bad for the cleaners to have to do the dirty job. Some users are just not civic-minded.
Anyway, what is more gross than a picture of shit? You should be glad I won’t do this to you ever. (Thanks, endroo G, I’m glad I wasn’t eating when I was reading your blog!)

Lately I notice that the latest pose on blogs and friendster is the ‘pouting’ pose. The girls do it, even the guys do it. Some are quite cute, I must admit.

These lips are taken from some blogs that I frequent. From left to right, can you tell me whether these lips belong to a male or a female 😀 First person who gets it correct will win an autographed paperbag from bimbobum.
Then lately, while surfing Cute Overload, I saw this picture.. 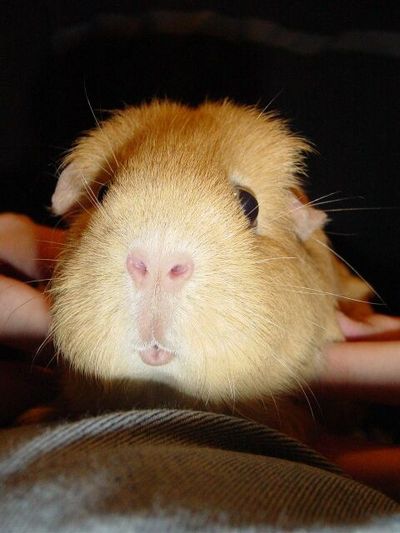 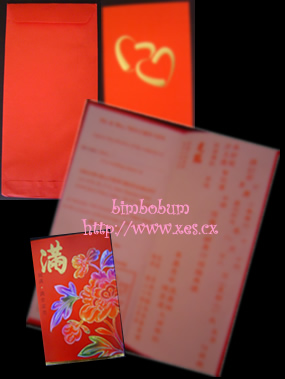 I recently learnt that the term “getting summoned” for weddings referred to the need for guests to graciously attend and extend red packets (ang pow) with money inside as a symbol of good luck for the new marriage of the couple.
One thing that I have been unsure about is this:

How much do you give?

For the minimum (or maximum, depends how you look at it), the money depends on where the lunch or dinner is held. If it’s at a hotel, rough estimation of the cost per head per table may come up to about RM50-100. If it’s only at a restaurant, the same estimation is made, and may “cost” you that much, too – provided shark fin’s soup is served.
It gets tricky, however, if you are attending it alone, or with your partner. I’ve been told that if you are going on your own, RM70 is adequate. As a couple, it’s RM150.
This is the ongoing “rate” in Klang Valley. Should the wedding be held outside Klang Valley, it is lower.
Should you wish you to give a bit more, it’s at your discretion.
Can someone actually verify the minimum rate, please? I just got summoned out of Klang Valley…

As you all know, Club Med Cherating is located in the North East of Malaysia in the State of Terengganu, about 5 hours away from Kuala Lumpur. As stated earlier, Cherating is well known for their beaches.
Other than the beach, Club Med is surrounded by a lush forest. It made the place tranquil and serene. However, staying next to a forest does have its drawbacks. The animals!

This monkey was about to attack me