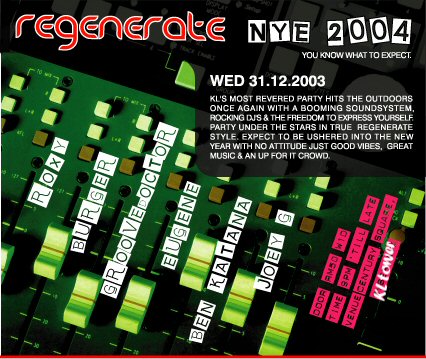 Not many countries in the world issue stamps based on comic characters.
Japan has been issuing various comic character based stamps. They are too kawai!!!! 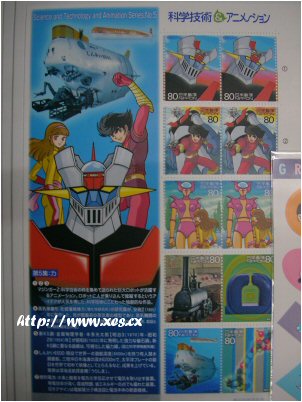 Last week, before the tragic event that befall us, there was a serious motor vehicle accident in Cameron Highland, one of the popular tourist spots in Malaysia.

A bus over turned and crashed into a ravine. Few passengers were killed. Surprisingly, there were many foreign tourists in the bus. There goes Malaysia’s reputation.

So anyway, here’s a picture of the scene of the accident courtesy of The Star newspaper. 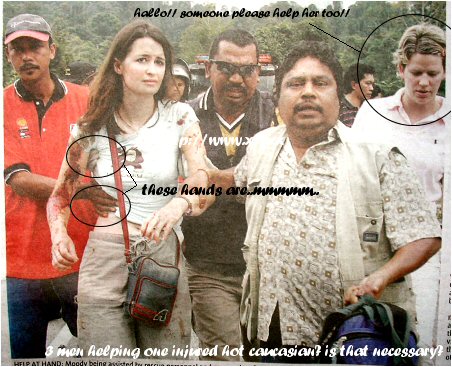 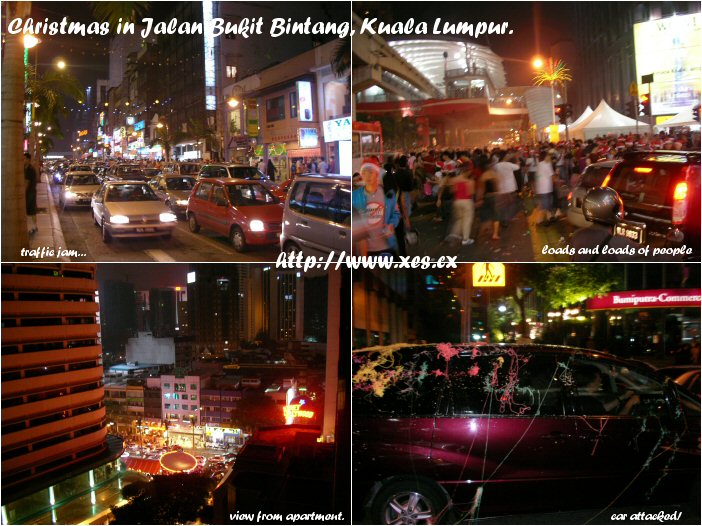 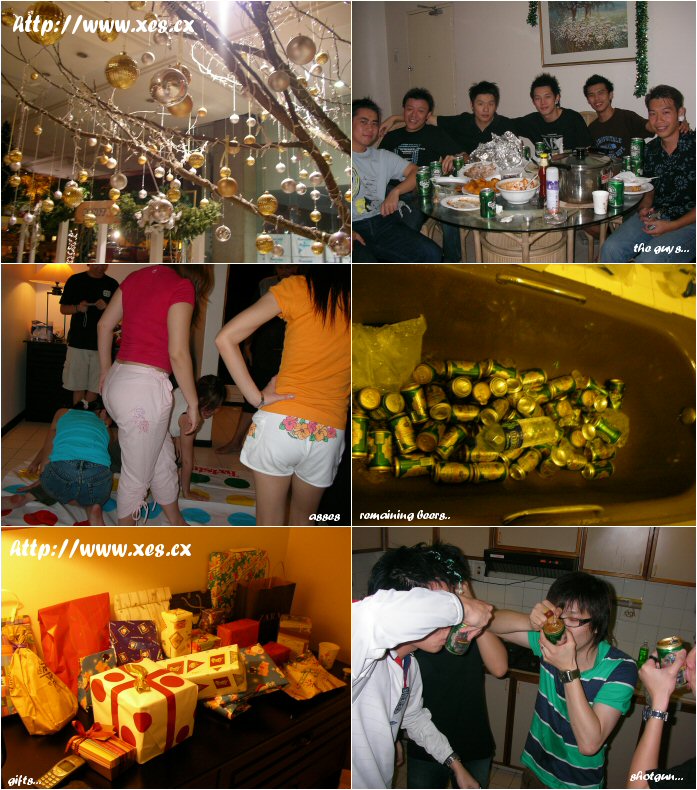 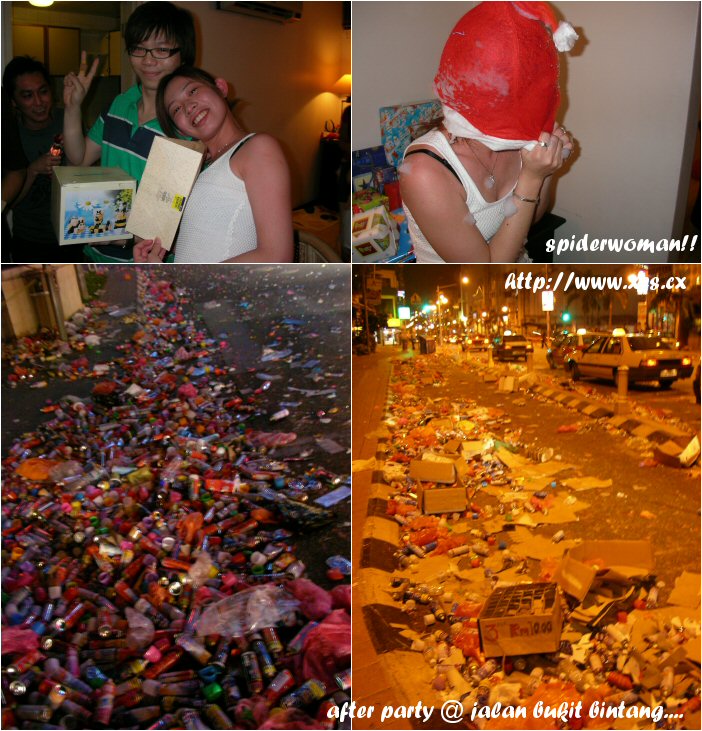 Thousands of people have been killed across southern Asia in massive sea surges triggered by the strongest quake in the world for 40 years.

The 8.9 magnitude quake struck under the sea near Aceh in north Indonesia, generating a wall of water that sped across thousands of kilometres of sea.

Casualty figures are rising throughout the region including in Thai tourist resorts, packed with holidaymakers. 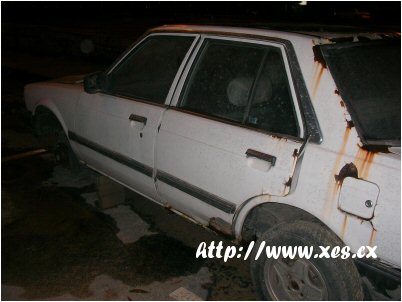 An abandoned car in a popular night spot in Kuala Lumpur. The wheels are stolen and the metal is rusting away. Certainly one of Malaysia’s car of the year nominees.
There’s another picture of a run down car who got nominated for Malaysia’s Car of the Year. It was from autoworld.com.my website. I cant find it though. Anyone has it? 😀

CLP convo was held in PWTC, Merdeka Hall on 16-12-2004. The ceremony was so boring that there was almost nothing to write home about. Hence i am just going to give you a brief chronical of the whole event:-
10am – 12pm: CLP graduates register at the registration counter and collect their rob.
1pm – 2pm: The graduates were briefed on the manner and conduct when they recieve the scroll from the Sultan. The organiser made us wait for so long that, many of us became bored and started to take photo of each other.

SLB’s Chambeez and me (on the far right)
2pm – 3pm: The graduates lined outside the hall. The damn organiser made us waited out there, STANDING for almost an hour.
3pm – 4pm: The organiser let us entered the hall. Another 30 mins waiting for the Sultan and VIPs to arrive. There was a group of annoying photographers taking photos inside the hall.

The offical photographer of the ceremony
I took a few photos inside the hall too despite the “no photo” rule.

The Guests of Honour 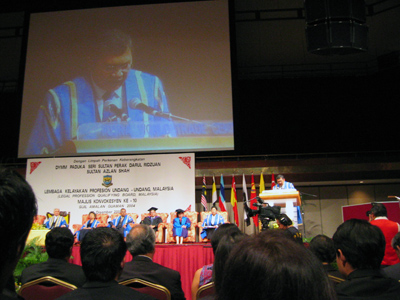 The Attorney General giving his speech 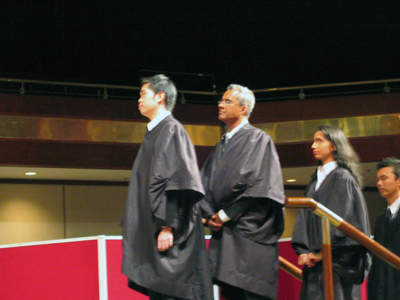 me, waiting for my turn

that’s me and the Sultan
4pm – 5pm: We were told to stay back to have a group photo taken with the Sultan. 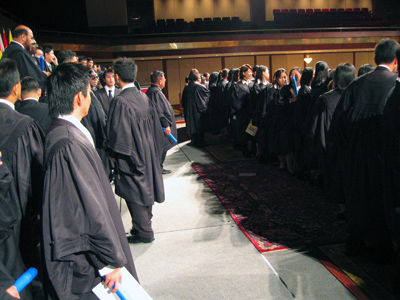 ARRGH…another hour of waiting.
In conclusion apart from being able to receive the scroll from the Sultan, this convo sucks big time cos the scroll they gave me was actually an useless paper that say “Ini bukan Sijil Amalan Guaman” (This is not The Certificate of Legal Practice). WTF!

Another recent fixture in Kuala Lumpur would be the mini karaoke booth. Priced @ RM1 per song, it could be split between 2 people, hence 50 cents per song! According to a friend, these karaoke booths originated from Thailand.
The booth is made to fit only 2 people. Any amount more 2 might result in the booth exploding as the booth is made of wood. Of course, since it is made of wood, one may hear frogs croaking or dog howling from the wooden booth. 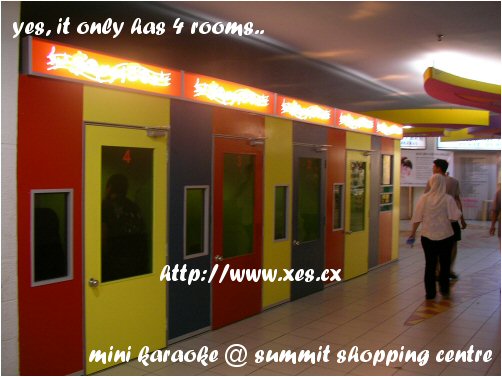 Feet Detox is the most recent talk of the town. Such detox shops are springing everywhere from popular shopping centres to lousy shopping centres.
From the feet detox, one can remove toxin from their body just by placing their feet on a bowl specially mould to fit your feet. Then the bowl will be filled with a clear liquid. Few seconds later, the bowl will turn into a feet Jacuzzi and minutes later, the water will start to change colour! Apparently, the water changes according to the level of toxin on your body!

Of course, I couldn’t authenticate how genuine this detox is. I have not tried it myself. I somehow suspect that it is some sort of chemical based water that reacts to some sort of crap in the mini Jacuzzi. A placebo maybe..

The Hydra Detox treatment is a very simple and effortless way to detox your body. It simply involves immersing your feet into a foot bowl filled with water. The Hydra Detox machine looks like a foot spa. It contains a double element that reacts with water and salt to ionise the water within the foot spa. When the machine is activated it generates a magnetic bio-field similar to that of a living being. When we come into contact with this via our hands or feet the magnetic field within the foot spa interacts with our own magnetic field to rebalance and re-energise our system.
Following an initial consultation and assessment, you immerse your hands or feet, as advised by your detox practitioner, in the spa for 30 minutes. One treatment will be enough to impart a sense of relaxation and well-being and your body will, if properly hydrated, begin to detox. A course of treatments will be necessary in most cases if you want you body to re-balance itself to the best health it can achieve.
This type of machine is described as a detox machine because the response of a rebalanced body is to excrete any excess toxins via the kidneys, liver, bowels and skin AFTER treatment. Therefore the client will experience the beneficial effects of a detox experience.
Whilst immersing your feet in the water a gentle Bio-Energetic Resonance travels through the body rebalancing it and providing a catalyst for self-detoxification. The body now starts to release the toxins through the pores in the feet.
The Hydra Detox System is completely safe to use. It is however, not recommended for pregnant ladies, anyone with a pacemaker or an organ transplant. 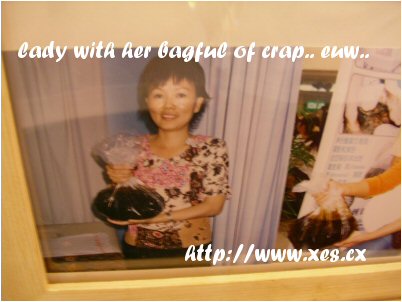