‘Orang Asli’ (aboriginal people) are know to be the earliest inhabitants of Malaysia. They consist of many tribes and many are nomadic. 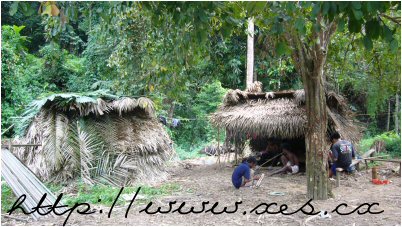 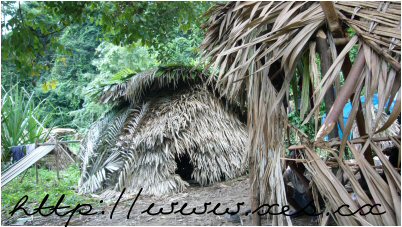 The village that we visited consist of few huts built next to the river bank. The huts are build using wood and leaves except for one hut that was actually a camping tent. O_o 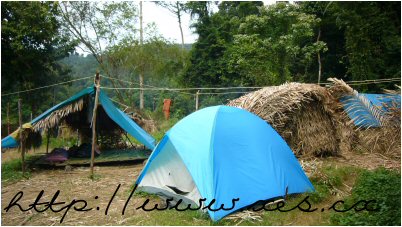 The wooden huts are about 8 – 9 feet high and do not have any rooms or doors. One family may occupy one hut. I really wonder where they go when they feel like making babies. 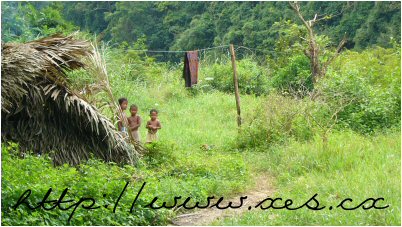 Further, toilet is no where to be seen.

The orang asli in this village has a strong resemblance with the aborigines of Australia. Both of them have curly hair, dark skin and big noses. I wonder if they are from the same ancestor.

The village chief and his sons gave us a presentation on how to make a fire using wood and bamboo. They rubbed a thin bamboo stick over a hollow wooden rod. However, the first attempt by village chief’s son no 1 failed as the bamboo stick snapped. 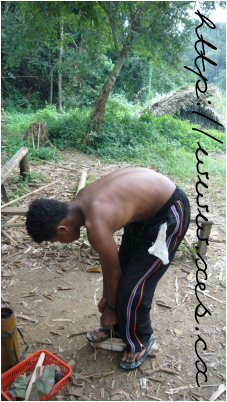 Then followed by another failed attempt by village chief’s son no 2. Half an hour later, still no fire. O__O

Only after the village chief intervened, we had the fire started. 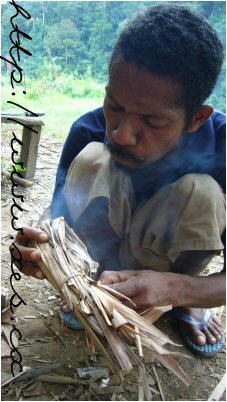 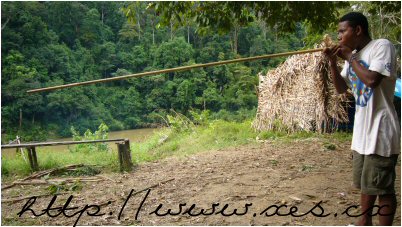 Then we got to play with the blow pipe. Our target was….a small teddy bear. O___o 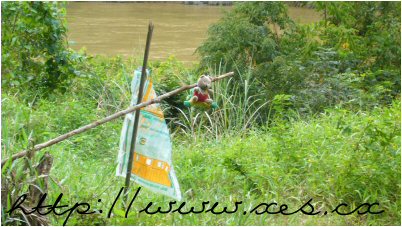 It was no easy task though. I couldn’t shoot the bugger!

We were then given a tour at one hut.
We: What do these people do everyday?
Nat: The men goes out hunting for food and the women stays home to cook or take care of the children. If they’re lucky, the men will get some animals. 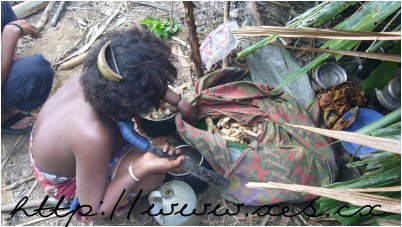 Nat then showed us a bag of wild yam that the woman had plucked. They were about to cook it for dinner.

Then on the side of the hut, I saw an empty can of sardines and a packet of Boh Tea. O___o so much for hunting..

Immediately after breakfast, we took a boat to the other side of the river for our 1st activity of the day. A canopy walk is a term to describe a man made suspended bridge in a forest.

Can you spot the bridge? 😛

END_OF_DOCUMENT_TOKEN_TO_BE_REPLACED

Jerantut is a tranquil little town in the state of Pahang. It serves as a gateway to Taman Negara. It is an old town. Pre-war buildings (around 1940s) are scattered around Jerantut town.

END_OF_DOCUMENT_TOKEN_TO_BE_REPLACED 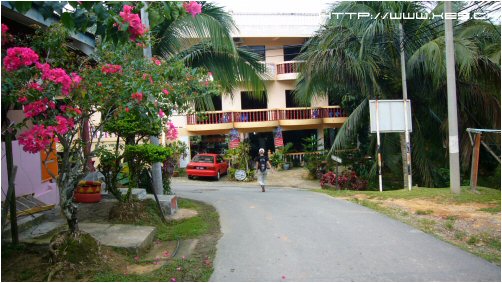 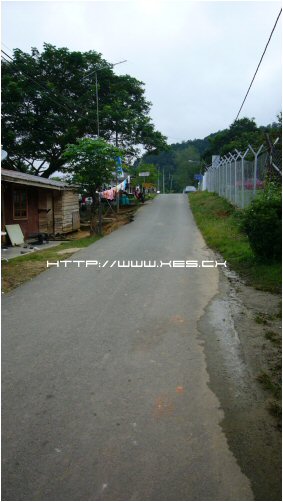 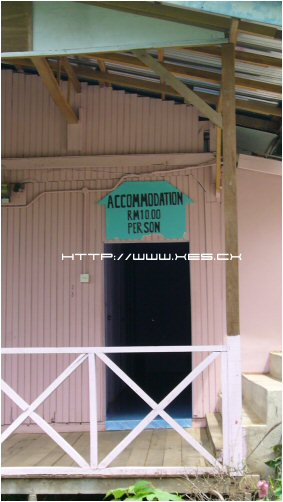 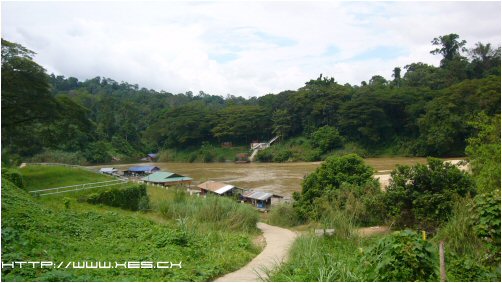 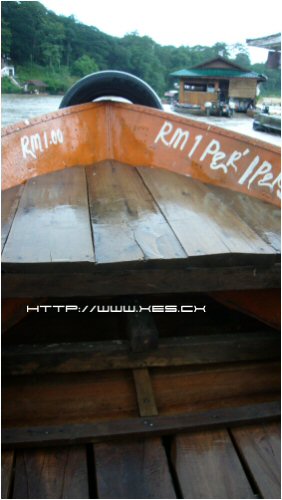 To get across to Taman Negara, one has to take a boat taxi. RM1 per trip, until 11PM everyday.

My boss said that 10 years ago, Kuala Tahan was just a base camp. Now it has developed into a tourist spot with basic amenities such as police station and school. Not forgetting the floating restaurants. 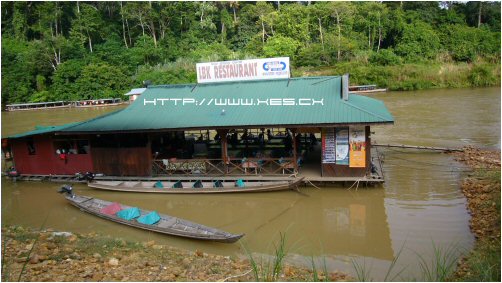 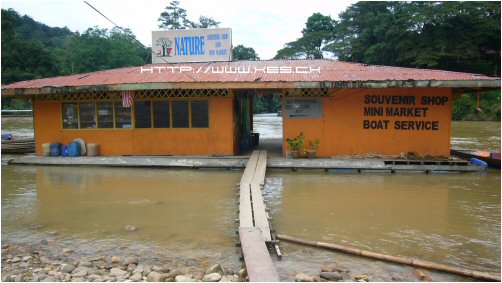 They even have floating souvenir shop! 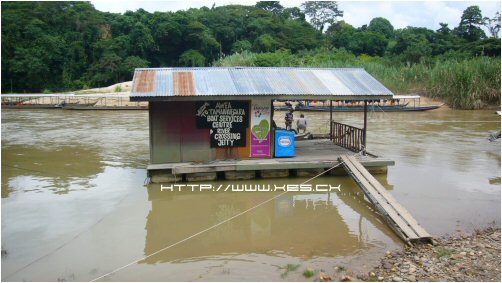 Back from Taman Negara!
Taman Negara is one of the national parks in Peninsula Malaysia. It encompasses 3 states, Pahang, Kelantan and Terengganu. It is well know for its ecotourism.
I procured the services of NKS HOTEL & TRAVEL SDN. BHD (Tel : 03 – 20720336 / website: http://www.taman-negara-nks.com/) to organise my trip to Taman Negara. The cost was around RM425 which is inclusive of accommodation, transport, food and also activities. It was a steal!
My trip to Taman Negara lasted for 3 days 2 nights. The journey to Taman Negara took quite some time. First, we had to take a 3 hours bus ride to Jerantut, followed with a short ride to Kuala Tembeling and lastly a 3 HOURS boat ride to Kuala Tahan.