Umm…err..nothing to blog.. I guess I’ll just post some interesting links for you guys. 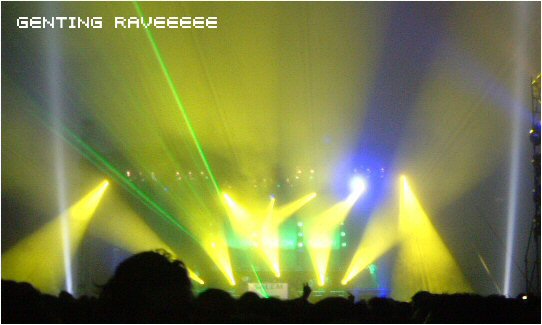 I finally bought the tickets for Genting rave. I took a long lunch break to the tickets. Bloody Excessive Records didn’t open till 3:30PM. I had to wait 1½ hours for Bryan Burger to open the shop. Thank god my boss didn’t screw me for coming back late.

Burger will be spinning this Saturday. He even gave me the schedule of DJs.

Me: I heard you can get tickets at Pro Jet..
Burger: What? Pro Jet? What have they got to do with this rave?

So there you are, I don’t think you can get tickets from any Pro Jet petrol station!!

Anyway. the schedule would be- subjected to raids, terrorist attack etc..

I’m back to work at my old office again. I’ll be helping out for 2 weeks before leaving for Sarawak on 7 August.

Day 1 was the best. Met up with a bunch of interesting people ranging from company secretary to a group of surgeons specializing in sports injuries.

Day 2 was tiring. I wandered around KL like a lost tourist, trying to find my way to the court in order to file some documents. I didn’t want to drive hence I opted for the monorial and LRT. God damn it, I should have drove, i sweated like a pig.

Tickets can be purchased at Excessive Records, HP towers, Zouk Club @ KL and any Pro Jet petrol station (according to GEEKTHEGREAT)

geekthegreat» y go so far la.. retard or somthing? u can get the tix from any projet petrol kiosk.

First and foremost, CONGRATULATIONS!!! to all those who have successfully graduated from the University of Sheffield with a Law Degree and Engineering Degree respectively while not forgetting those who have just completed their CLP recently. Well done to all of you!!! =D
*please give urselves a pat on your shoulders*

I have been having graduation nightmares for the past whole week, which ranges from forgetting to collect my robe to completely missed my very own graduation! It has been a terrible week for me due to these nightmares..However, not long after that, I received a call from my employment agency which demand that I turn up for a job the very next day in Rotherham (the tuesday before my graduation).

In the end, John (my so called landlord) volunteered to collect my robe for me and even attended my graduation o/b of my parents. =) We even had a celebration after that where he and Rosalind (his wife)took me to Sheikhs, a Lebanese restaurant on West Street.

All in all, I have had a very good week thanks to everyone. As I am typing this, I am currently in my office in Rotherham waiting to go home.. ehhehehee…

Congratulations again to everybody!

Paul’s birthday @ La Bodega
I don’t know how many people went but we had 3 long tables full of people. We took loads of photos. No cake cutting session though. Kim said Paul doesn’t like sweet stuff. 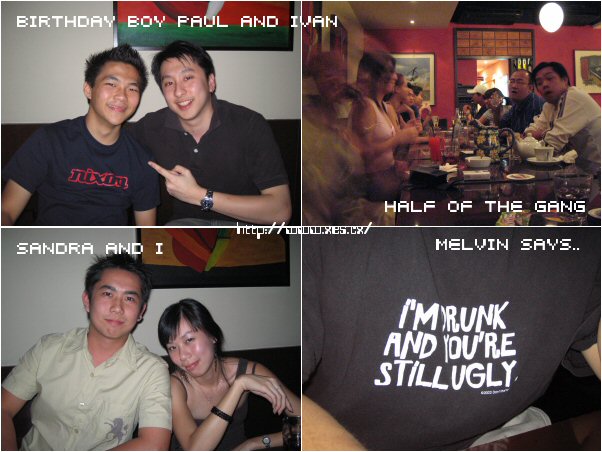 After that, I spent the entire night at my friend’s pub.

A mate of mine just opened a pub nearby my place. It’s pretty underground and very obscure (it’s located behind a row of shop houses). Furthermore, it’s the only shop that is open through the entire row of shops. My friends opened 2 bottles of whisky and numerous jugs of beer. And in no time, couple of them were fucked.

The pub is called “Wicked”. It reminds me of the phrase my English friends used when I was in England. Since the pub is located at a Chinese dominated area, with Ah Beng and Ah Lians all around, I think the name Wicked is… mmm…

They also hired couple of PR girls (girls who come to serve you beer and chats with you). We had a Kadazan girl who was pretty friendly.

Music was pretty alright, loads of old school R&B music. There was once we passed my Bass Agents’ Super Hard Mario Bros’s CD (hard stuff). The PR girls were fengtau-ing (shake head) to it. It was the first time I see somebody fengtau to Bass Agent’s music.

The exam is over now, finally. I felt relived but at the same time, lost. I am still trying to figure out what should I do next. My contract for my apartment is expiring in the middle of September….what I shall do. Shall I find a job first then find a new place or shall I find a place then find a job? What shall I do if I don’t get into the bloody quota? Shall be a legal clerk and in the meantime attend classes religiously, part time, during the weekend or shall I be doing something else and try again a year later?
P.S. If everything I wrote about does not make any sense…don’t bother reading them…i am writing this on a semi conscious mind. Yes, I am high on alcohol…in another word; I am quite fuck already…hehehhehe

Since Sui Lin’s website is done.. I’m posting this on her behalf. 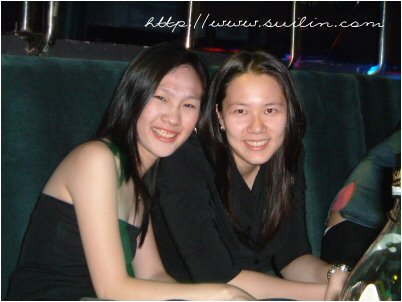 This day marks a great achievement for you,
but it’s only the beginning.
Just follow your heart and do your best,
and all the potential within you is sure to be realized and bring you happiness.

Congratulations On Your Graduation!

Tickets are available at Excessive Records, KL and HP Towers, Bukit Damansara.
Ok, one last story before I wrap up the final chapter of the chronicles from Br1ckf1eld’s college.

My friend, A told me a story about another weird classmate of ours. Some guy (Let’s call him K), probably at his late 20s, who re-sat CLP for 4 times and does loads of weird poses when studying (ie the marvelous left on back of his head and right hand on his waist visa versa).

One day, A went dinner with him and another friend. A and K ordered fried noodles. While eating..

He stood up, went to the restaurant’s kitchen and got himself a cup of ice. He then pours the ice on to his fried noodles and started eating…and yes..he finished the entire plate of noodles..even the cup of ice he poured on the noodles.. .

530AM: Woke up. I’m all set to go!
9AM – 12:15PM: Last paper. It went well. But once again, I had 45 minutes left after I finish my paper. It’s either I’m damn good or I just fucktup my paper. Results will be out in September.
2PM: Ate lunch with Joo Pern, Yyvone, Alex and David @ Segambut Seafood curry noodles. David, my former university mate from Sheffield is here on a 3 weeks holiday. Seafood Curry noodles was good. Huge bowl, loads of big prawns and mussels. The price? RM15..oOoOo my wallet was bleeding.
3PM – 7PM: Went climbing. Top 3 6As routes and failed numerous attempts on other 6A and 6B routes. Farkkk. Alex and David came over to see. They’ll be climbing this Sunday 😀

My classmates were at Bar F1am, Bangsar to celebrate Jon’s birthday and also the end of CLP. As I arrive, a classmate shoved a big bottle of whisky and ordered me to drink. i drank it yo..mmm whisky..long time no drink..

Chicks were abundant. Hot ones included. I mean like TOOO MANY CHICK.

However…I left after 10 minutes. I couldn’t take it. I feel so out!! My friends were grooving to Britney Spears, 50 cents and all. I was like, fark..this is pop music with bass mannn.. but but butttt… that’s what chicks groove to!!

I was staring at the faces of the people I’ve been seeing for the past 9 months. I hardy know them though. They were all hi bye friends. I guess that one of the reasons that I feel so out there. Damn, I should have mingled around rather than paying full attention in class. Oh well.

Contrary to popular belief, I dont own a store in Tim3s Square, Kuala Lumpur. 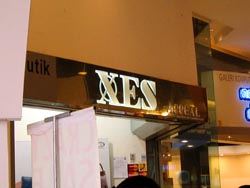