Here’s a picture of my neighbour’s collapsed house. 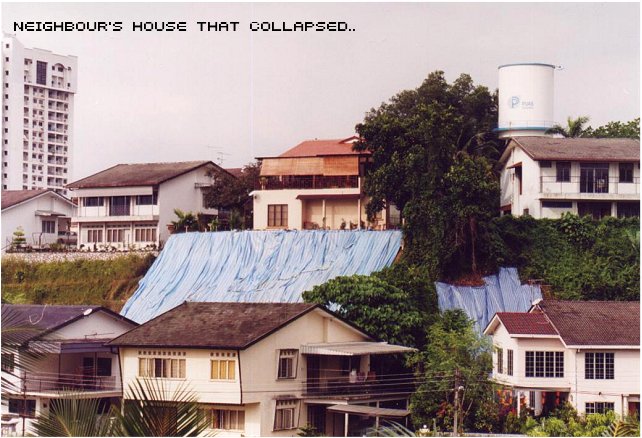 After a week break, classes resume back to normal today. Well, back to the boring classes today. Today’s class was from 2PM to 7PM. It bores us to death.

However, our lecturer, Mr Lion King (not his actual name but his name can be directly translated into Lion King :D) has the ability to spice up the lecture by telling jokes during interval. So today, he told us this incident that happened couple of days ago.

Girl: I would like to enrol in your college’s A-Levels distance learning program. Could you send me the notes and textbook to my place?

Lion King: Ok, but distance learning is tough. What did you get for your SPM (high school examination)?

Girl: That is not important. So when do I send in the cheque?

Lion King: Eum, do you mind telling me your SPM aggregate before we commence?

Girl: I got 39 (which is very, very high, almost at the total failure level).

Lion King: 39? Well, that would be hard for you to pass your distance-learning program.

Girl: So you think I’m STUPID?

Lion King: errr… No, I’m not calling you stupid but it would be harder for you to pass if you have this result. It’s a tough course.

Girl: I’ll send in my cheque tomorrow. You have no choice but to accept my cheque. I KNOW MY RIGHTS!!

The argument went on and eventually the girl slammed down the phone. Then the girl called back.

Girl: Hello, I called just now. I spoke to a rude man.

Unknown to her, she called Mr Lion King’s phone.

Happy Birthday to Soon Yean and Wai Keong! We shall celebrate it with a game of Futsal tonight!

Mission accomplished! Soon Yean and Wai Keong were fucked! We had 21 bottles of beer between 9 people. And fck man, we had supper (I’m supposed to refrain myself from supper due to mum’s order). We had fried clams, fried fish, roasted pigeons and fried cuttlefish. Man, now I’m a fat bastard.

Well, no one puked. But no doubt Wai Keong and Soon Yean were fucked. But mann, the thing that pisses me off is that they were still standing at the end of the night!!

Kickboxing was fun again. Loads of technical kick and punches.

Well Mum is trying to stop me from going kickboxing. She literally calls me a fat fuck now. This is because I’ve been gaining loads of weight ever since I got back from England (yeah especially the chin). She said kickboxing makes me eat more and makes my body go bigger. Well I don’t really eat much.

Sui Lin and I met up with a group of visitors from Perth couple of days ago. They were friends of Sui Lin?s friend (who she has never met!). The trio, Matin from Bangkok, Thailand, Kenneth, a Malaysia born Australia Chinese and Yumi from Nagoya, Japan!!!

Sui Lin brought them to H4rtmas Square for dinner. They ordered loads of food ranging from glass noodles, clams, stingray, sweet and sour fish and so on!

We then took them to Telawi Street Bistro. It was raining heavily and hence it was cooling. The atmosphere was really great. We had drinks, took photos and we left the place while it was still raining. 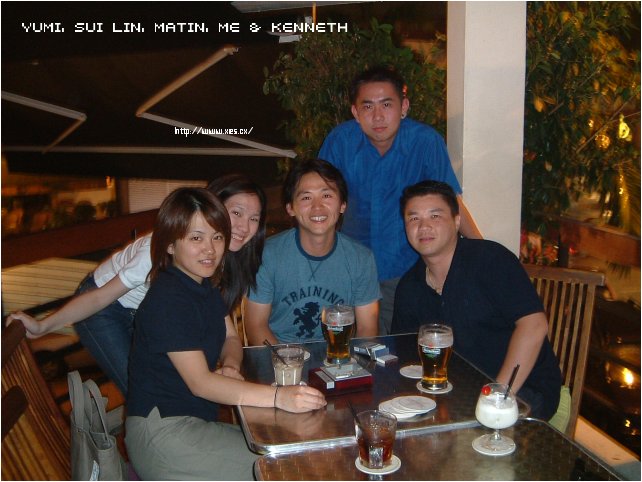 I drove Sui Lin’s car to drop the trio back to their hotel. I was complaining that her car accelerates too slow and it was not ‘man’ enough! Sui Lin doesnt seem happy about it 😀 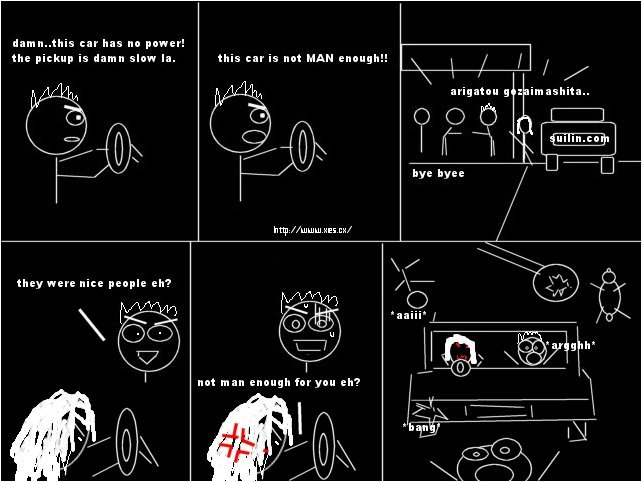 Don’t you just hate it when people clear their throats in the pubic? Ops I mean public. 😀 Yesterday while I was driving, this fucker spitted in front of my car. EUW. Then couple of days ago, while having dinner, this old apek (Chinese man) cleared his throat while I was about to eat my food. Man, there goes my appetite. 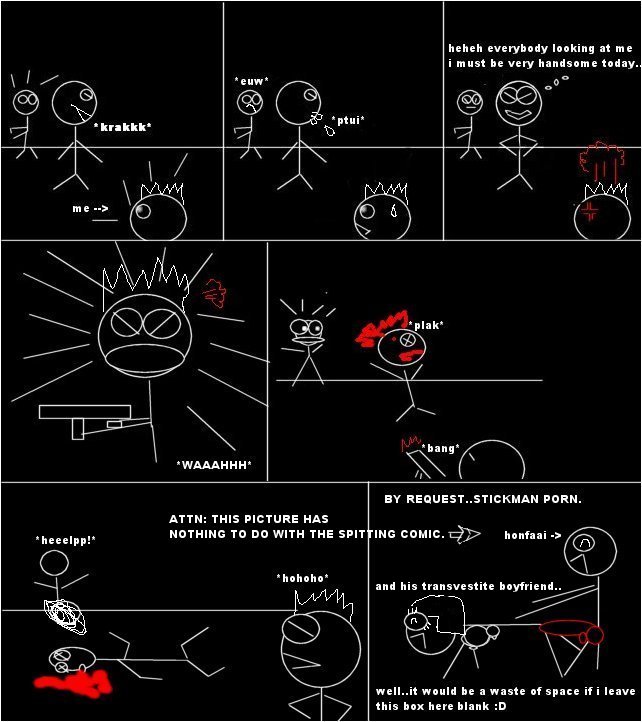 To all my Muslim visitors, Selamat Hari Raya Aidilfitri!

Sorry no updates for today, feeling tired..had a long day…

Mission accomplished! Zing was fucked! And so was Faith! YAY!

The BBQ party was great, loads of food, loads of friends, and great atmosphere. We had chicken wing, onion mushroom soup, macaroni and salmon, lamb chop, sausages and marshmallows :D~~

Faith brought back a bottle of absinthe (89.9% alcohol!) from New Zealand again. Couple of us downed few shots. I had a headache after a shot. Loads of people were avoiding it but Faith was pretty good at pressuring people hence many had feel to her wicked deeds (to get people fucked) 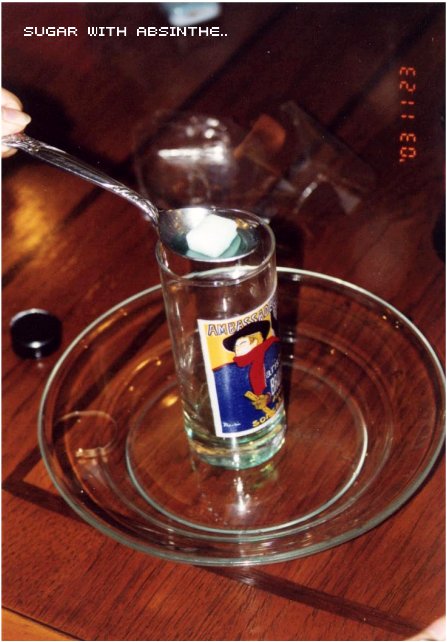 Zing was drunk. He was singing and dancing around. When he was opening his presents, he kept on repeating, ?Oh I love my present? and kept on kissing his birthday cards. 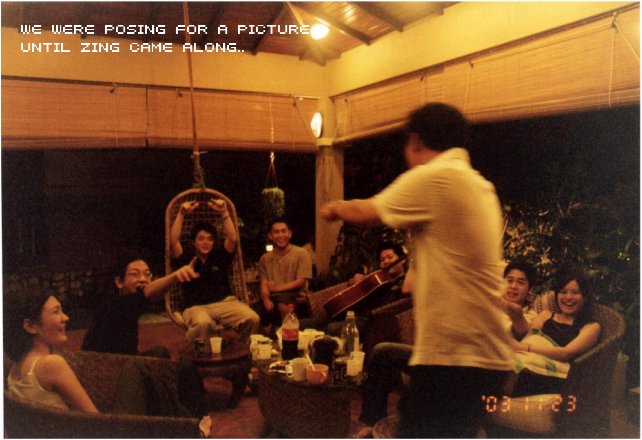 By the end of the night, Zing was fucked. Faith was vomiting on a plastic bag.

It was really a good party. Thank you Zing for the great party! 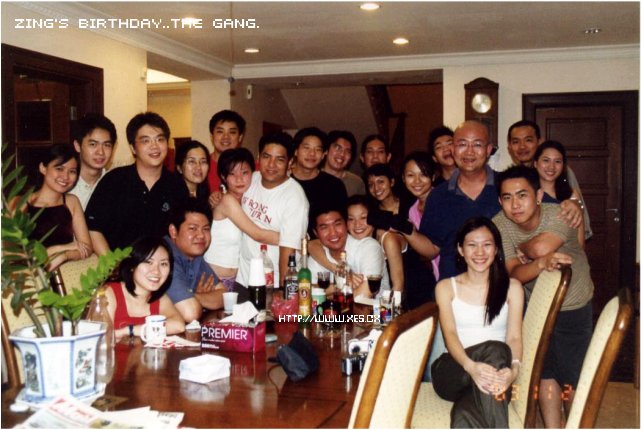 Well, my neighbourhood isn?t entirely safe. 10 years ago, a lady was forced into a car on my street. She screamed for help and as soon as my tenants heard her, they tried chasing the car with weapons. However, they couldn?t catch up with the car.

We called the police but the next day, the lady was found murdered in front of a shopping complex nearby my place? 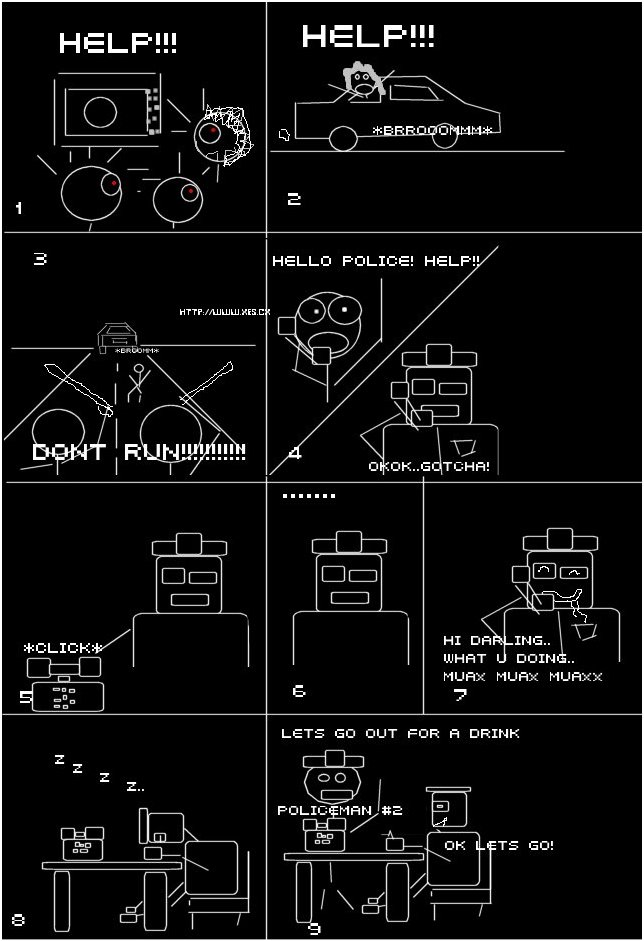 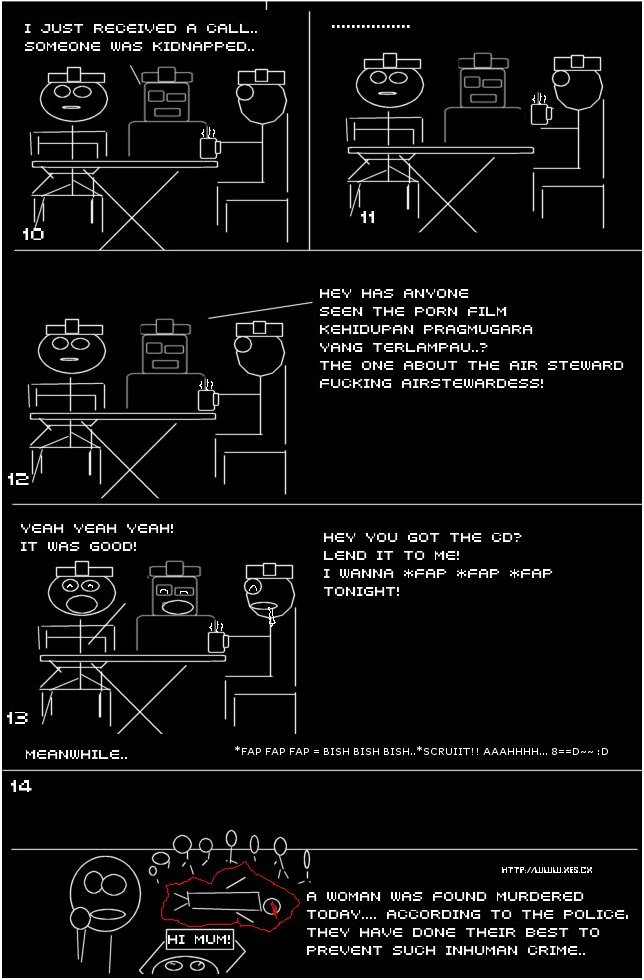